All right, so I read a book on Swedish history, which led to my new taste for lingonberries and then to commenting on Swedish news. When will it end? When will Brian J. cease with this little blog goofery fixation on Sweden?

Because I knew I’d buy a bunch.

But I did not avoid it entirely; instead, we went on Saturday, half price day, twenty minutes before they closed and about seven minutes before the volunteers started checking the charges on their cattle prods. The limited time frame, I knew, was all I could count on to limit myself, and I headed right to the LPs. 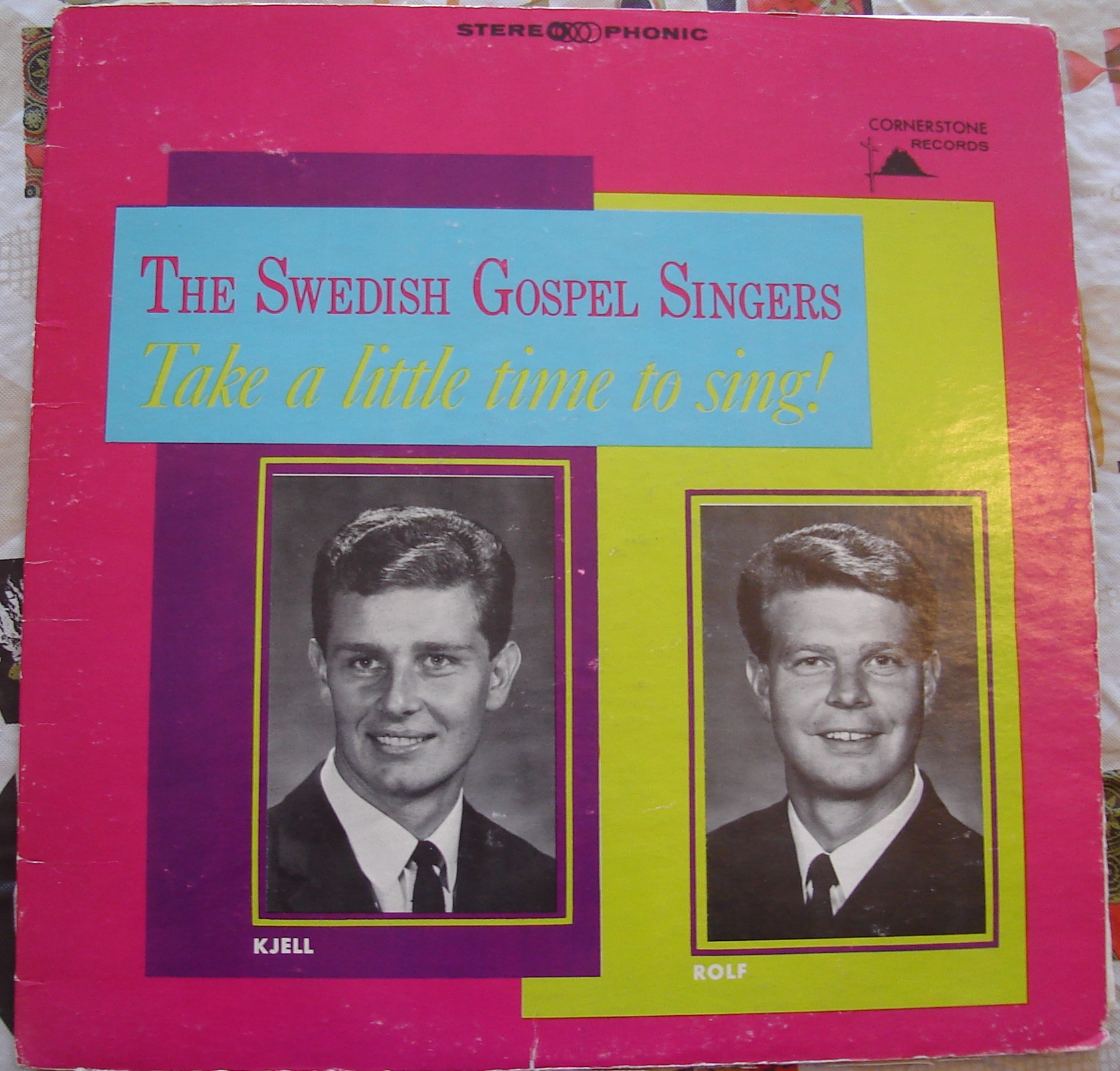 The album is mostly in accented English, although a song or two are in Swedish. I’ve only listened to it once, but it’s not bad, and I’ll listen to it again although gospel is not a native genre for me to follow, I seem to be acquiring a couple LPs here and there, especially when they’re in a foreign language.

Oh, what else did I get? A Herb Alpert and the Tijuana Brass album (….Sounds Like…), a couple of Doc Severinsen albums, a couple Mood compilations (one for dining, one for sleeping), a Longines Symphonette Society Christmas collection, and a collection of music from Brazil. The sorts of things I listen to on my hi-fi. I keep meaning to bore you with a regaling of my listening zones where I listen to music and the different kinds of music I listen to while I’m in that zone. One of these days.