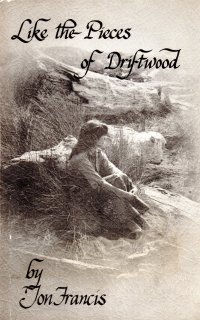 I bought this book at ABC Books a couple weeks ago and started the book as a browser during football games that weekend. Which means I cannot count it as my Poetry book for the library winter reading challenge. Because although I didn’t see it in the rules anywhere, I’m playing the game that I need to read the whole book in the prevailing period, not just the last half of it (as I did with this book) or the introduction (which I read last in Wuthering Heights).

The author of this book apparently liked to travel along the Pacific coast, often in the winter, and write about his experiences and people, often women, he met. This is his fourth collection of poetry, essentially self-published, but as that was 1979, he is a man lost to time. I tried to look for things about him on the Internet. I briefly worried that I would discover that he wandered into the woods and dies like that McCandless kid–I mean, there’s a lot of rootlessness and wandering in this book–and on of my searches found the Jon Francis Foundation, named after a kid who died in a mountain climbing accident and it took his family a year of searching to find his remains in the wilderness. But it’s not the same guy. The only traces we have of this guy, or at least in the first couple pages of search results, are listing for his books on various Web sites.

At any rate, the poetry of the author is the conversational kind of things you get from casual poetry of that era, akin to Rod McKuen or James Kavanaugh. Not as formal as grandmother poetry with end rhymes (but not the modern short line paradigm, either). But mostly they’re sentences with line breaks expressing sentiments rather than evoking them. Here’s a sample of one’s beginning, presented in image form: 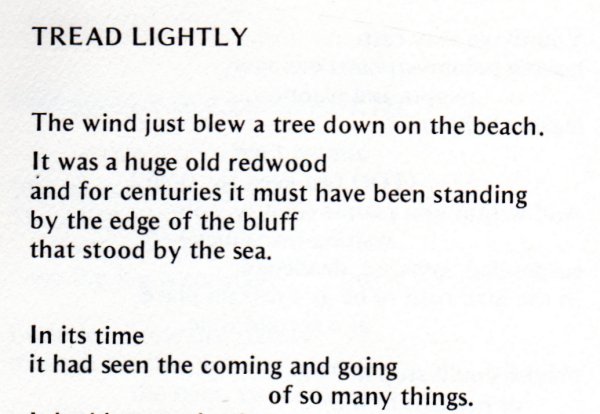 I mean, prose as poem because it has line breaks and line breaks between paragraphs, which means verses.

So, kind of relatable, but not very poetic.

However, he probably sold more books of poetry before he faded into obscurity, so he’s got that going for him.

I did want to take a moment to speculate on something. The photo on the back cover is a black and white image captioned “Jon and Trip on the Mendocino Coast.” And I for the life cannot figure out what Trip is. I’ve tucked it under the fold here in case you want to try with a large image to speculate. 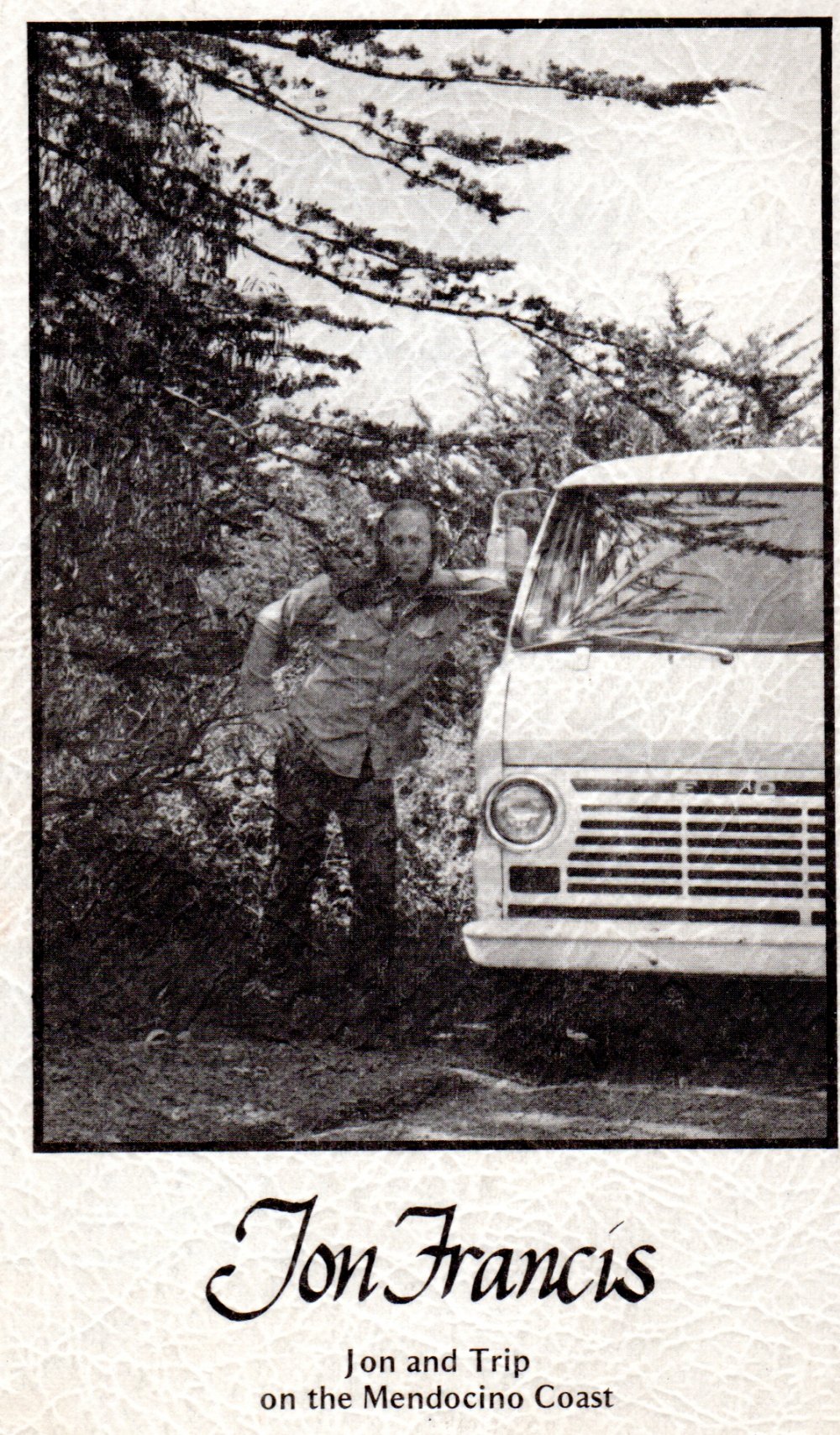 I mean, is that a dog hanging out of the van? Standing on a branch behind him? Is his demon Siamese twin? There’s nothing on his right shoulder and “Trip” is his sweet custom van? Looking at it one the blog in the preview mode, whilst shouting “Zoom! Enhance!” like in a television program, maybe….it’s an owl?

That’s why I went researching him. More the story of the picture than anything else.