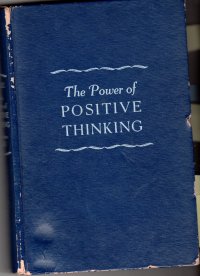 This book might well represent the longest time between reads on my shelves. I read it in late middle school or early high school when I got this copy, perhaps from the flea market up the hill from the trailer park or perhaps from my grandmother. Or maybe I am confusing it with How To Win Friends And Influence People by Dale Carnegie which I got about the same time in paperback Given that I inherited a copy of that book from my grandparents, that’s probably the provinance of this book as well–my grandmother was high up in the local Toastmasters, after all, and this would probably fit into that curriculum. Re-reading it in 2020 would put it at about thirty years, give or take, between readings, which beats out Dinosaur Time and Mike Mulligan and His Steam Shovel which I read as a child and then read to my children. Captains Courageous, as you recall, represents the longest elapsed time between when I got the book and when I read it at 30 years. Although I did pick this book up in 2012 when my beautiful wife and I tried the habit of reading books to each other in the evenings. We did not finish this book at that time, so it really is thirty some years between completions.

At any rate, I picked up this book earlier in the year because I thought I could use a little positive thinking. My interest in the book waxed and waned throughout the year as did my application of the lessons in it.

The book has chapters divvied up so:

Each chapter has a basic formula: A bunch of personal anecdotes based on people Pastor Peale met in his church or in his travels to talk about the lessons of the books he has already written prior to this book. The conversations are recounted with such detail that he must have either jotted down extensive notes immediately or dramatically recreated them whilst writing this book. He meets someone who has some troubles, and he either helps the man (generally) solve the problems through prayer and Bible-reading or that person has already solved his problems or is generally happy and successful because he reads the Bible and prays. Most of the someones are businessmen, as that’s probably the target audience for self-help books like this in the 1950s, but the approach helps married couples, too. At the end, he generally sums up 10 lessons from the chapter and then tells the reader to apply them.

So the book is basically a Christian self-help book. The contents and topics and lessons rather match the practical mindfulness and lightweight Buddhist things I read: be in the moment, breathe/meditate/pray. Be outgoing and kind. That sort of thing.

I mean, one can easily imagine Julian Lynn, the Yoga teacher and author, saying this but swapping out God for Atman:

Another effective technique in developing a peaceful mind is the daily practice of silence. Everyone should insist upon not less than a quarter hour of absolute silence every twenty-four hours. Go alone into the quietest place available to you and sit or lie down for fifteen minutes and practice the art of silence. Do not talk to anyone. Do not write. Do not read. Think as little as possible. Throw your mind into neutral. Conceive of your mind as quiescent, inactive. This will not be easy at first because thoughts are stirring in your mind, but practice will increase your efficiency. Conceive of your mind as the surface of a body of water and see how nearly quiet you can make it, so that there is not a ripple. When you have attained a quiescent state, the begin to listen for the deeper sounds of harmony and beauty and of God that are to be found in the essence of silence.

And as for practicing thinking positive thoughts:

It is important to eliminate from conversations all negative ideas, for they tend to produce tension and annoyance inwardly. For example, when you are with a group of people at luncheon, do not comment that the “Communists will soon take over the country.” In the first place, Communists are not going to take over the country, and by so asserting you create a depressing reaction in the minds of others. It undoubtedly affects digestion adversely.

Well, that eliminates a lot of my conversation in the 21st century and some awkward moments when my beautiful wife says, “It won’t be so bad,” and I respond.

It’s good to see that some conversation topics have not gotten outdated. Perhaps after the remark, you should offer everyone a Camel to really keep it 20s 50s. Although I would never offer a cigarette to my wife.

It may be said that three men vitally affected the thought processes of Americans: Emerson, Thoreau, and William James. Analyze the American mind even to this late date and it is evident thath the teachings of these three philosophers combined to create that particular genius of the American who is not defeated by obstacles and who accomplishes “impossibles” with amazing efficiency.

One can certainly see the influence of William James, both the Will to Believe and The Varieties of Religious Experience, in Peale. It’s kind of sad, though, that this doesn’t seem to be too much the American thought these days. Too much it’s not “We can solve this problem!” More “We must cede authority to the government to mitigate the effects of the insoluble problem.”

Donald Trump was a member of Peale’s church, you know, and NVP himself conducted Donald Trump, you know.

In some places, Peale demonstrates an open-mindedness to unexplained phenomena that I’m sure put many theologians off:

Scientists working today in the field of parapsychology and extra-sensory perception and experimenting in precognition, telepathy, clairvoyance (all of which were formerly considered paraphernalia of the cranks, but which are now of sound, scientific usage in the laboratories), are expressing themselve as believing that the soul survives the barrier of time and space. In effect, we are on the edge of one of the greatest scientific discoveries in history which will substantiate, on a laboratory-exploratory basis, the existence of the soul and its deathlessness.

Here in the 21st century, we’re still working from Heaven Is For Real anecdotal evidence. And the scientific exploration of ESP and whatnot did not lead to any breakthroughs. But his open mind flies in the face of some theologians and atheologians even today.

Apparently, critical theologians also knocked Peale’s practical approach, his focus on living your best earthly life according to the scriptures, focusing on the parts of the Gospel and the Psalms which are about not worrying and living your life to its fullest, using your success as a testamony to God’s provision. The modern equivalent is prosperity gospel, which even today gets knocked by some who would have other theologians (not themselves) putting on the ashes and wearing sackcloth. Or at least not proudly proclaiming that God is good whilst being successful.

The book reads a little higher than the sixth grade level you get from more modern books–clearly, Doctor Peale has read classically and has a vocabulary. So it slows one’s consumption down a little. And the events of 2020 slowed me down as well. I cannot say that the book changed my life either time as I’m not predominately a positive thinker–although I do recognize its value and try to do so when I think about it, but it’s not my default. The book seems a little more resonant with me compared to the Buddhist things, though, as it’s told by someone I can recognize, an American, not just someone participating in a recent-arrival trendy mindfulness trip.

Your mileage may vary, of course.

After re-reading this book, I bought copies for all the members of my family, though, so I suppose that’s about as ringing of an endorsement as you can get from me.

2 thoughts on “Book Report: The Power of Positive Thinking by Norman Vincent Peale (1952)”