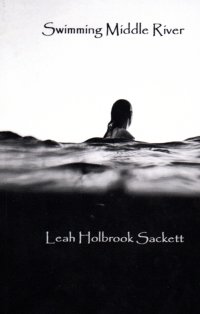 I worked with Leah a bit fifteen or so years ago when she was Leah Holbrook and did some freelance copywriting for the interactive agency where I worked. I saw last week on LinkedIn that she had published a book, so of course I ordered it. Friends, if you publish a book or your kid releases a CD, I will buy it. I will even get tickets to a musical if you’re in it, which fortunately does not happen terribly often, as tickets to Jesus Christ Superstar for my whole family runs to almost two hundred bucks. I prefer the fifteen dollar books or CDs, thanks.

At any rate, it’s a collection of short stories. The first is about a middle-aged man going back home to look for a loan from his grandfather, and he reminisces about preteen sex with his cousin and then in the past discovering that his by then maybe teen-aged cousin is also diddling said grandfather, and record needle scratches to a stop….

You know, I went to a single meeting of the Casinoport Writer’s Group at the Casinoport Community Center, it took mere minutes in the meeting before the assorted middle-aged women went on about pedophilia which squicked me right out. So I never went back, and I have avoided other adult writing groups. The lead story in the volume isn’t convincing me otherwise.

So the stories kind of deal with that sort of thing: personal relationships/sex, teen sex, kids of broken homes, and the like. So, literary. Although I have written literary fiction in my time, they tend to have less sex in them (see “To a Good Home” and “The Brooch“).

So the writing’s all right, but topically not my bag, baby. Nine stories over 126 pages, so a pretty quick read. And if you’re into literary fiction, perhaps you’ll get more out of it more than I did. Now, back to genre fiction for me.

I’ve been kicking around the idea of putting out a collection of short stories, probably entitled To A Good Home (which might be the best short story I have ever written). However, I am afraid I would sell fewer copies of it than I did The Courtship of Barbara Holt, which is one, now that Charles Hill has passed.