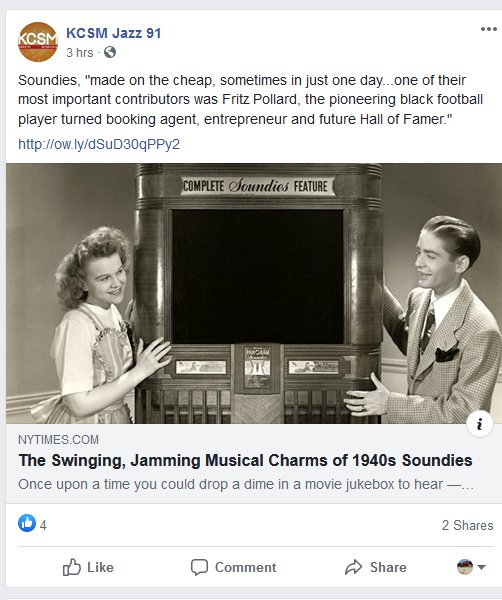 Which links to a recent bit in the New York Times entitled The Swinging, Jamming Musical Charms of 1940s Soundies that describes Soundies, which were little 16mm reels of music video that played in vending machines. You pay a dime, you see a song.

It was funny to see this on Sunday, as my beautiful wife put a Soundies reel on my desk on Saturday. 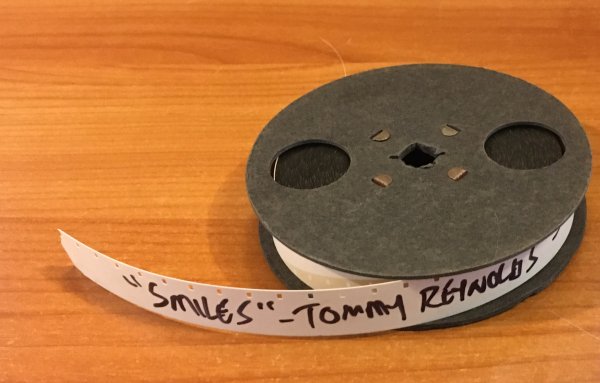 As I mentioned, I became the world’s biggest collector of Tommy Reynolds records because my cousin (once removed, by marriage) sang for them in the Soundies era.

I bought this reel and took it to the local transfer shop in December or early January; they told me it would be a couple weeks, but stuff happened. Last week, they called because it was still lying around their shop, although they hadn’t called me to come get it before. So when my wife was out in that part of Springfield on Friday, she picked it up and put the DVD and source reel on my desk on Saturday.

I haven’t looked at my DVD yet, as the computer doesn’t have a native DVD player app in it (what? Is this 1998?). But you don’t have to borrow my DVD; you can find this song on YouTube:

But watching it on YouTube and owning the almost eighty-year-old movie reel yourself are two different things. I, unlike most of Internet-connected humanity in the twenty-first century, am of the latter sort.

Now, to find a Mills Panoram machine to play it on….