Today, we had a unit on Sophocles and Aeschylus. 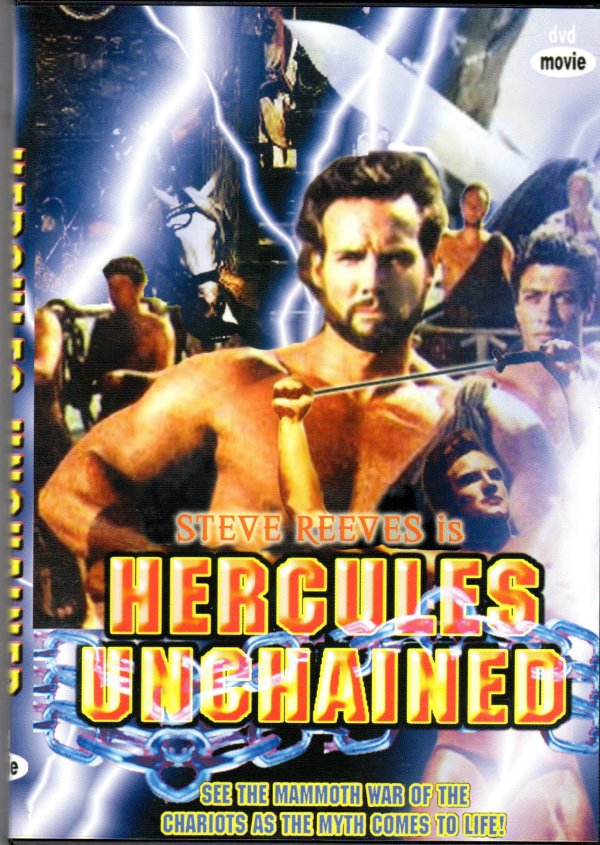 As I have mentioned before, in the days before cable and the Internet, you really had a limited selection of things to watch, and we watched Hercules and Hercules Unchained on Saturday and Sunday afternoons along with a whole host of peplum. Although I remember the Sinbad movies as well, but it looks like those were not products of the 1960s but the 1970s. And a whole bunch of Zorro.

I like recapturing those Saturday and Sunday afternoons when I find a film like this one at some yard sale or another and watching it, sometimes with my boys (who don’t mind the old films so much since I’ve inured them to it with viewings of old films like The Iron Mask and National Velvet).

And then I do a little research and learn tidbits of trivia (“research” means I read the Wikipedia entry for Steve Reeves) and learned Internet truths like he was the highest paid actor in the world in his day and that he was considered for the roles of Doctor No and The Man With No Name.

But, clearly, I am not watching the old films as fast as I thought I would at the beginning of last year. Perhaps the coronacation will allow me to catch up a bit.