As you might know, gentle reader, I come from a line of carpenters. My great-grandfather and my grandfather and then my grandfather and father were two sets of Noggle and Son remodeling. My father knew how to do everything and often did. My mother was unafraid to tackle large remodeling projects. My brother, too, is like a Borg infesting a house and improving it. And, as you know, I have done a bit of (rudimentary) furniture making.

I am pleased to say that carpentry skill is indeed transmitted genetically, as my boys (mostly the younger) has taught himself how to use tools (auto-didactic because working on anything his father does is like, you know, work). So they have set themselves to building a birdopolis outside their bedroom windows: 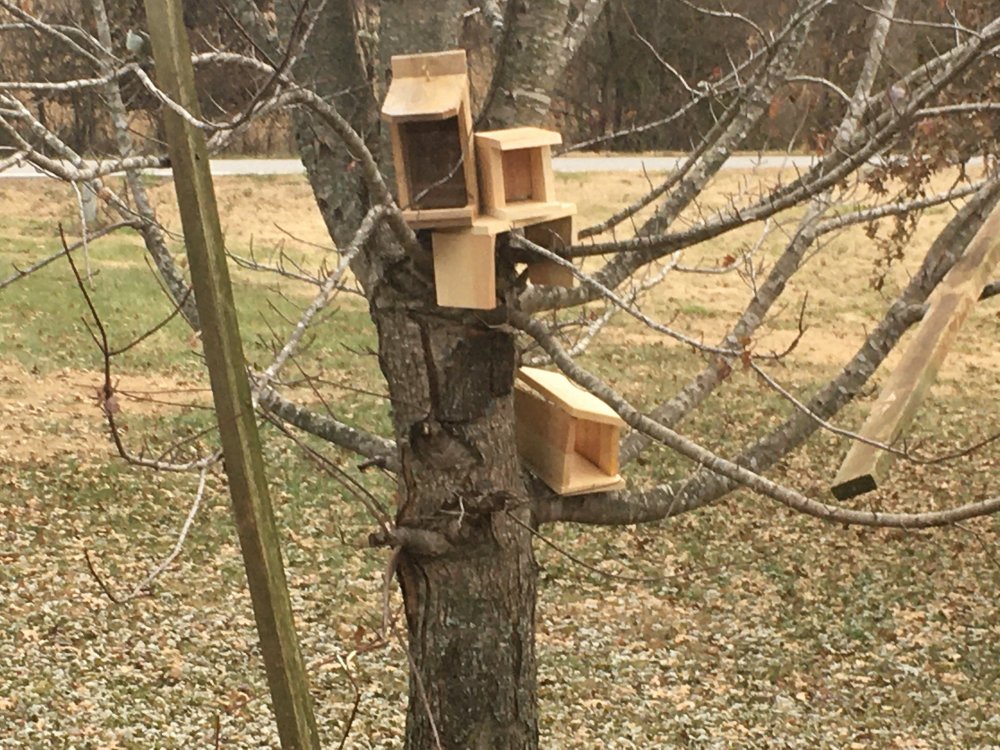 He used pine boards not cut but broken during martial arts testing and a couple nails, and not much more.

Apparently, the birds have seen these fine domiciles and have determined that the rent is surely higher than they can afford, as none have yet moved in.