So on Tuesday, our dryer shot craps.

The timing really didn’t work for us. As I mentioned, I was out of town over the weekend, which meant that Nogglestead had a bit of a laundry backup as I am the majordomo of the household. So we had a pile of laundry to catch up on, but when I opened the door on the dryer, the clothes within were still wet.

This sometimes happens when one of us puts the load in the dryer and doesn’t think to turn it on. The timer on the dryer is mechanical and will count down even if you don’t turn the heat and blow on.

So I turned it on, and when I came back a second time, the clothes were still wet, so I knew something was wrong.

I didn’t have time to troubleshoot it myself, he said defensively, so I called upon Sears Home Services (not a paid endorsement) because I know that they can usually send someone out in the next day or so with a truck full of parts to repair appliances.

I don’t have enough places to hang laundry in my house, and although I have toyed with the idea of putting up clotheslines outside from time-to-time, I had not actually done so.

Luckily, though, like any D&D player who ignores the encumbrance rules, I had some rope and ten foot poles–or at least eight foot long 2x4s, and unlike a 1st level Fighter, I had ratchet straps. So I could quickly improvise a clothesline for emergency drying purposes. I ratchet-strapped the 2x4s to posts on my deck, drilled a hole through the wood, and fed the rope through. 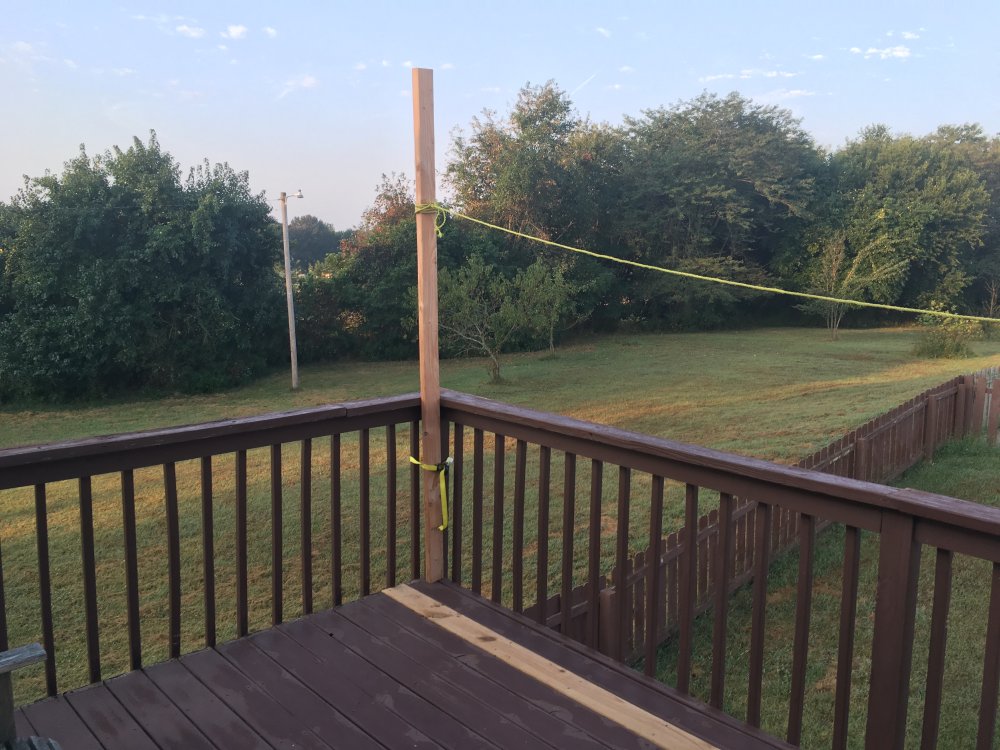 And it worked. I could hang some laundry to dry. Not only did I dry the two loads that were already wet, but I ran a couple loads on Thursday just in case the appliance repairman couldn’t make it.

Look at me, all MacGyver and whatnot.

I must have had ratchets on the mind as I showed my brother the proper way to use them last weekend when we cinched some plywood onto his minivan. I’ve mostly used them to reseat flat tubeless tires on my lawn mower or dolly, and I’ve generally had to watch YouTube videos on how to feed them every time because I’m prone to feeding them the wrong way and having to cut the straps loose. But the proper use of them must have finally stuck with me, as we were able to load and unload the plywood as expected.

When I was getting the straps out, though, I noticed that I had left one of them coiled around the ratchet. As though some years ago, I had not known how to remove the strap once the tension was released. So I just left it for Future Me to figure out. Some years later, I actually knew.

I’m not saying that my ratchet-fu is perfect. 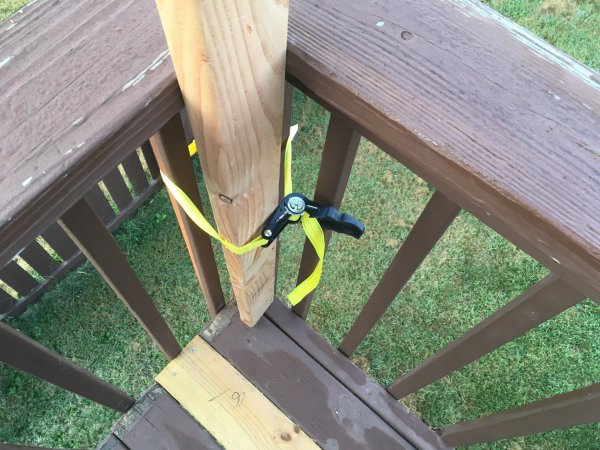 I managed to position the ratchet on one post so that I could not release the tension to remove it once our dryer was repaired. One of the deck’s boards was in the way.

Past Me would have cut the straps or something. Present Me, who obviously has some experience working on the deck (note the freshly replaced board in the pictures) simply knocked one end of the prohibiting board loose, let the strap loose, and then nailed the board back into place.

At any rate, it made me feel delightfully competent, and my beautiful wife was impressed. So I got that going for me.

I’m not blogging to brag. I’m blogging so a couple years from now I’ll know why the 2x4s have holes in them.