So yesterday, I found myself at the St. Elizabeth Ann Seton annual sale, and they had a couple of boxes of records. I found a couple that looked interesting and bought them along with a couple of glass vases to etch.

Then, I found myself at Relics Antique Mall as my wife is looking for some wall decorations for the guest room that we painted three years ago and have had bare walls since. While she looked for something to match her tastes, I flipped through some bins of records. Some of the bins are getting nuts as far as pricing goes–one of my go-to end caps had some priced at $14 or $24 dollars (although the sign said half off of everything, that’s still a little much for my taste). However, another stalwart end cap still had records for $3 each, and I’m getting more comfortable with buying records at that price.

So here’s what I got: 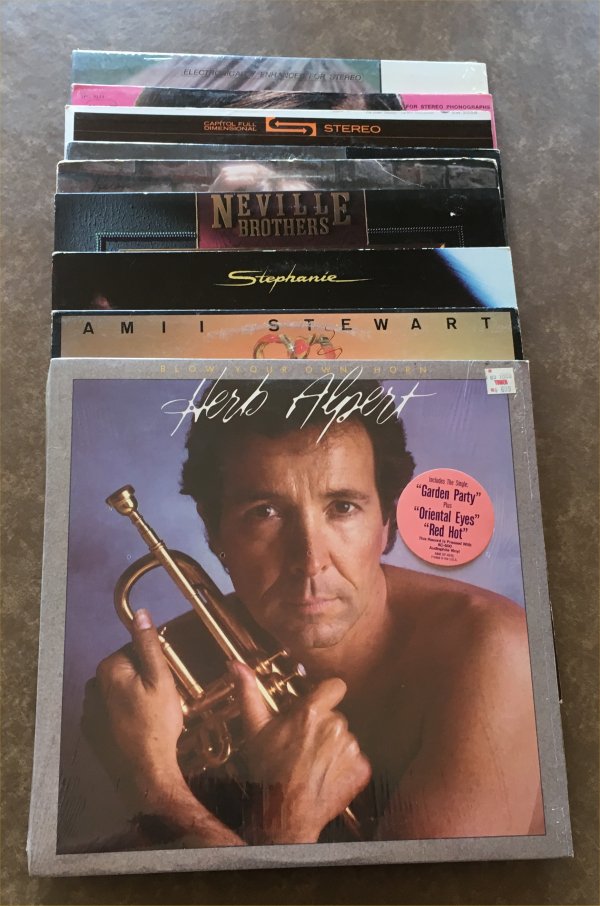 I also bought a new circular saw so I can continue on my construction of the new record shelves today. Unless I spend the whole day blogging, I guess.