You know, Springfield is not Milwaukee. In Milwaukee, you can find more than one church festival on any given weekend, even the weekends where Summerfest is or one of the heritage festivals is running down on the lakefront and drawing tens of thousands of people.

No, in Springfield, only two churches through proper church festivals with food, music, and whatnot. St. Elizabeth Ann Seton Catholic church and St. Thomas the Apostle Greek Orthodox church are about a mile apart on the southwest side of Springfield, and they both have their festivals on the same weekend.

Given that I’m half Catholic and went to a “Catholic” university (Catholic in quotations because it may have been founded Catholic, but it’s all modern university), you can probably guess which I attended.

I am half Catholic, but all Milwaukeean. I went to both: St. Elizabeth Ann Seton on Saturday and St. Thomas Apostle on Sunday.

As my boys and I were entering the festival on Sunday, I saw a man with a camera, and I briefly thought he might be for the News-Leader, but I dismissed it. Most of the time, the faces in the crowd photos are taken by Brenna Stark or Karen Bliss, who you might remember was following me around a couple weeks ago. The photographer took a pass on taking a picture of moi, but it turns out it was the News-Leader‘s photographer.

Instead of me, he captured jazz vocalist Kristi Merideth: 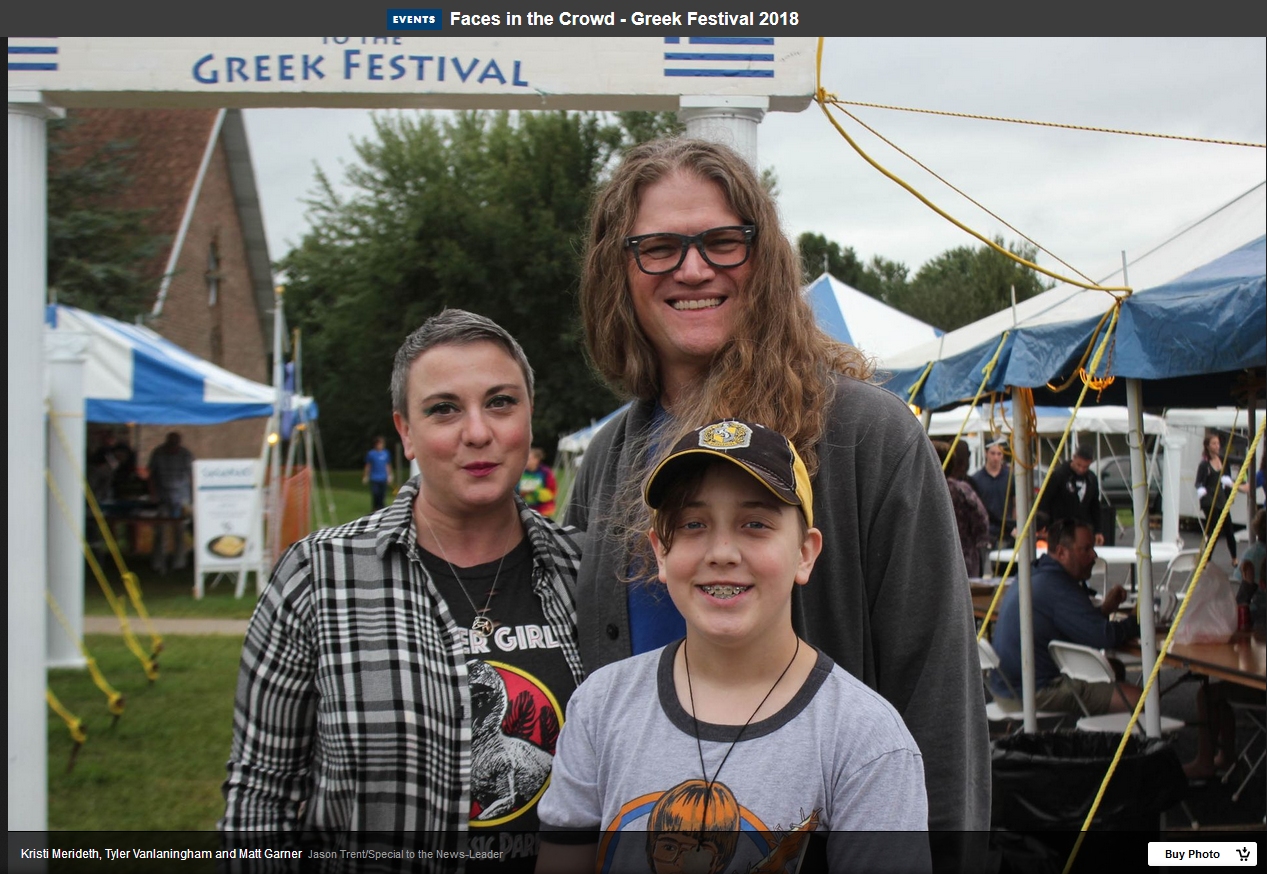 Kristi Merideth, unlike Erin Bode, is a local performer who does shows individually and with a band called 83 Skiddoo. I’ve meant to catch her live, but her performances don’t tend to coincide with the date nights my beautiful wife and I infrequently enjoy.

Here she is singing “Rhode Island Is Famous For You” from her self-titled EP which I picked up a couple years ago:

Full disclosure: Our children go to school together and, dare I say it? play in jazz band together. But I don’t know Ms. Merideth other than to say “Hi” and “How are you?” a couple times over the years.