So yesterday, I’m scrolling through the gallery of people attending a recent Alison Krauss concert, and there, just like she were a mere mortal, was Erin Bode. 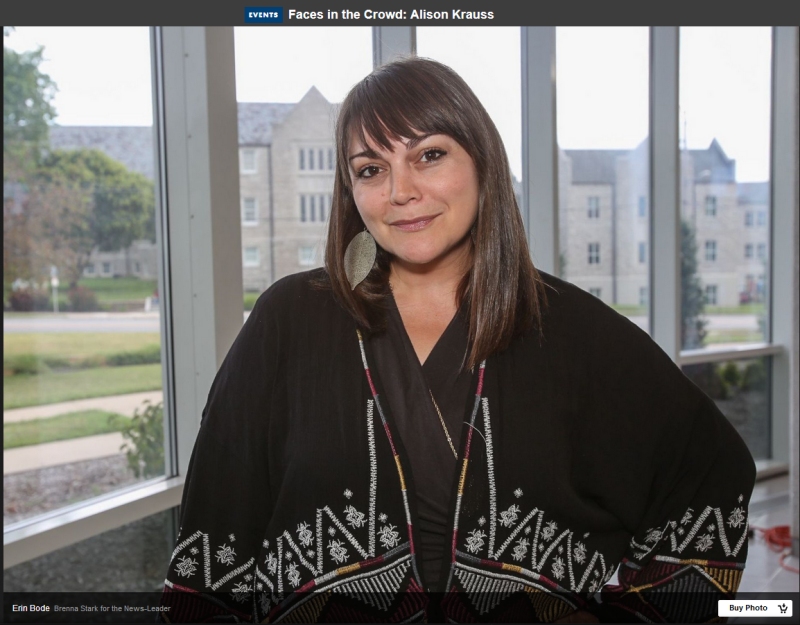 That is jazz vocalist Erin Bode. I’m not sure the photographer from the News-Leader knows it.

I’ve seen her twice in concert. Once at a little club in Clayton called Finale where I dragged my beautiful wife on a date night sans our only son at the time. The other was at the Old Trees annual musical festival, where I walked up without the family to catch a bit of her set. I got her 2006 album Over and Over and listened to it, well, over and over in the office where I worked five flights above Washington Avenue.

Strangely enough, I don’t have any of her other albums. Which might mean that my musical purchase might become unbalanced in the coming months.