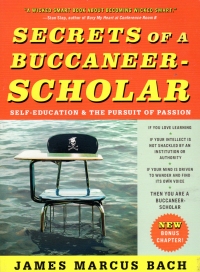 It took me a little while to get through this book. I took it with me when I went to Leavenworth in July, and I made it about a third of the way through it then, but it’s been relegated to my carry book in a season where I don’t have much time to read my carry book. Let me again explain the “carry book”: It’s usually a smaller paperback that I take with me when I’m going to have an hour or so to read at a location that’s not one of my primary reading recliners (PRRs). Normally, these spaces include church over the Sunday School hour, the martial arts school when I’ll be there an hour before my class begins, or church while my child or children attend the Wednesday evening programming. In summer, our schedules are off, and I don’t really get to sit and read outside the house. So carry books tend to sit on my dresser (like the Montaigne, sometimes for a long time indeed). But with the start of school, our schedule allows me time to read my carry book again, and I read most of the back half of it yesterday while my child attended Wednesday night activities.

So, about this book.

Bach talks about how he dropped out of school and charted his own path in the computer industry by using his own learning methods, and he codifies them a bit, gives them names, and explains how they work together. Basically, it’s about not being afraid to try, being comfortable with your own pace and limitations, and not giving up.

He describes his own struggles with worrying that he could not or would not learn something. Part of the process is backing off and then reengaging with a topic later and learning cyclically, by learning some things and then filling in the gaps of what you’ve already learned with later engagement with a topic. Man, I hope this works, since I’ve certainly spent my share of time backing off of the higher physics and math I’ve grappled with this year.

At any rate, it ended up being an enjoyable book, but the tripartite focus diminshed it a bit and made it something I could put down for months, but not years. I got something out of it: reinforcement of the patience in learning that I’ve learned as I’ve gotten older.