I’m not talking about any advertisement for a Taurus Judge. I’m talking about the Witness Elite ad that has a robot woman with semiautomatic pistols for legs.

For your sanity, I’ve put it below the fold. 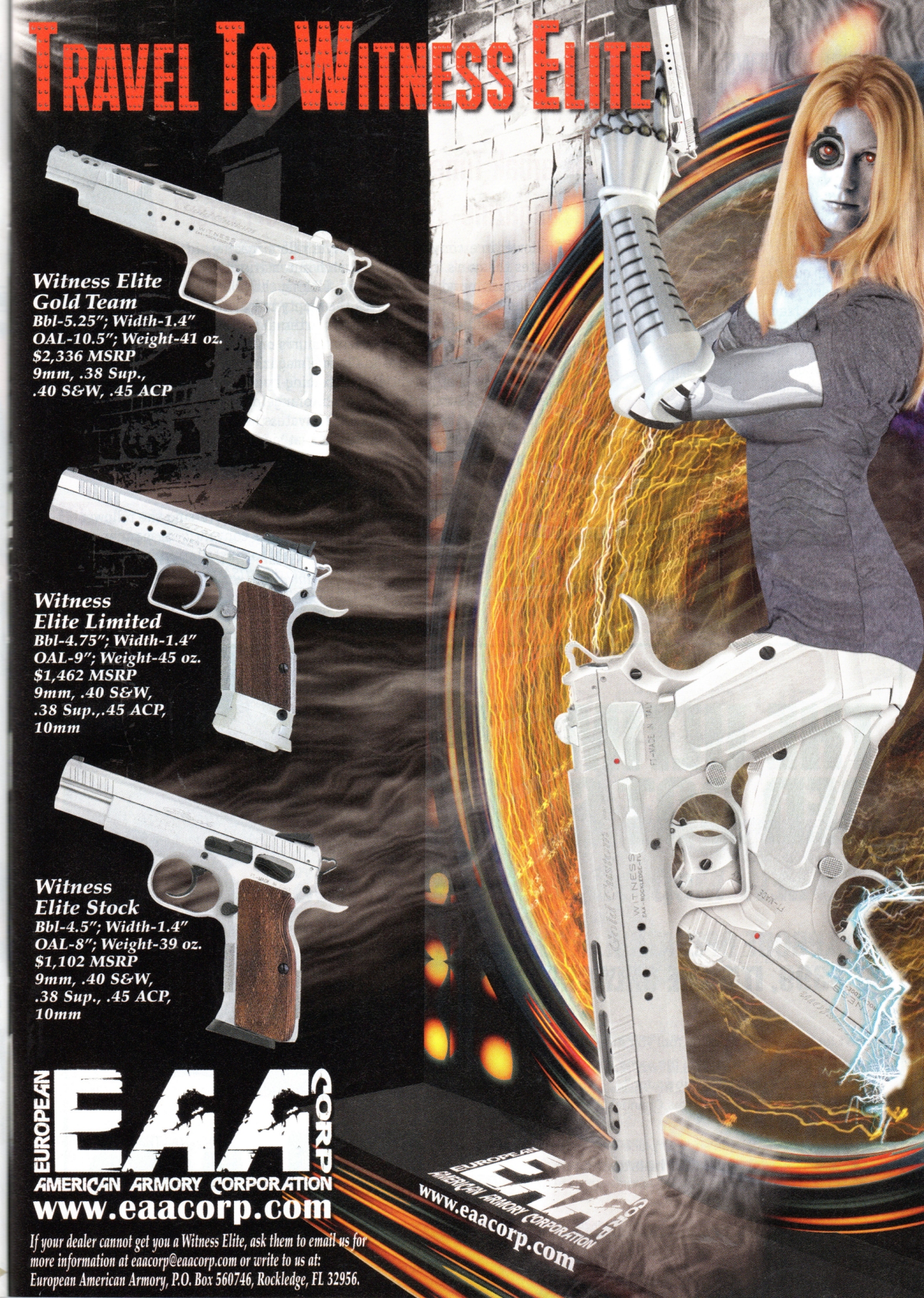 This being the Internet, undoubtedly there’s someone out there who’s into that thing. The ad designer was undoubtedly a fan of the film Grindhouse and the character Cherry Darling.

Me, I’m going to sleep with the night light on.

Philosophical question: Is this more or less unnerving than the Heineken robot woman beer keg?

I’ll take the less side in the argument because there’s no music.

5 thoughts on “A Gun Ad To Give You Nightmares”