Back in the 1980s, which is well nigh 30 years ago, and since it’s before the Internet it might as well prehistoric, we would buy computer magazines with programs in them. And we’d type them in.

You see, storage for computers at the time was strange; you could have a floppy drive, you might have a cassette recorder where you recorded stuff to tape in audio beeps and boops that you could load back into the computer by playing the cassette, or you might not have any storage at all and your computer’s memory might go blank when you turned it off.

Oh, those were heady days. You could buy games and whatnot on disk or cartridge, but you could also buy a magazine with a bunch of programs in it and type them in yourself. 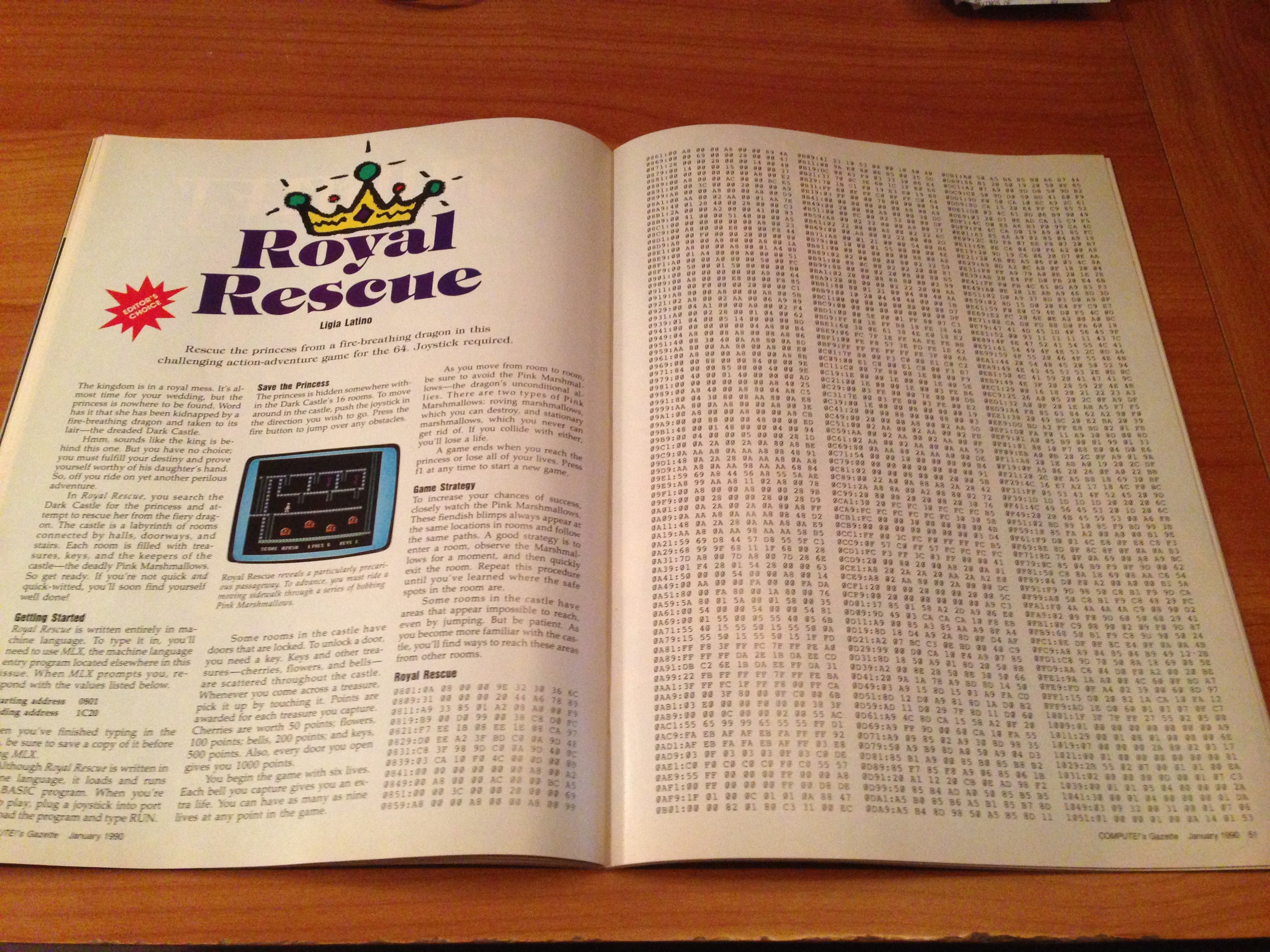 You see, we had no Internet back then. Heck, in the middle of the 1980s, we didn’t even have cable television down the gravel road I lived on. So there was a lot of time to type these things in, try to run them, and then hunt for typos. When you were done, you had something rudimentary that you would play once or twice and then stick on a disk and never play it again.

The magazines had their little helper programs, too, to help you with the program typing. Most had some sort of automatic checker program; you’d type in (and then save and load as needed). You’d then run that program and type the lines of the BASIC programs in the magazine within the helper program, and a little checksum would indicate if the line was horribly awry. Or they’d have a little BASIC program for loading machine language programs, so you could spend hours typing something like the above into the computer and (hopefully) have something interesting on the other end.

Man, I sure did have a lot of time on my hands as a young man, but I had no job, no where to go, no cable, a party line that prevented dial-up computer access, and a Commodore 128.

Now, as an old man, I still have those magazines stashed where I can get them quickly as well as a number of Commodores I could hook up to run the programs. As to the programs themselves, the ones I wanted to type in back in the day are still on their floppies with the C64s. If I had just a fraction of the time I had in my youth, I would dig them out to play with them again.