A fellow from Wisconsin shot a hole-in-one and bowled a 300 game in single day.

Fark‘s got the link and asks, in comments, how he could complete the trifecta. Unironically, the previous story linked on Fark is Ten ways to make hockey better. Add your eleventh (voting enabled).

Sometimes the most obvious solutions are the hardest to see. 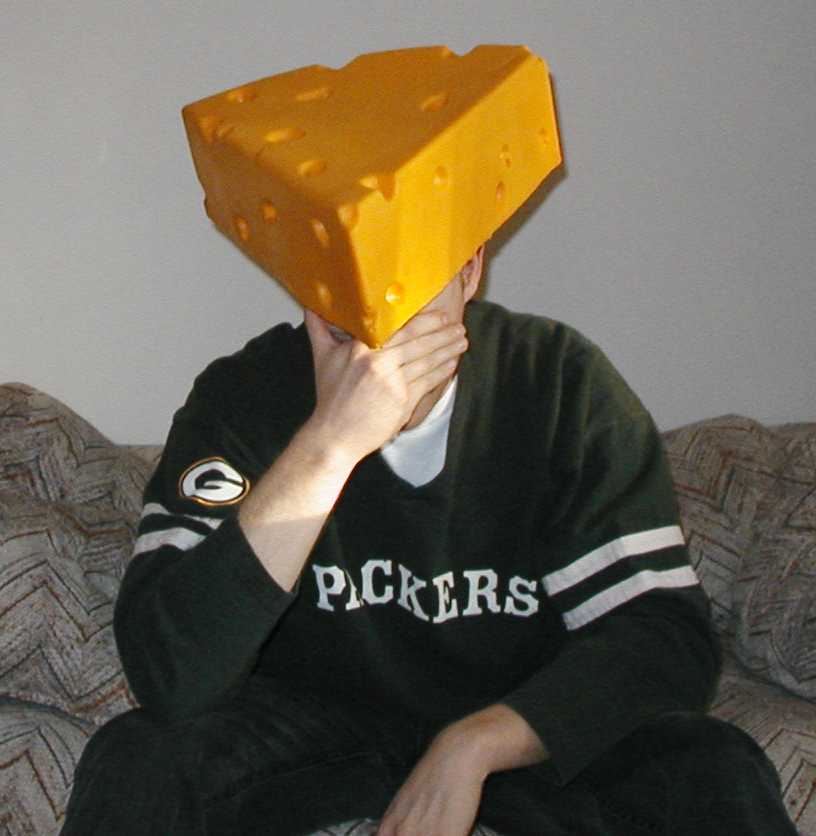 Oh, man, now that the Packers choked up a 17 point lead to Kansas City, Cagey’s either going to be:

A tragic accident occurred in Atlanta. A promising young hockey player, just a year or so removed from Rookie of the Year and scoring a bucket of goals in the All Star Game, runs his Ferrari into a wall at 80 mph. It’s not as tragic as it could have been; he’s only got a broken jaw, but his passenger is in critical condition with a fractured skull. They’re lucky to be alive, and with any luck they’ll remain so.

But here come the prosecutors….

Atlanta Thrashers star Dany Heatley was charged Tuesday with reckless driving for veering off a road and slamming his sportscar into a wall at about 80 mph — a crash that left him with a broken jaw and teammate Dan Snyder critically injured with a skull fracture.

Heatley was also charged with serious injury by vehicle, a felony, and three other misdemeanors — driving too fast for conditions, driving on the wrong side of the road and striking a fixed object, according to the police.

Once again, the legislators in their attempts to do something! about crime have given prosecutors bolts of felonies and swatches of misdemeanors to properly accessorize every ill event. Instead of double jeopardy, we have a larger charge accompanied by an exploded view of its component parts. Common sense would indicate that reckless driving comprises driving too fast, leaving your lane, changing lanes without use of the directional signal, and then striking a fixed object, or maybe just narrowly avoiding a fixed object which is a undoubtedly a lesser charge. But before the myopic eyes of the law, these are all crimes in and of themselves.

So in addition to having to live with the emotional consequences of his actions, Heatley’s now eligible for a Gordie Howe length career in the penal hockey league. Prosecutors will say that these tough laws will make kids think twice about believing they’re immortal and driving fast. Because kids have already discounted their own deaths and the crippled and crushed bodies of their friends and have have dismissed the deterent within those threats; a couple years in jail? That’s real to the young.

Criminey, the first person to run for office with the stated goal of eliminating three quarters of our redundant and superfluous laws earns my indentured servitude. I am getting tired of having my personal attorney preceding me everywhere and identifying each and every infraction I might commit and running the complex multiplication necessary to determine my total sentence if I jaywalk and cross outside a designated crosswalk at the same time while walking an unlicensed bike.

In today’s St. Louis Post-Dispatch, columnist Dan O’Neill, who once deservedly got raked over the coals (deservedly so) for getting several St. Louis Blues players’ names wrong when he covered them (probably while intoxicated), pens a laundry list of hockey nicknames and calls it a column.

So ever since I have been a Blues fan, I’ve applied my own nicknames to the players, from afar, of course, since some of those gentlemen are bigger than I am. So hear they are, for your enjoyment:

Aren’t those much cooler than what the hockey players themselves use? Perhaps the NHLPA can hire me as an official Alternate Collquial Designation Originator or something.

As St. Louis “Football” Fans know, the NFL no longer allows players to gather in the end zone like a string of can-can girls to taunt the opposing team with a revue designed to show their potence at scoring touchdowns.

However, that’s not the case for civil rights activists. This week here in St. Louis, a bunch of people gathered outside a bank where they successfully protested forty years ago. The celebration included picketing the bank for old time’s sake.

Of course, to the passersby, it looked like some group was picketing the bank for current grievances, not shouting the old-timers’ equivalent of boo-yeah for previous picketorial success. So anyone who remains influenced by a picket line — which is probably limited to members of the Plumbers, Pipefitters, and Sprinklerfitters union that promotes itself during Cardinals ballgames and to Dick Gephardt– probably wouldn’t go into the bank, which forty years ago capitulated to –I mean, negotiated a comprise with— the protesters. It looked like the bank had done something offensive, insensitive, or anti-proletariat now.

So let this be an object lesson to those who would alter their business practices to suit the agitators in the community. Even if you give up and give in or, infrequently, better your business at the behest of activists, you’re just setting yourself up for triumphant returns and celebrations in the future (if you’re lucky) or repeated shakedowns, I mean bilateral communication of community concerns if you’re not.

So Dominik Hasek, a goalie who bailed out on the NHL after winning the Stanley Cup last year, goes home and gets a little rough in a roller hockey game, sending a player to the hospital. Big hoary deal. Sure, he tried to fight Patrick Roy, but that’s goalie-on-goalie action.

Jean Sebastian-Giguere, my new hero until such time as he signs with the Red Wings, went after a Calgary forward. He’s got, um, pucks as big as manhole covers, I kid you not.

I guess Giguere’s not a Vezina winner, yet, but I kid you not he’s got a Conn Smythe trophy coming.

(Hasek link from Fark. All other research from my own memory supplemented by Google.)

(P.S. Sorry, folks, but it was only a matter of time until a hockey post broke through. I am still capturing developers at the coffeepot to tell them how I think the St. Louis Blues are going to do next year and what I think the Collective Bargaining Agreement ending after next year will mean for the NHL, so it’s only natural something like it would leak out in the blog.)

I quoth from the book of Albom:

Instead of going indoors in early May, you can mow the lawn and say, “I can’t believe the Wings lost like that.”

On an unrelated note, http://www.dfp.com is not the URL for the Detroit Free Press. Don’t try this one at work, folks.