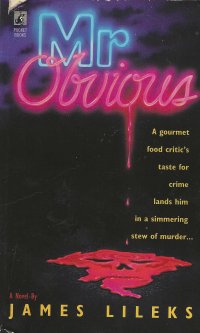 So I ordered this book from Amazon a while back because although I have read some of his nonfiction (most recently Fresh Lies in 2011(?!) and Mommy Knows Worst in 2005, when this blog was fresh and new–although I have read The Gallery of Regrettable Food and Interior Desecrations before I was book reporting), I have not delved into his fiction.

According to his Wikipedia entry, Lileks has four books of fiction: Falling Up The Stairs from 1988, which precedes this book and has the same characters, so this book alludes to that book; this book, from 1995; and then two books released exclusively electronically, Graveyard Special in 2012 and The Casablanca Tango in 2014. I have on the Internet and reading Lileks for a long time, so I remember when he was talking about writing and releasing those books, and it seems more recent than eight to ten years. But when you get to a certain age, a decade was just a little while ago.

So this book is the second book featuring local newspaper columnist Jonathan Simpson, formerly of a big city daily but now writing food columns for the local free weekly (see book #1 for details). After doing a radio spot with a local personality whose ratings are in free-fall, Simpson is hit by a bullet meant for the radio talker. After being in a coma for three months, he starts looking for the assailant. Well, sort of: He can’t actually walk, so he’s around people who kind of investigate and who carry him or push him in a wheelchair for a while. Meanwhile, he deals with the large house that fell into his lap (see book #1) and a potential love interest with alopecia.

I started reading the book thinking it was great. The writing is pure Lileks, with the digressions into different learned subjects and amusing metaphors. But I got about one hundred pages in, and I realized that the protagonist wasn’t really leading the action–things were happening to him. About page 150, he starts taking some agency, but the plot was kind of convoluted and the story-pacing was slow. The whole exercise was a platform for Lileks to, well, Lileks. Overall, his blog The Bleat and columns are better sized for that.

So I was a little disappointed with it, ultimately. I will probably pick up the first of the two books (and by pick up, I mean order from Amazon since they’re not thick on the ground around here) as well as his other nonfiction from the era. But I am impressed that Lileks had a big publishing contract in the 1980s and 1990s. I mean, wow, okay. One might think his career arcked downward early–his biggest book publishing and syndication came before the turn of the century–but I hope he doesn’t think that. After all, I enjoy his columns in The National Review and The Bleat every day.

And even with four novels to his credit, he’s several ahead of me.