Miss D. and I headed down to Big Texas Metroplex a couple of hours from us yesterday, to take her car (an old-model Subaru) to the dealer there for a major service. We get routine services done up here at a local shop, but for the big stuff (every 50,000 miles or so) we prefer to use the dealer.

We left the car at the dealer, asking for a detailed quote before they went ahead with the work. It’s a good thing we did. We were sure we’d be facing a bill of a couple of thousand dollars, but when the quote came back late yesterday, it was for over $11,000!!! Turns out all sorts of little things had accumulated that our local shade tree mechanic hadn’t picked up on, so their cumulative effect has reached very expensive proportions. Some of what the dealership wanted to do was cosmetic, rather than really necessary, but even so, the laundry-list of repairs was a shocker.

Gentle reader, we are getting to that age with our cars, too, and in a different age, the internal algorithm would be different.

Our newer car is a 2008 Lexus SUV with 150,000 miles on it. We’re still carrying a note on it (not much more, thankfully). But it developed a habit of suddenly deciding to gallop instead of ride smoothly. It has an adjustable rear suspension–you can set it to smooth luxury ride, or you can set it to offroading. Well, sometimes–often after a trip to Sam’s Club, where I picked up a couple hundred pounds of water and cat litter, it would get very, and by very, I mean painfully bouncy.

This storm had been gathering for a while–the shop where I take my vehicles had previously experienced the condition and had give a bid of $2000 or thereabouts–but when they looked it over again, they determined they’d need to replace all the shocks, air springs, and whatnot. So the total bill would be $5000 or thereabouts. They were very apologetic about the estimate.

So we had that done. Because I hope/expect to get another 100,000 miles and a couple of years out of that vehicle. I mean, replacing it would cost a pile–check out this ad with used truck prices in the vicinity: 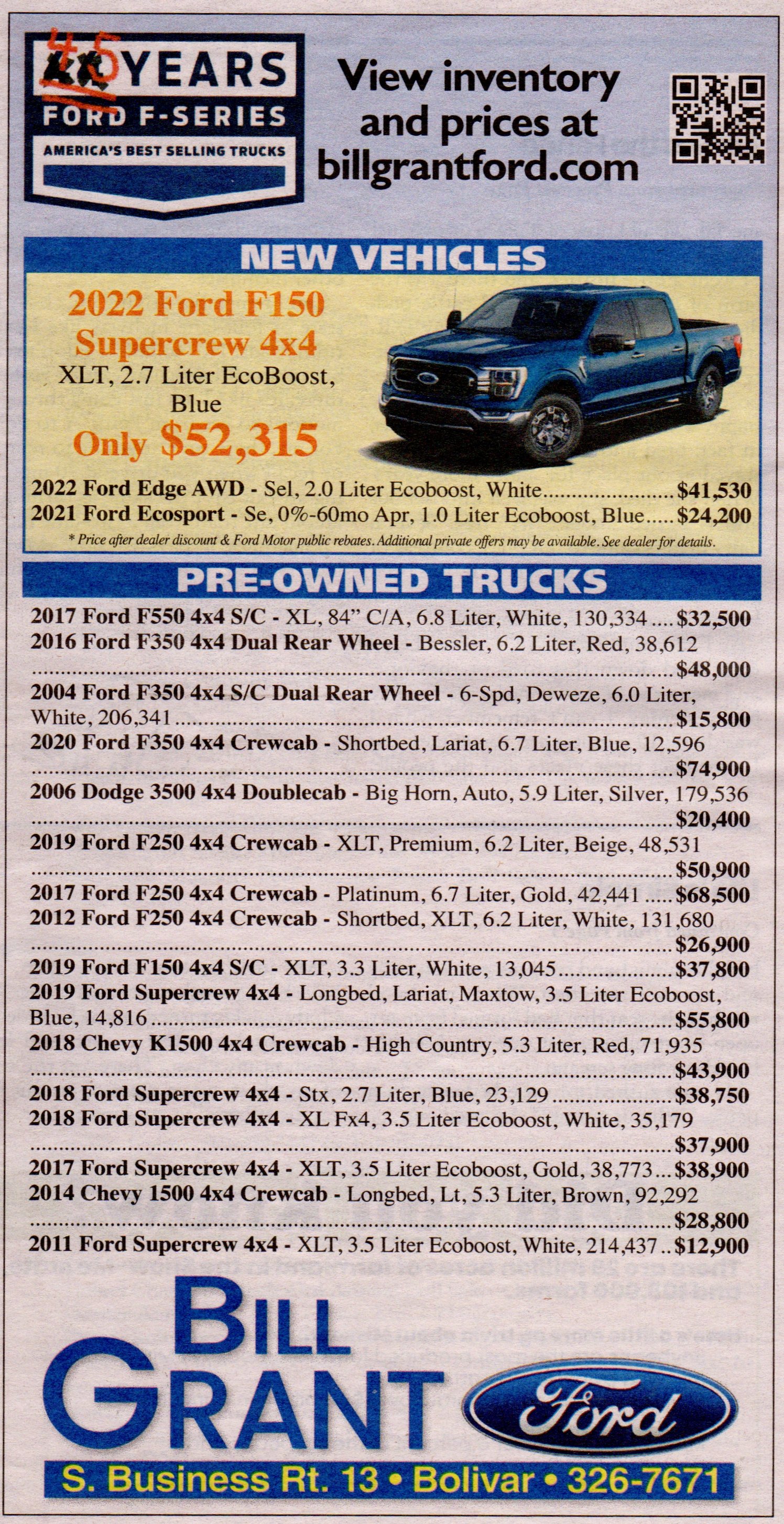 I mean, trucks with similar mileage are $30,000. So we had the shop redo the rear suspension. I mean, they could get the parts and everything. If we’d held off, who knows if the parts would be available in summer or autumn, or how expensive they would be then.

The other vehicle is a 2004 Toyota Highlander with almost 250,000 miles on it. To demonstrate how the calculus has changed: The check engine light is on and has been for over a year–it’s got a catalytic converter electronically reporting problems, but it has not actually failed. When the guys at the shop checked it, they said it would be, I dunno, $600 bucks to replace it. And back then, I thought, “Should I spend $600 on this old truck?” I am thinking about getting it replaced after all since I’m also hoping to have this car for a couple more years–it’s the secondary vehicle in the household, so it doesn’t get as many miles as the primary truck, although it is penciled in as the vehicle for the boy who will get his driver’s license this year.

However: The beginning of last month, someone backed into our Highlander. We’re just now to the point where an insurance adjuster is going to look at it, but I took it to the body shop to get an estimate because the damage was minimal–the bumper got knocked an inch out of alignment: 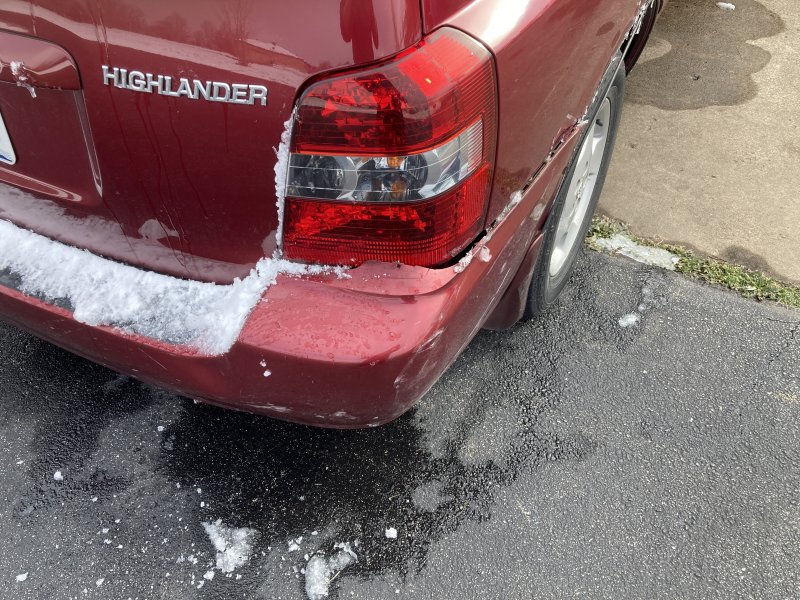 The estimate from the body shop was $2400 which include 16 hours of labor to repaint it–two whole days for someone. The blue book value of the vehicle is somewhere around that. So for this cosmetic damage, the vehicle might be a total loss. The replacement cost of this vehicle, as we have seen, is probably several thousand dollars more than that, so we will probably end up driving it unrepaired. Although I’m not sure what that will mean for our insurance insurability going forward. Probably that it’s long past time to drop collision coverage on it.

I would not even have filed a claim on it, but I married into the middle class, where driving cars with dents in them is inconceivable.

I guess this illustrates a mindset of someone–me–who wonders if automobiles will be scarce and/or more expensive in the future and who is mentally just a couple of steps of planning bubble-gum-and-baling-wire repairs in the future.