The Sun posts this question: 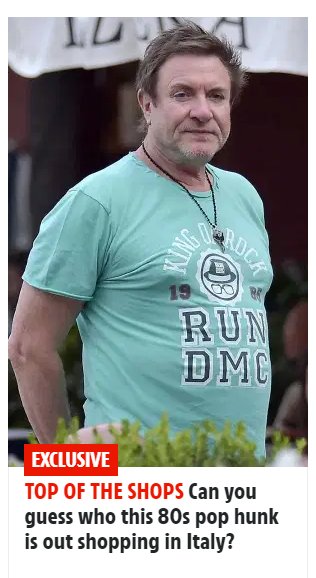 Can you guess who this 80s pop hunk is out shopping in Italy?

I don’t have to guess. That’s Simon Le Bon of Duran Duran.

We heard a Duran Duran song on the radio within the last week, and I mentioned two things: One, that the band did not actually have anyone named Duran in it, and that I really wanted to look like Simon Le Bon in the 1980s–and I followed that up with my common comment that the older we get, the closer I get to looking like Simon Le Bon.

Which is not exactly true. I’m looking more like Jason Statham (I tell myself) than Simon Le Bon these days. But as we both get older, we both look the same: Older.