We went to the fairgrounds on Saturday, which is half price day at the semi-annual book sale, and I managed to find a few records. By Saturday, or perhaps all week, they were down to something like twelve or sixteen boxes/crates of records, which is less than half of what they often have on the dollar records side, but I still managed to pick up a few. 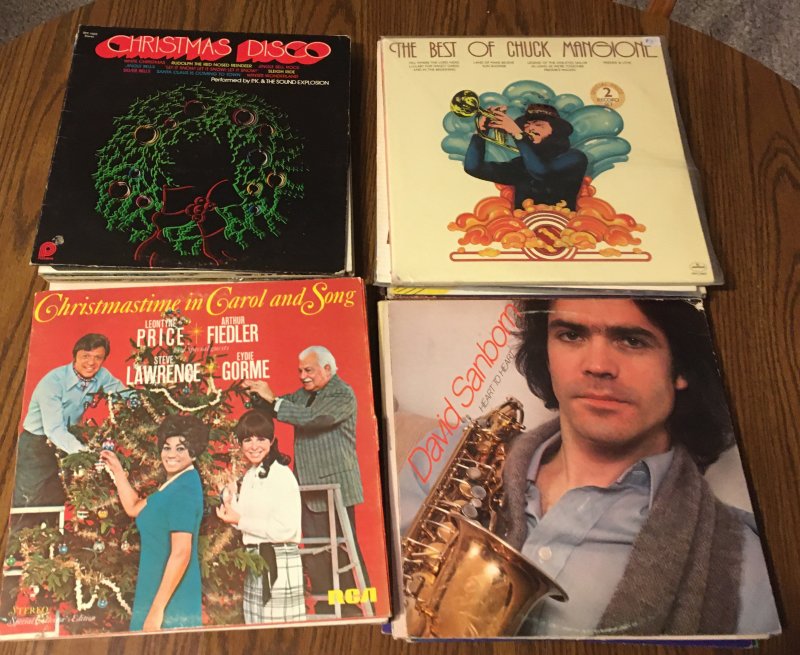 Whew. That’s 53 new records/2-record sets that I somehow have to jam into my record shelves. The console stereo has a little bunker that can hold maybe ten or twenty; it looks like I’ll have to make use of it.

Best of all, the total cost here was like $30, or less than a silly lark of a handicraft.

1 thought on “Good Album Hunting, May 1, 2021: The Friends of the Springfield-Greene County Library Book Sale”