Gentle reader, although I have not actually employed the one-for-me, one-for-you Christmas gift buying protocol this year, I did pick up a couple of inexpensive records at Relics the week before Christmas whilst Christmas shopping. I also spotted some Chuck Mangione records at Vintage Stock whilst I was scoping out Pink Floyd CDs for my oldest who has come of that age. As I am still present, I am trying to steer him into more David Gilmour than Roger Waters, but I can certainly speak intelligently about something he likes.

At any rate, on Monday night, we stopped by Vintage Stock for the Chuck Mangione records with the power of a $25 Visa gift card of unknown provenance that has been in my gift card collection for a while. 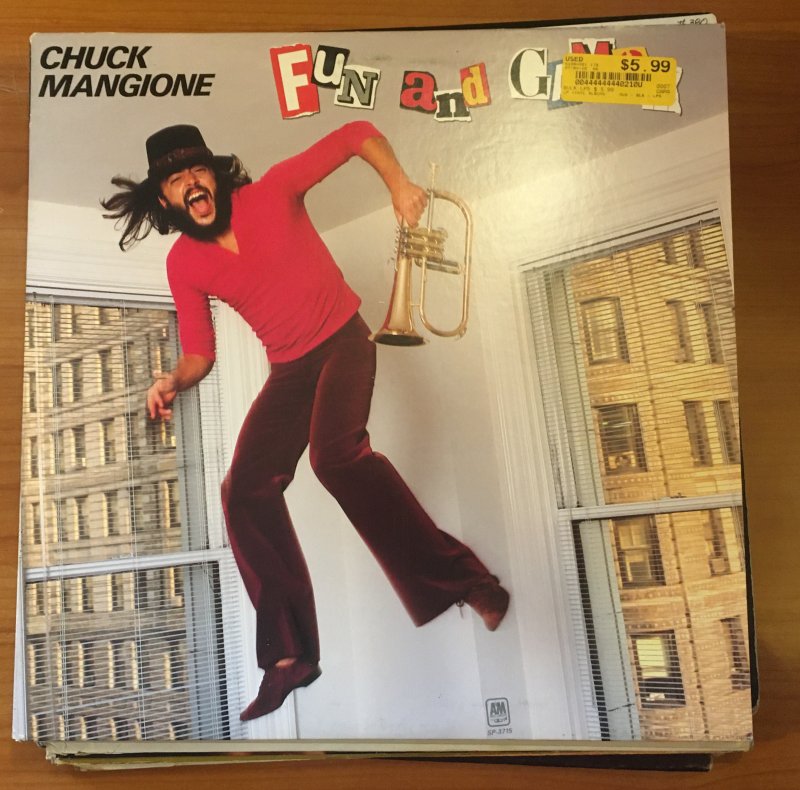 At Vintage Stock, I bought:

Anything under four dollars was buy one get one free, so I only paid for one Al Jolson record (at $2.99) and the Four Freshman (Evie was free). The total came to only $24 roughly, so I had some left on the gift card for Barnes and Noble.

At Relics, the week before Christmas, I got:

Those were less than $10 after discounts and whatnot.

I have a gift certificate for an actual record store from Christmas, gentle reader, and to be honest, I am not sure how to shop for records. Basically, I tend to acquire LPs browsing through unsorted bins or bundles at thrift stores, book sales, antique malls, and used game and music shops. So to browse records in good condition and that cost real money? I will be lost. I’ll probably find a single Herb Alpert record from the 1980s that I don’t have and that will be that.

At any rate, I think the Chuck Mangione will be the real score of the trip. I need to take another $1 flyer on a band I have not bought before to see if I can find something else to acquire cheaply. Because one day, I will organize my records, and I will be able to pick out something to fit my mood instead of what’s closest to the front of the records that matches my mood. Won’t that be nice?