As I mentioned, I picked up a Scandinavian gospel album from a band called the Teen Tones. The album itself is called, simply, From Scandinavia. 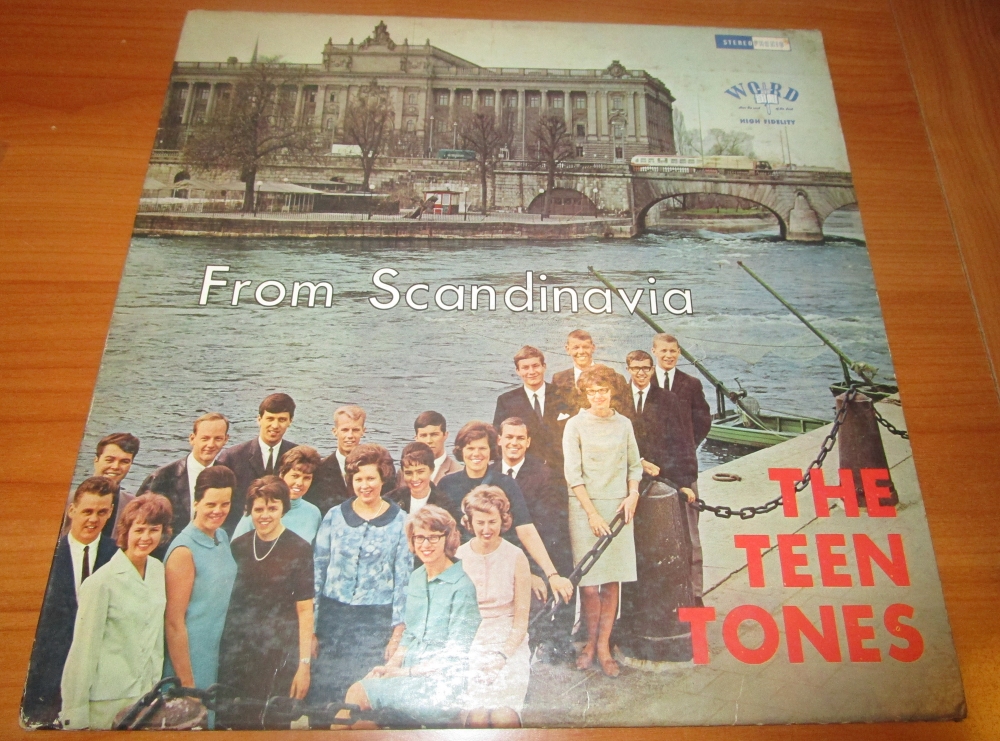 My Internet research doesn’t give it a specific year. Discogs recognizes the album but doesn’t give it a release year. The back of the record says the band formed in 1962 and has gotten popular because they could play in clubs and evangelize to the kids dancing the Frug. Or something.

But take a look at those “teens”:

Are those really teens? I suppose they could have Dominican birth certificates attesting to it. Or a couple of years have passed (remember, the Swedish Gospel Singers released their album Take a Little Time To Sing in 1966, so it’s fair to guess that this album came out right around that time. So it’s feasible that these “kids” were actually over 20 by the time the record came out.

But look at them. They look so much older than that. I figure they’ve got these things going for them to make them look older:

Does it matter? Not really. Did they take the world by storm? Apparently not. It’s a pleasant record for a Sunday morning, though. That’s about the state of all my records: They’re pleasant to listen to as background music.

Also, note that the album’s label, Word Records, was associated with A&M Records for a long time and remains a going concern with a lot of contemporary gospel acts. Also note that my research has lead me to a Web site called On A&M Records that is apparently not affiliated with the label but has an extensive history of the label, including year by year recaps from 1962 until today and bios on lots of its recording artists. So the rest of my Sunday is spoken for.