It’s true: At Nogglestead, the lights will be up probably for another week, but the Christmas records get re-sorted to the bottom and back shelves until next year. By which time, I expect I will have gotten more. But that’s neither here nor there.

I didn’t get a chance to comment on this YouTube video, entitled “Cheddar Explains Why Almost All Christmas Music Is From the 1940s and 1950s”, which I saw on Neatorama:

Ah, well, Cheddar explains. Apparently, this is a YouTube channel that explores, explains, and in a brief ten minute clip condenses things for you.

It starts by comparing a Justin Bieber song to Nat King Cole singing “The Christmas Song” and says the only difference is time. Even though you can hear, quite clearly, that the orchestrations are completely different. The video goes on to interview a single expert on camera and circle a paragraph in a New York Times article and to say that, basically:

All of which can sort of explain why the music of the 40s and 50s remains the stuff of our shared Christmas canon and more recent stuff does not. 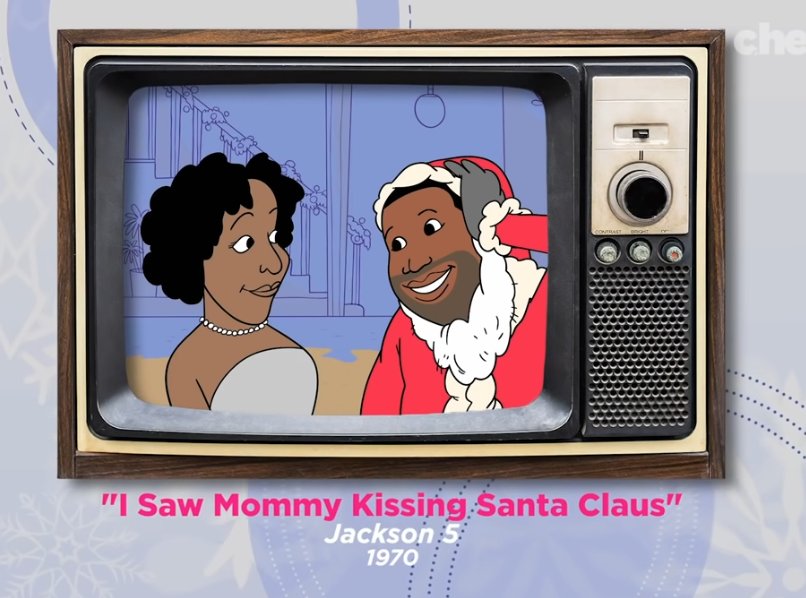 I guess Cheddar never heard of Spike Jones, does not own the Reader’s Digest Christmas Through The Years box set, or has not listened to DirecTV’s Christmas station, which plays the 1952 Spike Jones version of this song every night or so:

So, yeah, that comes from the 1950s, too, not a late-breaking 1970s addition to the canon. So, yeah, it looks like the 20-something on YouTube has an obvious gap in the knowledge she’s presenting. Say it ain’t so!

Off the top of my head, what other factors influence this affection for the old songs?

This blog post, too, is not really enough to explore in great detail all the forces that made those songs from that transitional time so resonant (that word again!) with the generation that experienced the transitions in the early part of the twentieth century and how their appreciation of those songs carried through the generations–their children (the Baby Boomers) and their children’s children (us) and onto our children (the people making YouTube videos as ways to share “knowledge”). But it recognizes the complexities the Cheddar video misses.

Now that I’ve finished this post, I can put the last of the Christmas music on the back shelf in my head, too.