Not really, I hope, but the New York Post story entitled Who will replace Alex Trebek as ‘Jeopardy!’ host? Meet the top candidates has five candidates:

Come on, two political talking heads are on the short list? Really?

Clearly, it’s Ken Jennings, right? And the rest of this column was driven by the need to file some column inches, ainna?

Also, is this too soon? 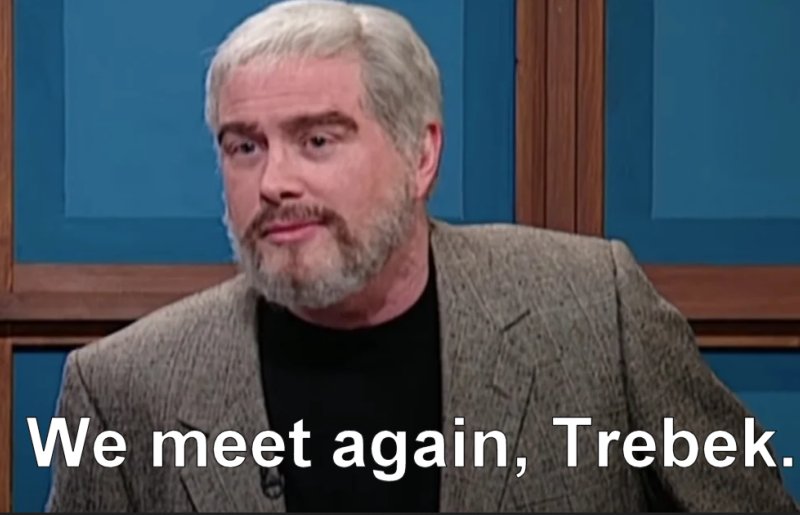 4 thoughts on “The Alarm Clock To Getting Woke, Going Broke Is Ringing”