An ad on my Facebook feed makes an assertion that country music science does not support. 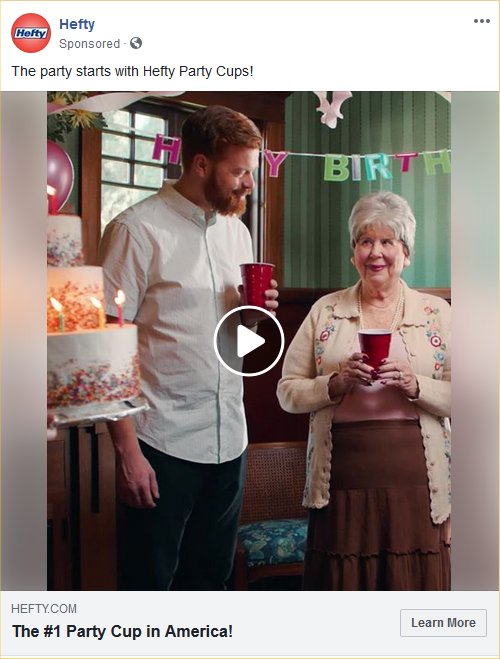 The study that refutes it:

Why this ad appeared on my Facebook feed, though, I have no idea. One would expect with all the data that Facebook harvests from me that they would know we don’t host many gatherings here at Nogglestead.

We still have blue and orange disposable cups from my oldest child’s fifth birthday party, almost eight years ago. The bags are gone, though, so I could not tell you if they were Solo or Hefty in nature.