So, once again, I found myself in Springfield with a little time before picking up my kids from school, and Hooked on Books is practically across the street from their school, and so…. 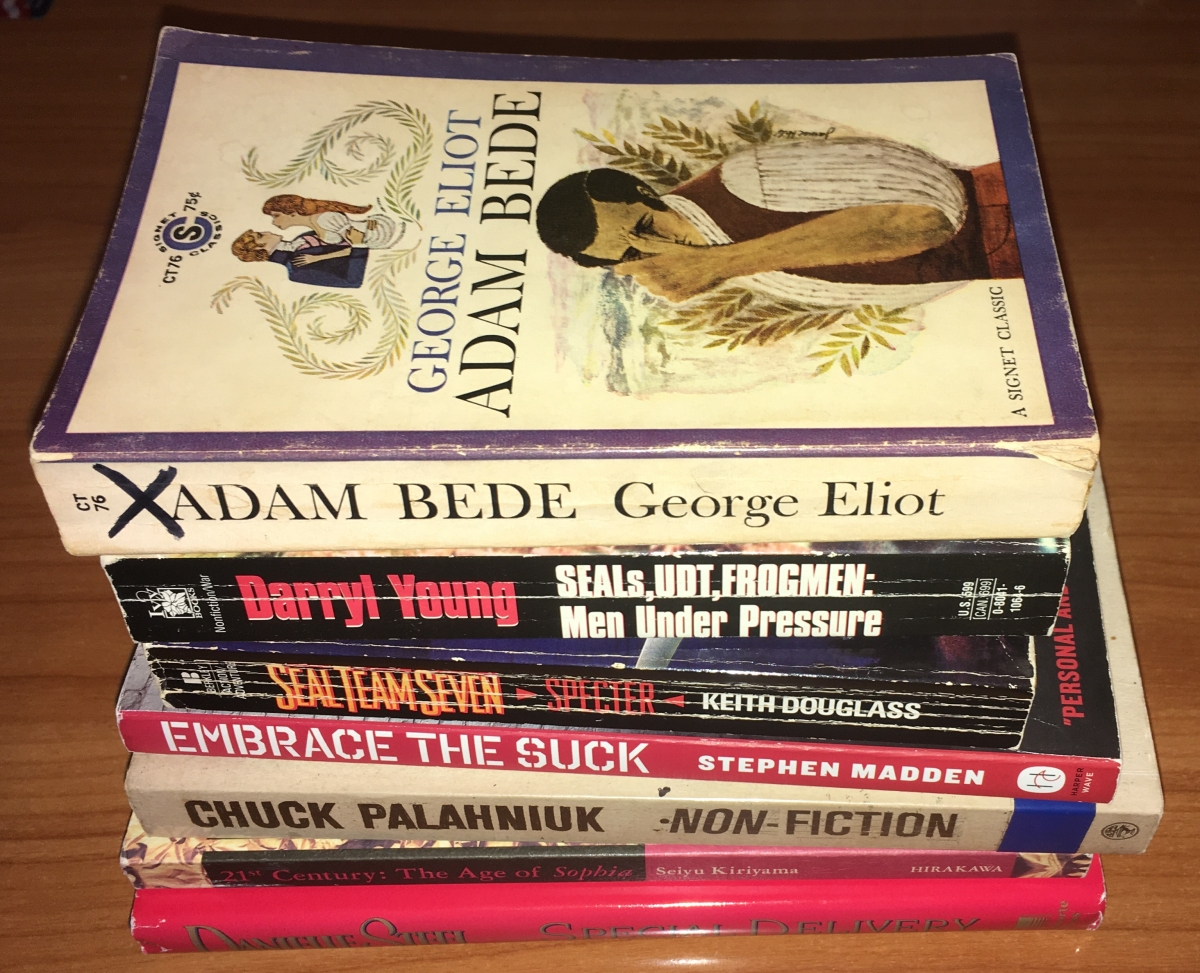 I bought a number of books from the back room and the discount carts which were conveniently located in the philosophy aisle because it was raining outside.

It’s a total of nine dollars’ worth of time killing.