Christmas my eighth grade year, I received two things: A Commodore 128 home computer and a blanket. Guess which one I still have?

You could guess “Both” based upon my known proclivities for hoarding, but I sold the Commodore 128 after college when I needed a few bucks, although I did receive another over a decade ago from Triticale before he passed away.

I still have the blanket, which I named Rocky because I guess that made sense to eighth grade me. I think he is standing on some rocks, which you can no longer see because the darker brown threads of the blanket have washed out. 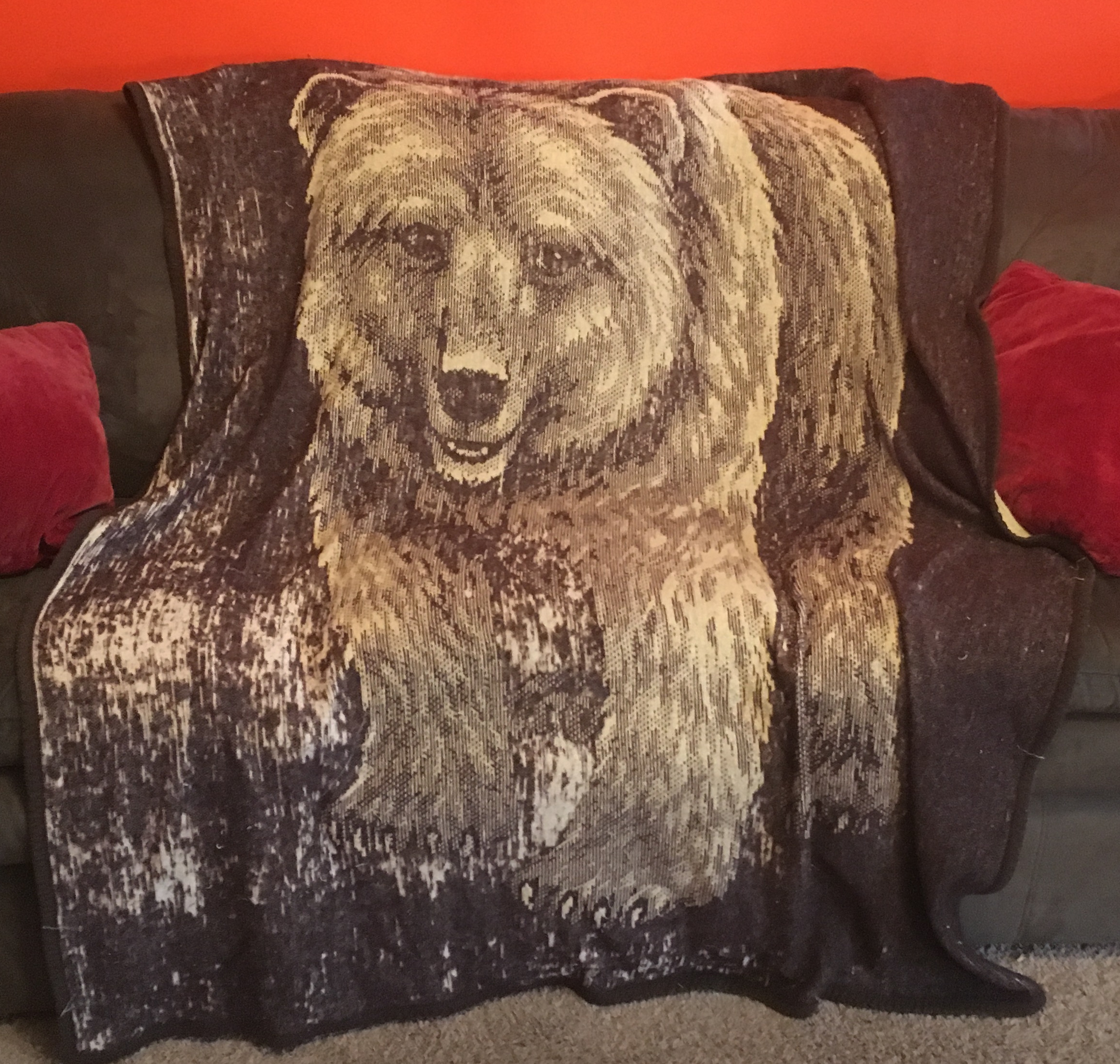 My brother, if I remember correctly, got a wolf blanket. My Aunt Dale was the first to get one of these catalog-ordered throw blankets, a tiger that she hung on her wall as a tapestry because she was into tigers.

I slept under that blanket in high school, at college, and probably right up until the time I got married and moved from a twin to a king bed. I probably used it as a throw blanket after that until I bought my current favorite St. Louis Blues throw blanket at an estate sale in Ladue almost twenty years ago.

I have another picture on the Web host of Rocky from 2010, and you can see how much he has faded since I took the photo in 2010.

I’m not sure what I was talking about in 2010 when I uploaded it, but a quick search didn’t come up with a post about it. Forgive me if I’m repeating myself eight years later.

We’ve stored Rocky with extra throw blankets in the hassock in our family room since we moved to Nogglestead, but my boys have discovered it and have started squirrelling it into their bedroom nests where they like to pile blankets and pillows to simulate a return to the womb every bedtime. So it’s likely that Rocky’s days are numbered. But I think the oldest, in seventh grade, likes that I’ve had it since I was in eighth grade. He might hold similar hopes for his collection of emoji pillows.

I’ll be sad when the time comes to recycle the blanket, sadder than the also increasingly worn St. Louis Blues blanket retires.