So my beautiful wife is working her way through computer Spanish lessons, and yesterday, as we were driving, we passed some daisies, her favorite flower.

“What is the Spanish word for daisy?” she asked me because I took Spanish for four years in high school and a year and a half in college.

To be honest, although Dr. Pasero told me I probably could have tested out of college Spanish–that is, taken a test to prove I had enough knowledge of Spanish equivalent to the required two years of Spanish at the university–I took the college Spanish anyway, mainly because hauling myself from my corner of Milwaukee to the campus early in the morning for the test was a pain to my pre-Freshman mind (although I eventually got pretty good at it as my college career progressed).

I even took an extra Spanish class because it was taught by the brother of a fellow who worked with me at the grocery store, and I often got chided for deploying my sense of humor by directly translating from the English idiom to Spanish. That is, the absurd things we say as Americans that are clearly made ridiculous to non-native speakers.

“What is the Spanish word for daisy?” my beautiful wife asked.

“I don’t know,” I said. It’s true: My Spanish vocabulary was never that good, even in my Spanish class days. It eroded over time, but it got a little bump when my children were really little and had a number of bi-lingual board books. But as a couple of recent birthdays have illustrated, that was also a while ago, so my Spanish vocabulario has dwindled again. You make your conversation that fits your knowledge; if I had to, I would simply call it flor. But I am digressing again.

In the television program Agents of SHIELD, this one character is called Skye for a while, until she meets her parents and discovers they named her Daisy. 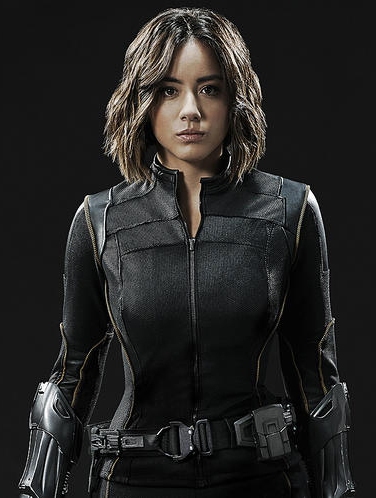 Now, everyone on the program calls her Daisy. It took me a half season to do it, too.

You see, Ciela is a feminization of the Spanish word for sky. So I was saying I still say sky instead of daisy.

Well, I guess you had to be there.

My wife got it after a moment. So I got that going for me.

So if you read me savaging modern comedies and saying, “Why don’t you try it if you think it’s so bad?”

Because, gentle reader, my humor often requires a particular set of arcane knowledge–say, the Spanish language and familiarity with the Marvel television universe–and perhaps footnotes and flow charts. So I cannot write a screenplay with jokes everyone will get. Heaven knows I wrote a full evening play full of obscure jokes that crack me up but might be lost on many people.

And, besides, the perfect, sophisticated comedy film has already been written.

9 1/2 Ninjas. I have seen that movie more times than I can count. Or probably should.