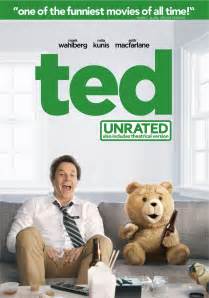 As I mentioned, I recently got a membership at the video store, and I’ve been renting (although the “renting” there is like a dollar for a week, and sometimes the guy behind the counter finds discounts where I don’t have to pay at all).

As with most trips to the video store, one wanders the aisles debating the pros and cons of various movies. Me, I like to stick to the two-for-a-dollar films which are a little older than the new releases or the almost new releases, so I have a wide variety of slasher films and older actioners to choose from. And it never fails: I spend ten minutes milling about, finding films that I am interested in watching immediately, and it takes me a while to get the two I’m going to rent. After that, I find bunches of films I’d like to watch, too. So I’ve started writing them down and keeping a running list of things to rent in upcoming visits to cut down on my loitering. Also, this explains why all of them start with the letter R or later in the alphabet: That’s where I was when I thought of it.

At any rate, one of the things I put on the list was Ted, the movie about the talking teddy bear. After watching a couple of actioners lately (Sahara and Soldier, both in the S section, see?), I thought I’d try a comedy. Both discs they had for Ted were the unrated edition, and given the topic matter, I thought I’d go with the theatrical release when viewing it.

Boy, howdy. I expected it to be crass, but this crass? I think I’m not going to enjoy any comedies, especially R-rated comedies, made after 2000.

This film made me long for the sophistication of Adam Sandler, word. Listen, in Adam Sandler, the man-boy is presented as an aberration, and through the events of the film, he grows up somewhat and learns a life lesson. In this film, the protagonist and the bear go through some adventures and maybe learn a little, but at the end, the status quo of the man-boy is restored. Well, there is a little change, but it’s lost amid the drug use and swearing.

The presence of Sam Jones, the star of the film Flash Gordon, was an amusing touch, but that’s about the only thing I found slightly amusing in the movie.

Ah, well, back to the actioners for me.

Every time they release another one of these R-rated comedies, it bombs at the box office late. Which is good because hopefully they’ll stop making them. Unfortunately, the intelligence and sophistication of old comedies is probably beyond the reach of the current man-boys making movies, never to be recovered. So we descend closer and closer to Idiocracy‘s Ow, My Balls.

1 thought on “A Few Thoughts On Ted”