I saw this when it happened, and I chortled so much my turkey-wattle neck swayed from side to side:

I knew what it meant: That young man was unhappy because his brother would continue to overshadow him.

Peyton Manning was gracious enough to try to cover for his little brother:

“Eli’s just like me. Eli is analyzing the game. He’s thinking about whether we were going to go for two. Whether it was going to be reviewed,” Manning told CBS News.

“Eli’s kinda like me,” Manning continued. “He wasn’t gonna to relax until that final second ticked off. I’ve had a great chance to celebrate with Eli. He’s very happy and proud of me just like I’ve always been of him.”

To be frank, I’ve not been an Eli Manning fan since he refused to play in San Diego.

Here’s how he looked then: 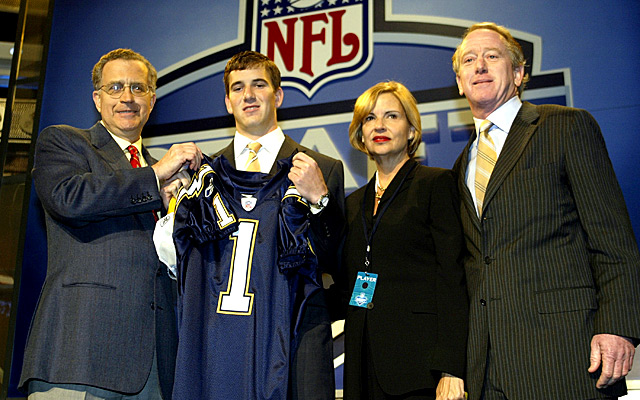 It’s always torqued me a bit that the entitled young man has more Super Bowl rings than Aaron Rodgers or Brett Favre; I’m pleased to see he has only as many as his older brother now. And that’s only until Peyton gets one or more as a coach.