Ever since we moved to the country, I’ve kicked around, often aloud, the idea of getting some livestock. Goats, maybe, or sheep. Then it was a cow or to for fresh beef. I almost had my beautiful wife convinced on that one, especially after a friend of ours mentioned having a cow once or twice (and he seems so normal!). Well, we were almost picking out a breed (but not a cow name because I knew that would be bad juju–if we named the cow, sooner or later it would be in the house and getting cow treats if it mooed on command), but she encountered a woman who had cows once or twice (and she seemed so normal!), and the woman mentioned how hard it was eating something whose name you knew. So my cattle dreams ended, or at least fell dormant.

Which doesn’t mean I can’t pick up a publication like this and leave it lying around the house: 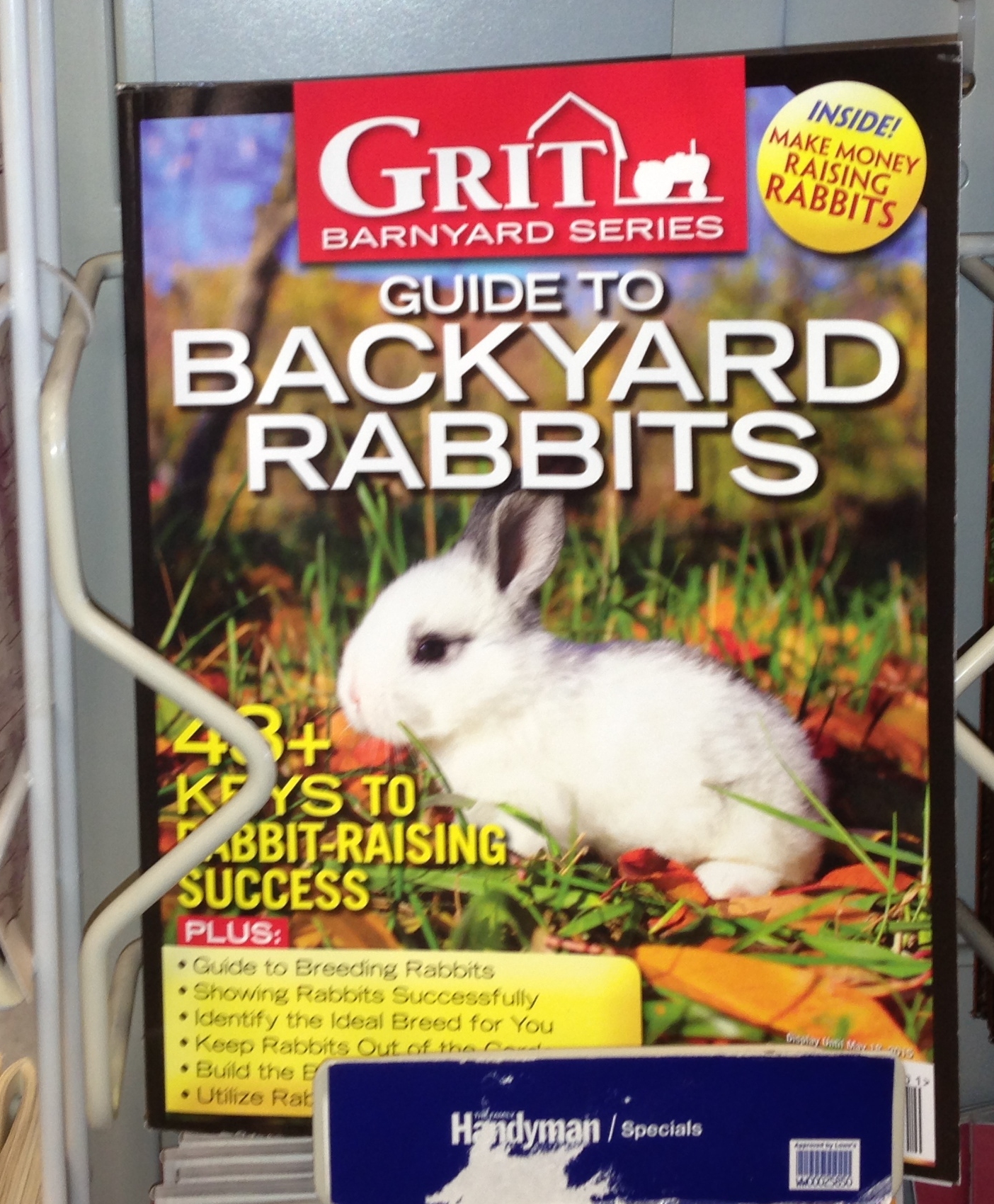 I mean, the local Meat Rabbits guy is out of business, and let’s face it, he didn’t set a high bar for business branding.

Maybe I could even come up with the 49th key to rabbit raising success. And I wouldn’t share it.