So somebody posted an announcement for a concert in St. Louis on Facebook: 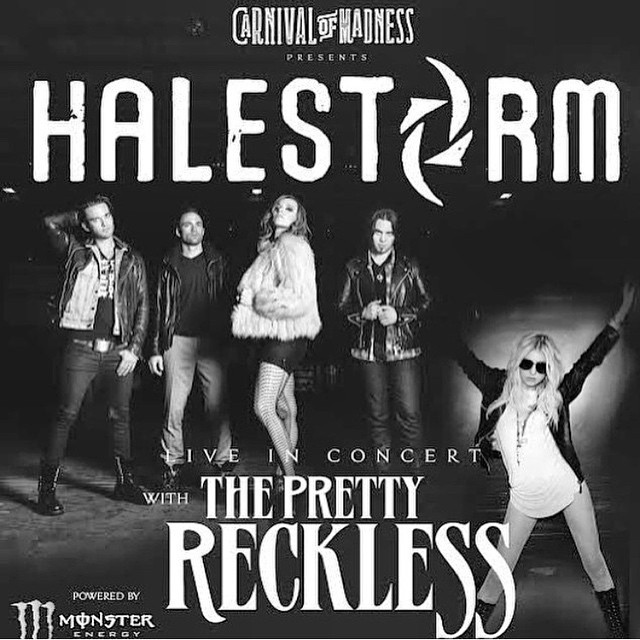 Hey, I thought, I like both Halestorm and The Pretty Reckless.

My original response was to go with the I could trade my 3 Dar Williams, 1 Ani DiFranco, 1 Sarah Brightman, and 1 Mary Chapin Carpenter/Shawn Colvin concerts I attended with my wife for this joke. Normally, the joke goes that I’m saving up for a Larry the Cable Guy or Blue Collar Comedy Tour concert with my wife who would not be inclined to see these things of her own accord.

Of course, as I mused on it, I would actually still prefer the comedy concert over the hard rock concert.

You see, my friends, I am a middle-aged, balding man prone to dressing like Cary Grant. Were I to go to these concerts, I would look severely out of place. And I would focus on that every second of the concert.

I’ve been to a couple of hard rock concerts in my time. Poison, Warrant, Ripd, Biohazard, Lillian Axe, and so on. However, in those cases, I was younger and had long hair. And I still felt a bit out of place. Like a poser.

The concerts I tend to attend these days (and by “these days” I mean “these decades”) are jazz concerts in clubs rather than glam rock bands in arenas or hard rock bands in small clubs. Places where the crowd is a little more reflective of my calendar age.

So I’ll pass on this one, and Shaman’s Harvest, and Three Days Grace, and Five Finger Death Punch, and so on. But I’ll still rock out to them at home and in the car.