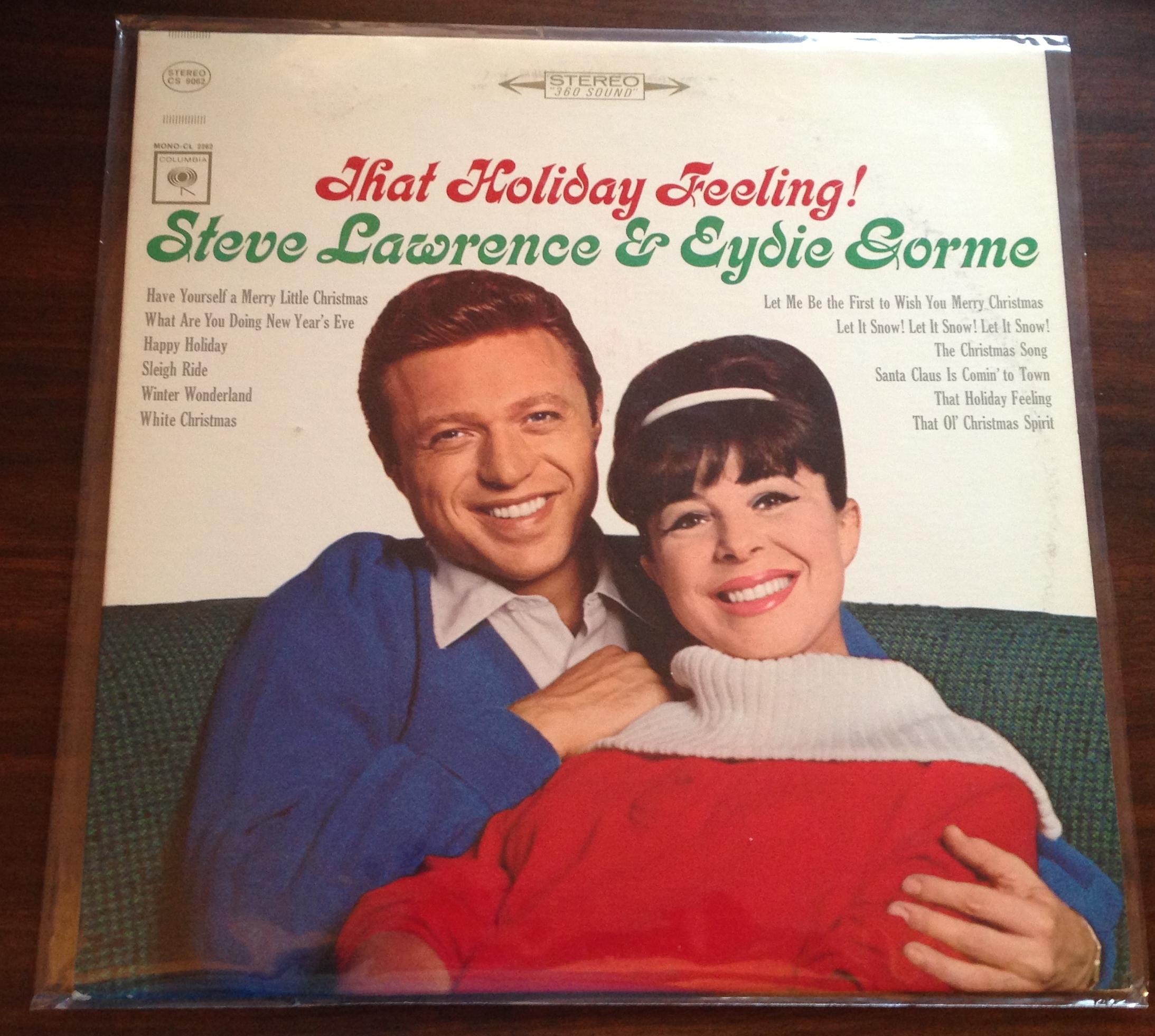 The track list includes a number of common songs and a couple variations:

“What Are You Doing New Year’s Eve?” has become a jazz/songbook standard of sorts and makes its appearance mixed into Christmas carols on the radio, but I don’t have many renditions of it on LP. “Let Me Be The First To Wish You Merry Christmas” might be the only representation of that song I have available, and “That Ol’ Christmas Spirit” is infrequent enough to be a treat when it appears.

As you would expect, especially if you’re familiar with the LPs where Steve and Eydie appear together, the songs are duets in most cases and they switch off primary duties on the songs. Their version of “Sleigh Ride” is particularly fun, with Steve singing the lyrics and Eydie chanting “Sleigh Ride” at the end of lines. Sadly, their laughter at the end of the song is forced and a bit desperate and maniacal.

Gorme’s voice is expressive and fun, and Lawrence’s is warm and engaging as well. It’s definitely mood music; something worth listening to with a bit of focus.

As I mentioned, I only bought this album this year, but it’s already in the rotation here at Nogglestead as often as I can get away with without making my wife fear I have an unhealthy obsession with Eydie Gorme.