It’s been a bad season for the local book fairs and Brian J. I missed the one in Clever because I didn’t know when it was (although since I’m a Friend of the Clever Library, I probably got a notification that I discarded). I missed the Christian County Library book sale due to car problems. But I managed to sneak off to the Friends of the Springfield-Greene County Library book sale yesterday.

Strangely, this one is at the upper limit of my size preference. There’s a lot to look at, and it would take hours to browse all the tables. So I headed to the LPs and went around the Classics and local books sections of the $1 books. 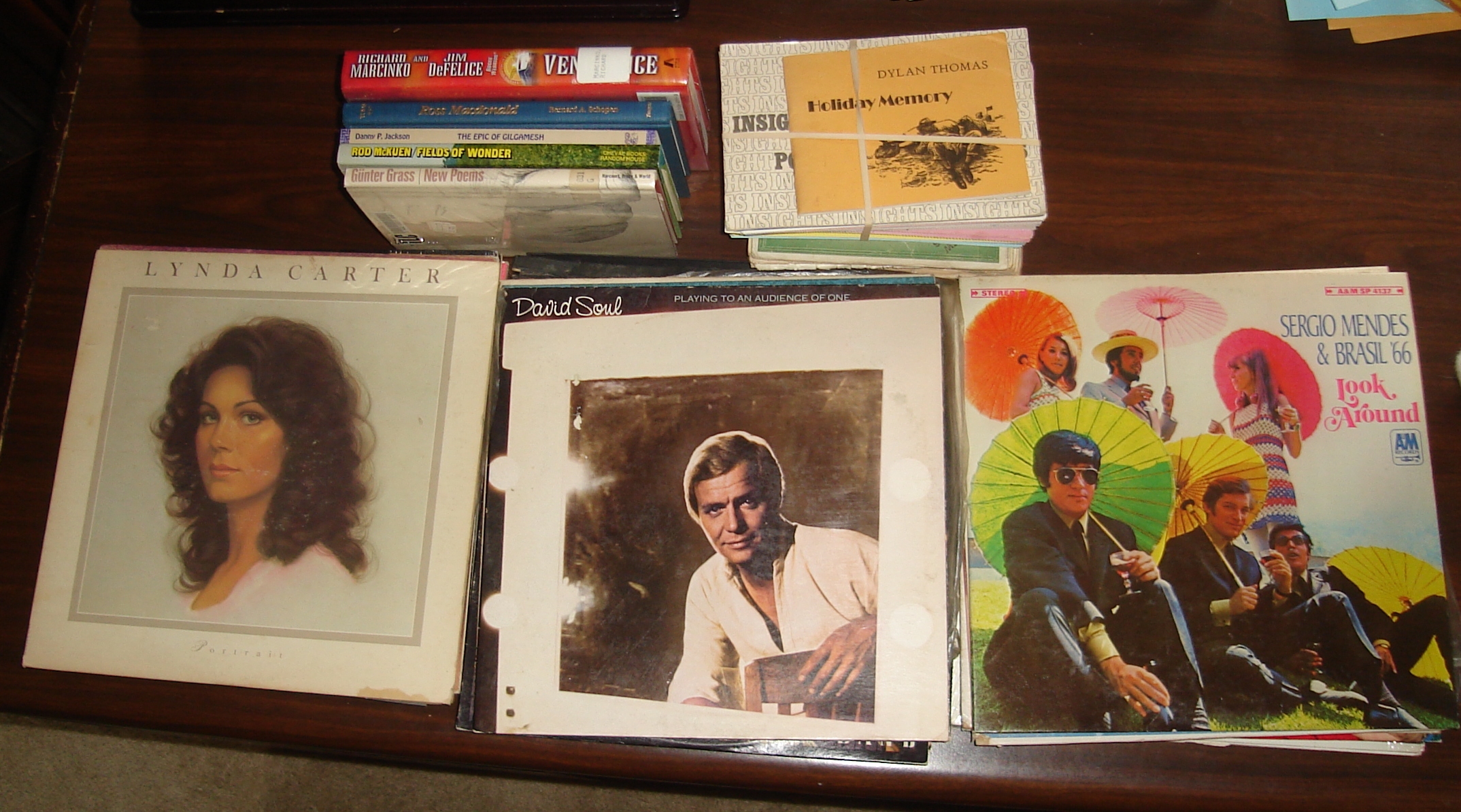 And I got a boxed set of Bach’s Mass in D Minor.

I don’t mind throwing a dollar for an album by someone I don’t know; many of these, I’ll only listen to once and then only sporadically. However, I might find something I like and will not only listen to over and over again, but I’ll keep an eye out for other records (and other music formats) in the future. It explains why I have a pile of Eydie Gorme and Herb Alpert CDs and records.

At any rate, I didn’t let you down: I did buy some books, including:

I don’t know if I’ll make it back tomorrow (Saturday, half price day). It’s not like I need more books, and this particular sale is more important to me for the LPs these days anyway.