So as I was organizing my comic book collection (finally, at the age of forty-something), I came across a couple of sixteen year old playbills from a performance of David Hare’s Skylight at the St. Louis Reperatory Theater: 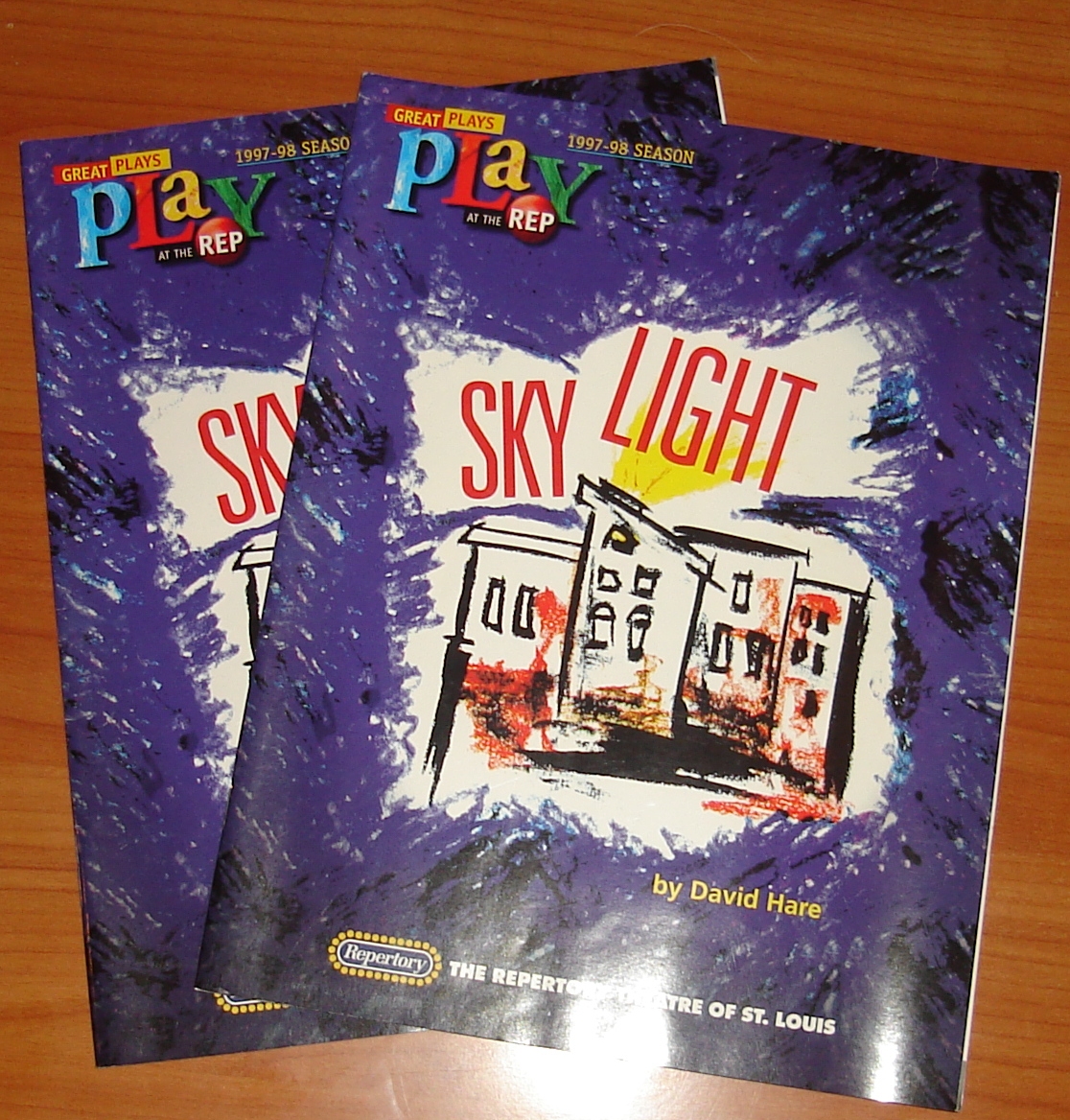 I have no recollection of this play.

The fact that I have two programs indicates I took my beautiful girlfriend to the play. Perhaps that’s why I don’t remember; the play was overshadowed by the woman with me.

I went to a lot of plays in the 1990s, first at college and then a few after I returned from college to Missouri. I saw the Norman Conquests five times: Round and Round the Garden, Living Together, and Table Manners (2x) in Milwaukee (with three different young ladies, I add) and once at the Chesterfield Community Theatre at the YMCA out in St. Louis County. I saw Sight Unseen and The Visit in Milwaukee during college along with some collegiate productions like The Marriage of Bette and Boo and Rosencrantz and Guildenstern Are Dead. I saw The Ghetto at the backdoor theater of the St. Louis Rep because I was kinda interested in the one young lady in it. I saw a play at St. Louis Community College-Meramec because I was dating a girl in the theatre program there. I saw Dancing at Lughnasa at the St. Louis Rep. Was that the winter one, where I took Amy on college break? I saw Picasso at Lapin Agile and some other oddity at the Clayton Community Theatre because my beautiful by then wife knew someone in the troupe. I also saw an awful lot of Ragged Blade Productions because I volunteered with that group. Well, I was at a lot of Ragged Blade Productions or rehearsals. Maybe I didn’t see that many plays there.

But Skylight? Even reviewing the rep’s production notes or the Wikipedia entry leaves me no closer to a memory.

I prefer to see this as a mark of my sophistication: That I have forgotten more play performances than most modern people can remember.

But it is probably more the case that I’m getting old and/or that I’m overwriting previously used blocks of memory with Imagine Dragons lyrics.