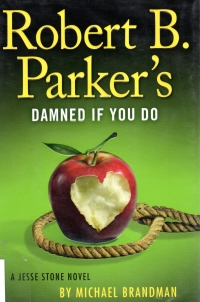 I read this book right after Wonderland which really brings out the differences in the styles of Parker’s literary heirs.

Again, the Jesse Stone book has two unrelated plots: Jesse takes on the big corporation that owns a nursing home when he discovers an old friend being mistreated, and a young freelance prostitute winds up dead after playing two rival pimps against each other.

The tone and pace of the book, again, matches television writing more closely than Atkins’ Spenser novels, but it’s readable. I complained in the review of Fool Me Twice that the plot too closely matched Killing the Blues, and these plots differ, so that’s a plus. But it looks as though there’s going to be someone else on the Jesse Stone books in the future, so we’ll see if that takes a new direction.

And I guess I’ve not commented on this before, but there’s been a change in the continuity. The character Molly in the early books was an Irish girl, married and the mother of many. But in the films, the Irish girl was replaced with a sassy black woman. And in Brandman’s books, we’ve got the second Molly instead of the first. Unfortunately, there’s not much to the new Molly other than the sass. And the other recurring characters–Suitcase Simpson, Healy of the state police, and Vinnie Morris–are almost nothing but the name-checks and bits they play.

Still, it’s an all right read. Not as layered and without the depth of the Atkins books, but better than a bad bit of men’s adventure novel that I would have read instead.