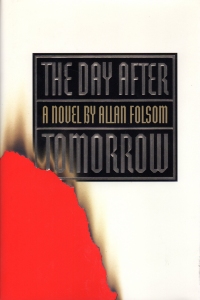 I have seen this book in a number of book fairs over the years. And yet, I’d never heard of it. Eventually, I gave in and picked up a copy. And then I picked that copy up.

But a bit of back story on this book:

Apparently, it was a big deal. That’s obvious from the number of copies out in the wild. A bit of research reveals that this book got a $2 million dollar advance for a first novel and hit the New York Times Best Seller list in 1994. If you read other reviews, you’ll find people saying it’s the best book ever. But.

You might not have heard of this book. For all its splash and its Amazon reviewers who can’t imagine life without it, the book is an okay crime thriller that just misses on a number of fronts. Beware: SPOILERS FOLLOW.

The story centers on an American doctor in Europe. He’s had a dalliance with a French woman he met at a conference in Switzerland, and he changes his schedule and plans to see her again even though they’d agreed their fling would end. While in Paris, he sees the man who killed his father on a Boston street some thirty years earlier, and the doctor attacks him. The doctor is apprehended by the police, but the murderer gets away. So the doctor hires a private eye to find him so the doctor can kill the man.

Of course, the man who murdered the doctor’s father was a hit man on the run from the vast organization that had hired him; this vast organization is on its way to the culmination of fifty years of research and conniving. “Organization”? Who are we kidding? The 1990s was the last gasp of the original Nazis, with books like The Apocalypse Watch and whatnot. The Nazis of World War II who hid after World War II accummulated money and influence and then, just as they began to die off and/or collect pensions in their adopted lands.

So the Nazi conspiracy is also after the hit man, who was part of a plot back in the day and remains a loose end that should have been tied up those years ago. And the Nazis are about to have a big plot come to fruition, and there’s a big reveal…..

So it’s standard thriller stuff, with an element of science thrown in: In a related subplot, an American detective consulting with Interpol investigates a set of headless bodies discovered and a bodiless head. Naturally, suspicion falls on the doctor visiting Europe. But Interpol discovers that the bodies have been frozen to almost absolute zero at some point. Hey, the father of the doctor had been working on something to do with scalpels working in extreme cold. In a related subplot, a stroke recovery victim flies to Germany to dine with the Nazi aristocracy and brings his physical therapist with him.

So it becomes pretty clear what’s going on early in the book: The Nazis are developing the technology for head transplants. And there are two biological twins or clones that are the perfect Aryan specimans. We all know where this is going, don’t we? Hitler’s head is going to appear at some point.

Someone sold the publishing house that they’d found a mixture of Michael Crichton and Robert Ludlum here, and they’re not entirely wrong. But the book is just off, askew. You get some stilted thriller stuff, then a dash of the absurd. You get an everyman protagonist who does some very impressive things–stumbling into a hit by an elite Nazi team with a small caliber semiautomatic and polishing them off because they’re stunned by his harmlessness. Also, there’s the Hitler’s head thing.

At the end of the book, an insider in the conspiracy has a change of heart and brings the whole thing down with a couple blasts of explosives. The main bad guy, a second-gen Argentine Nazi, grabs a case from a deep bunker, gathers the love interest from police custodym, rushes to a peak in the Alps, and fights in a blizzard. The bad guy dies, the love interest is saved, and the cavalry comes. But in a flashback, as he recovers, the doctor muses on what happened on the mountaintop while he was half frozen, exhausted, and outmatched.

Spoiler: The love interest stabs the antagonist with a giant icicle while he’s engaged with the doctor.

Further spoiler: Although they didn’t say it (but, come on, we knew) and the other characters speculated that its contents included files and plans from the conspiracy, the last line reveals:

But the box landed near where Osborn lay in the snow, rolling over with its own weight and momentum. As it did, it came open and what was inside was revealed. And in the instant before it vanished over the edge, Osborn saw clearly what it was. It was the thing Salettl had left out. The thing Osborn could tell no one because no one would believe him. It was the real reason for Übermorgen. Its driving essence. Its center core. The severed, deep-frozen head of Adolf Hitler.

Strangely, forget the head of Adolf Hitler and near-absolute-zero surgery on a molecular level. Apparently, the Nazis also invented a portable cooler capable of keeping frozen goods deeply frozen for days without making a sound or making people think it’s anything more than a large over-the-shoulder piece of luggage. Brothers and sisters, that’s where the money would be.

At any rate, I read the whole thing and kind of enjoyed it. Sure, the prose is a little stiff in places (those places are called “pages”), and it careens wildly into the absurd in places. But it’s kinda what a cult movie is like in a book form. So bad it’s good.

Folsom has published five books and has a background in films and television–which shows a bit in the prose, I bet. Perhaps his latter books are better in a straight ahead fashion. Perhaps I’ll see, but none are as ever-present at book fairs as this one was, as it sold over a million copies. Which puts it only a couple orders of magnitude beyond my novel sales to date.