You might have thought, gentle reader, that I let you down last week when I only bought a few books in Clever.

Oh, but see what I’ve done now in Ozark.

In my defense, it was a date night where I treated (or was treated to by) my beautiful wife to a fine Italian dinner at the very best Italian restaurant in Springfield (whose name I redact to ensure we can get a table when we want). In the past, this dinner plus the Friends of the Christian County Library book sale Friends Night yielded us plenty of opportunity for bookshelf fillage. But.

This autumn, they limited the first night, limited to the Friends of the (you get the point) or people willing to pony up $5 to be friends to the hours of 6-8 pm. This meant we got there with fifteen minutes to browse. Granted, it is just one room full of books, and the crowd of UPC code scanners had thinned to only one, so we were not held back by a throng. So I only got, gasp, seven books. But I also got: 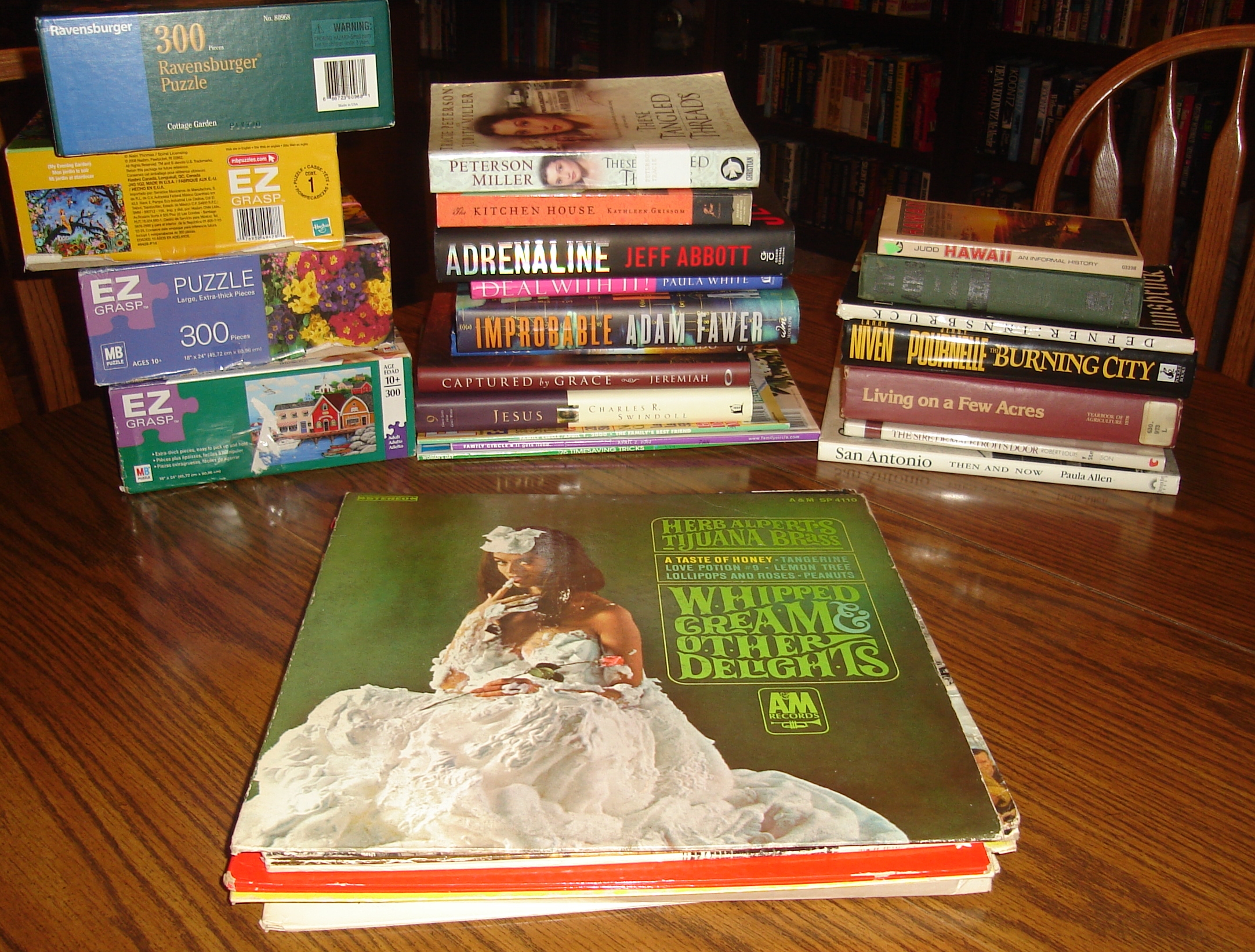 I also got a couple of picture books for football games, a history of Hawaii, a couple of books on making your small farms efficient, a Niven/Pournelle science fiction book, and a Robert Louis Stevenson short story bound independently.

I also got record albums of the score of the Man with No Name trilogy and Hang ‘Em High and a five record set of Los Norteamericanos. The whole set is packaged as The Band I Heard In Tijuana; I’d already had one disc of the five packaged under the same name. Also, Andy Williams Greatest Hits from back in the day.

I get the sense that I’ll also hit the Friends of the Springfield-Greene County book sale next week for record albums more than books. Which is strange, since I only have one bookshelf devoted to record albums, and it’s already full.