So I snuck off to the book fair in the middle of the day yesterday to check out its selection of LPs and whatnot. Scratch that: The whatnot was eliminated by the sheer number of LPs. I browsed through the ones on the tables (not the ones on the floor), and it took me over an hour. I spent another couple of minutes running over the philosophy, literature, and history tables of $1 books. No Better Books shopping for me today. Perhaps Saturday (half price day) or Sunday (bag day) will see me doing my real damage. 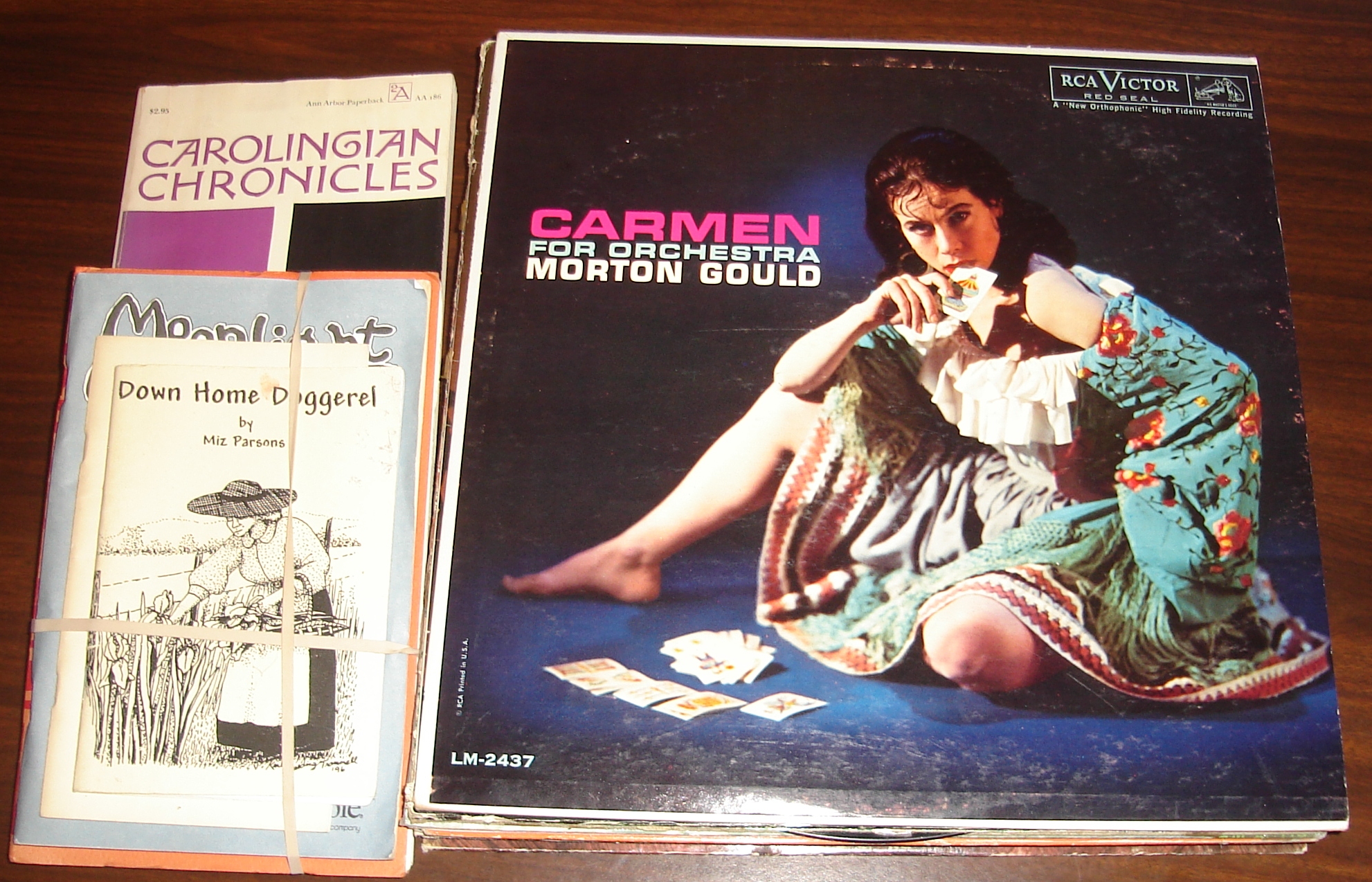 So this sudden outbreak of audiophilia means I am going to have to buy bigger shelving for my (our) burgeoning record collection. It’s our record collection, as my beautiful wife owns her fair share of them, but I’m the one burgeoning it to death. Also, I’ll need more poly sleeves for the covers. And I’m thinking about getting another turntable for the den or for my office. And, maybe. And.

So if I make it back to the sale in a non-volunteer capacity, I’ll focus on the books. And I’ll keep you, gentle reader, posted.

2 thoughts on “Good Book LP Hunting: The Friends of the Springfield-Greene County Library Sale Autumn 2013 (Round 1?)”