“Hey, Dad,” my six-year-old son said as I passed by his doorway this weekend. “You know that war we had with the British?”

“We have had two, not counting miscellaneous guerrilla skirmishing amongst them,” I said.

“The one with the fort?” He gestured at something atop his cabinet, formerly known as his changing table. “With the rockets.”

I stepped into the room and looked at what he had created. 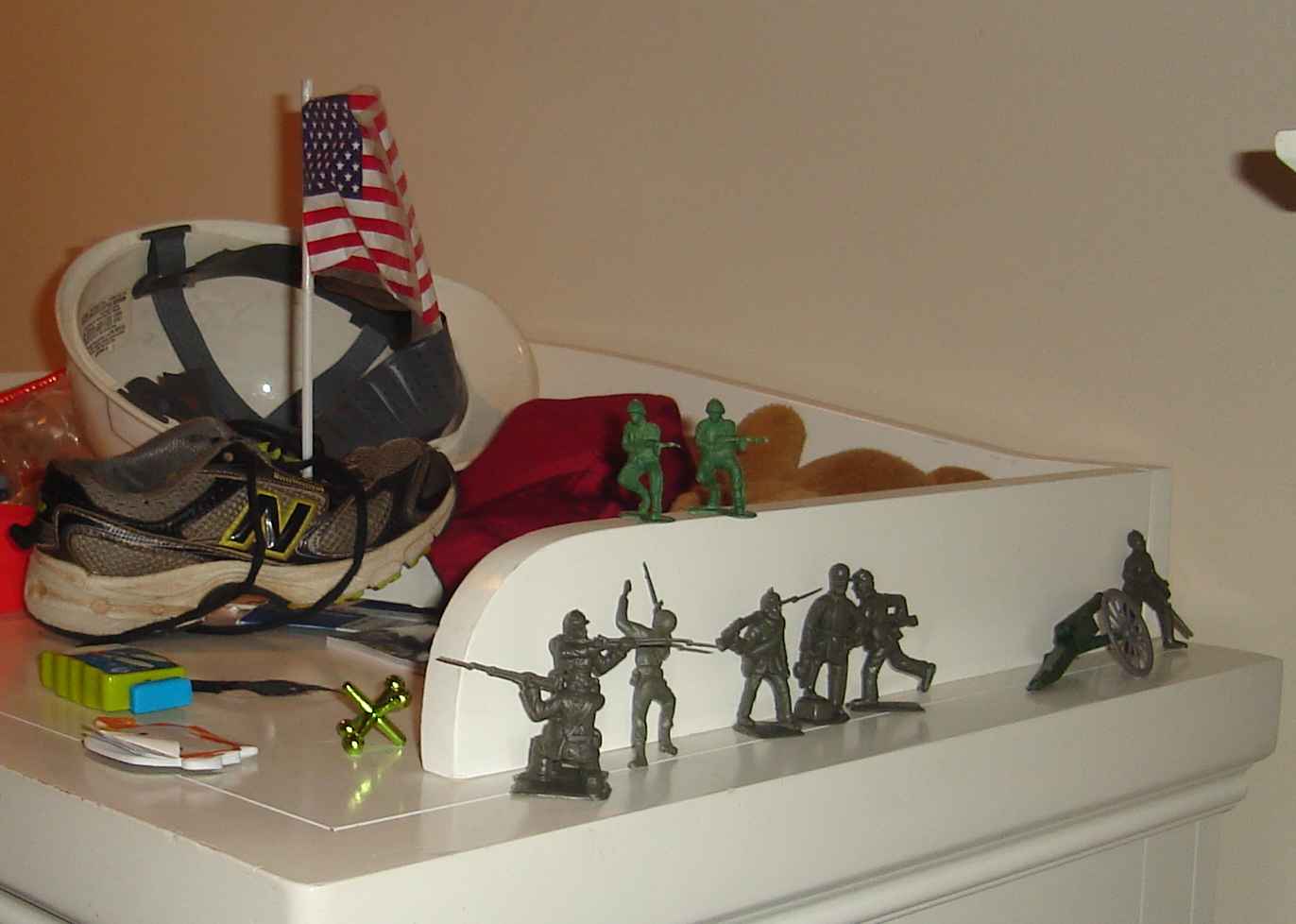 I knew what he was talking about simply by War with the British and fort. I’d explained the origin of the Star-Spangled Banner to him once after singing the first verse of it to him, and he remembered it.

And when told to take a little time and be quiet because he and his brother were climbing the walls and severing his father’s last nerve, he took a little time to plant a small flag he got from the school Veteran’s Day assembly, a small contingent of World War 2 era little green army men, and a cannon from a set of Civil War soldiers to stage his own defense of it. Of course, being six, he missed the fact that it was a naval bombardment. But I don’t think I really got into that during my explanation of the song which was a more thematic than historic lecture.

Yeah, I know. If you’re the parents of homeschooled superspawn, this is small beans (“Why, my four-year-old and two-year old built a scale replica of the attack on Fort Sumter, and I don’t know where they got the saltpeter to make their own gunpowder!”), you’re all “Meh” about this accomplishment. But I was, and am, impressed with the boy.