This advertisement in a local bimonthly newspaper in the Springfield area made me livid: 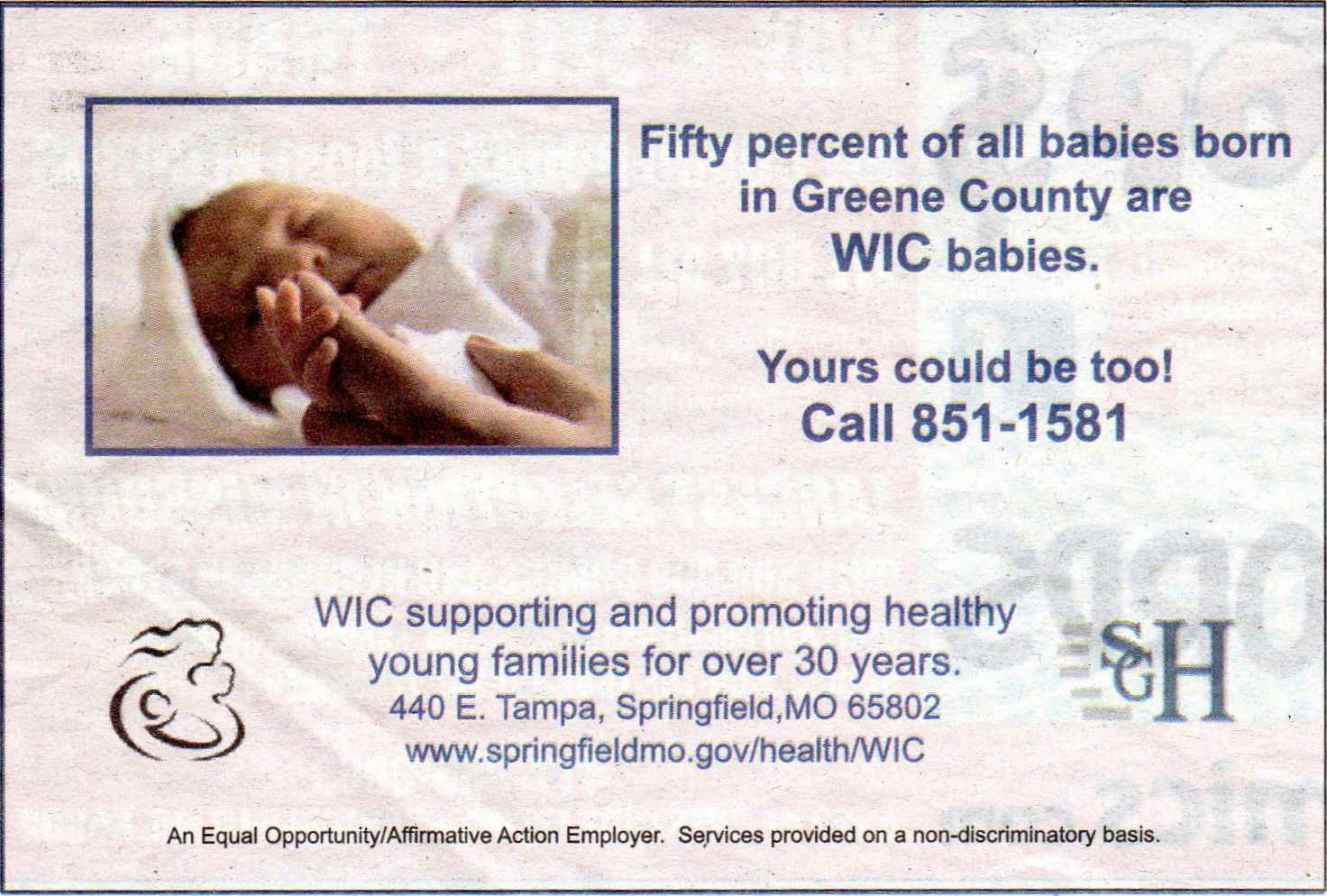 This government advertisement seeking to enroll people in government redistribution programs gives up the pretext of appealing to people who might need supplemental assistance for temporary circumstances. Instead, it goes directly to the bandwagon advertising.

It’s about expanding a government program by convincing people who are not already in the program that so many other people already are. It’s not about convincing a new or expectant mother that she needs it; it’s about convincing her that everyone else is already doing it, so she should, too. There’s no stigma. It’s even maybe cool.

Meanwhile, expanding social programs require increased government spending, and the government is manufacturing money to pay for those programs. That created money makes groceries cost more, so more people need the supplemental plans to get the basic necessities. The program gets more clients, which means it gets more budget and probably more people to serve the growing client base. Government programs serve the government first. Always.

Meanwhile, in my isolated bubble, I’m not on WIC (my children aren’t babies, so they might not qualify for this statistic). I used to fill out the checks when I was a cashier at a grocery store twenty years ago, but my only exposure to the program these days is through advertising and through the little lists printed and taped to grocery checkout stands. You know, the ones that explain new limitations on the program and different products that will no longer be available because of the greedy, heartless Republicans who limit the budget. Not because the growing (goal for 2013: 60% of all Greene County babies!) program participants sharing the limited program budget, not because inflated prices of necessities eating that same limited budget, not because of the new hybrid, high-margin food products being created that need clarification, but because of me.

I’m not saying there’s not actual need out there; I’m the sort of Republican who not only pays his taxes but also gives hundreds of pounds of food annually to local food banks. But this ad is not about need. It’s about fitting in. And it’s odious.

2 thoughts on “The Dole Bandwagon”