I have mentioned recently that I’m doing a bit of depackratting.

One of the things I am getting rid of to free some (small) amount of space in my office (and other environs) is old magazines. I’ve held onto some magazines for a long time for various reasons, and to be honest some of the reasons are a bit unclear. So I’ve decided to bundle them off to donate to a local church garage sale. I’m deNogglesteading the following magazines: 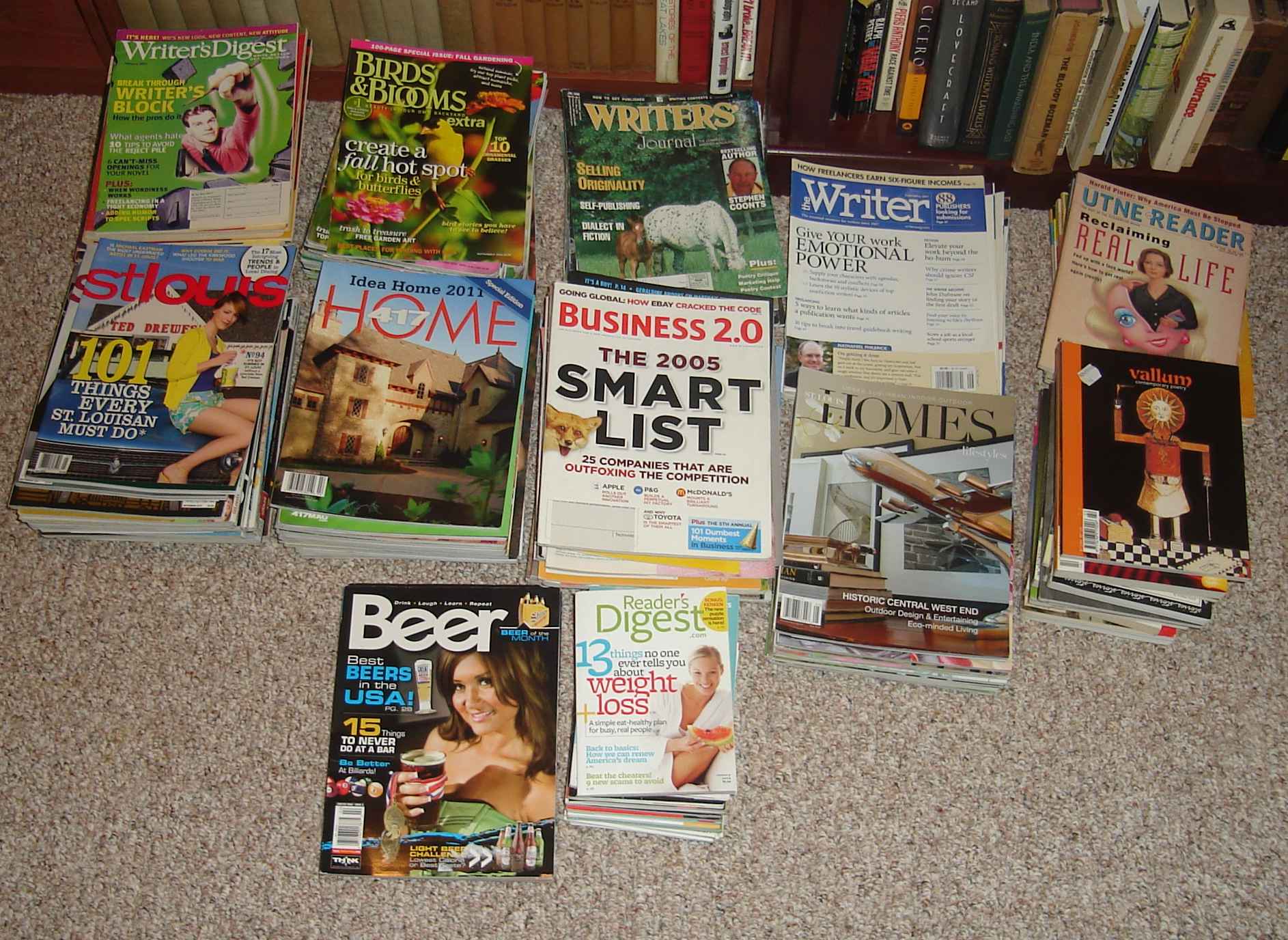 From my stash, I did not dispose of collectible magazines, such as 1960s-era Newsweeks with Reagan on the cover or old magazines with Stephen King short stories in them. I also saved all of the old microcomputer magazines I owned and the runs of Compute!’s Gazette, Run, and Commodore magazines I own.

In the living room, hidden in a trunk, I stored magazines that I have not yet read. Which includes a pile of magazines I will never read: 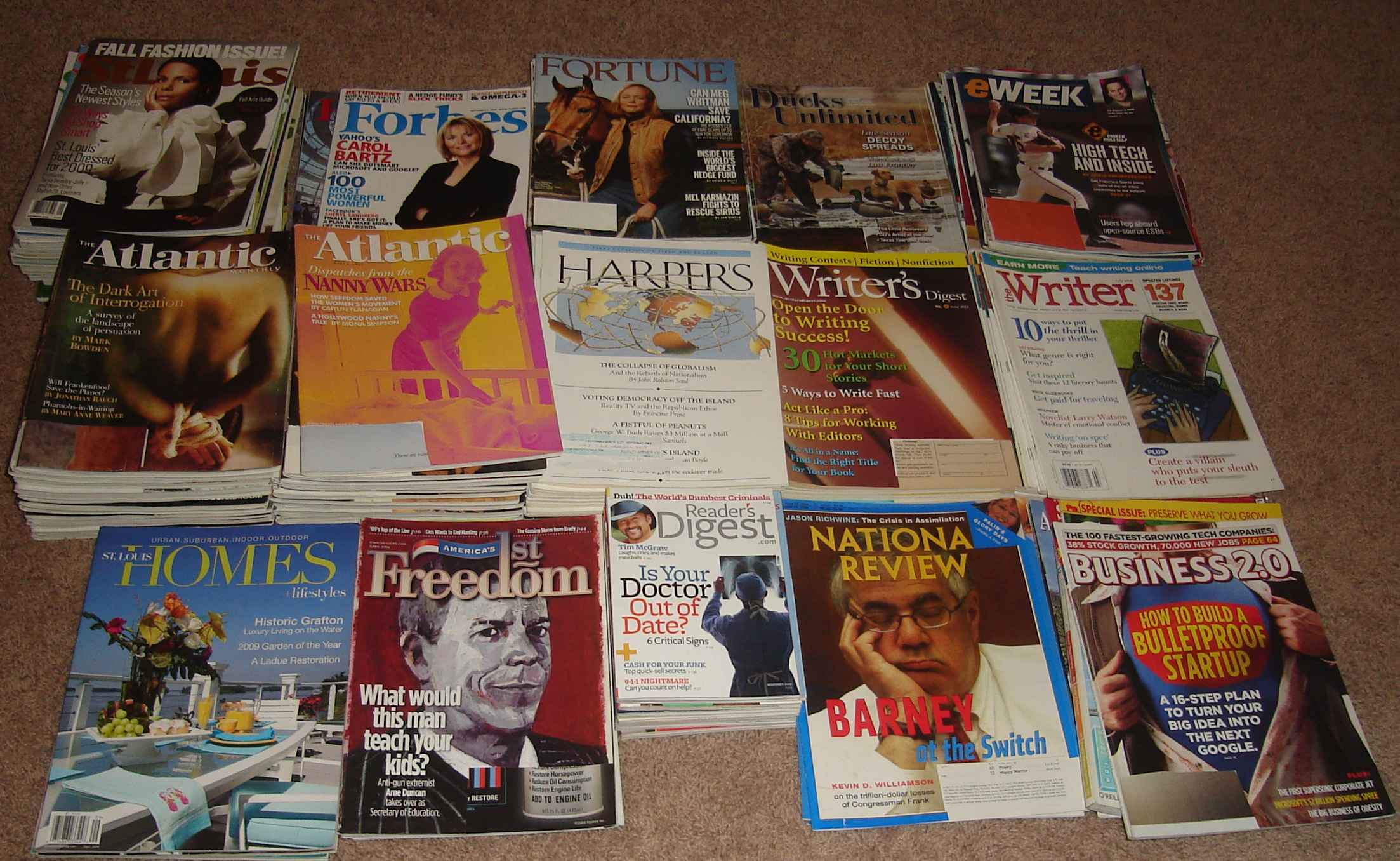 These are a backlog of magazines that I didn’t get to read and then hid away. In many cases, I’ve moved these magazines twice.

Did I save any from the trunk? Well, yes. Unread copies of Beer, History Magazine, Renaissance, and a collection of science fiction/fantasy magazines. These things contain timeless information, well, except Beer, and I still think I might read them sometime in the future.

They’re all in boxes, awaiting a trip to the garage sale collection point. I’ve read places that unloading the things you hoard gives you a sense of freedom. To be honest, I didn’t experience that. Even though I know I’ll probably not crack these open again should I keep them, I’m still a little melancholy to let them go. They remind me of eras in my life, and there are so few people who do that the little physical reminders are all I have.

As a side note, my beautiful wife said it was a shame to get rid of these things and told me it was okay if I wanted to keep them to keep them. I decided not to, though.

As a result, I have very little extra free space, actually. But I suppose I can use that space, mostly in hidden areas like my office closet and the trunk upstairs, to store other things and reduce the general clutter in my office. Maybe somehow indirectly that will brighten my daily interactions with my office. I dunno. This whole reducing possessions business is very strange to me.