As you might have noticed in one of my DeRooneyfication posts, I have been moving LPs to my parlor. Where were they before that? Some of the ones, the ones scene in the picture in that post, were in boxes in my storeroom. Others were in my beautiful wife’s office.

You see, the ones in boxes were mostly records I inherited from my mother, some of which she inherited from her mother, which is why the collection is so heavy on Reader’s Digest boxed sets and Elvis Presley titles. Many of the titles I owned or recently purchased were on my wife’s bookshelves since she has been, off and on, ripping the records to MP3s.

Since we still had room even with the polished and repackaged 45- and 78-rpm records, I went down to her office to get more of my albums to move upstairs and to listen to. Not to steal LP Cover Lover‘s thunder, but I found some things familiar and some things strange.

Now, some of the albums that I own I’ve owned for a long time, and I know they were mine. Like the soundtrack to the film Fletch: 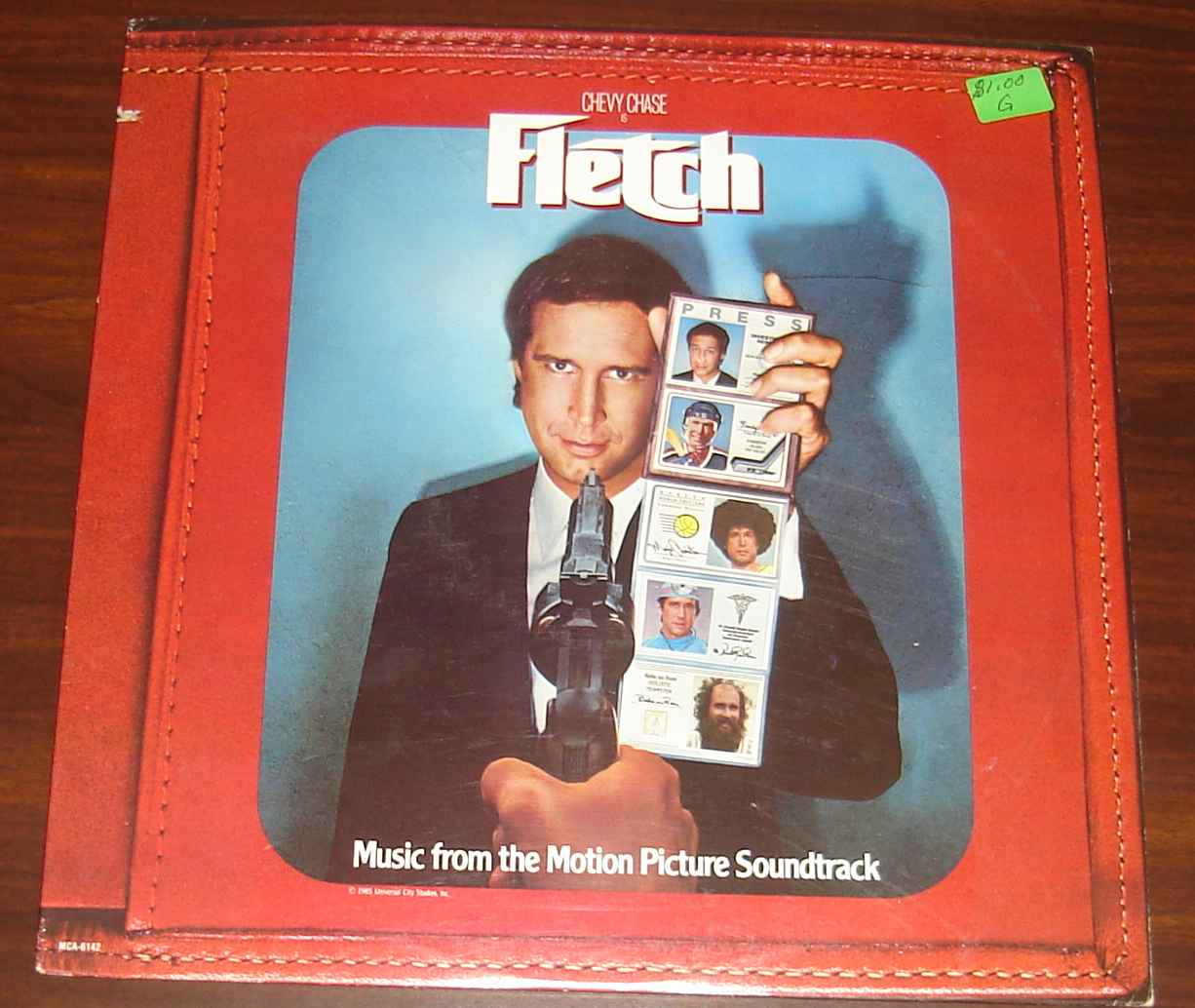 Apparently, my mother did not recognize that it was mine, as she marked it $1 for one of her yard sales. Fortunately, she marked it too high to sell. Also, fortunately, she must have kept it in the garage when she set up the sale. Unlike boxes of books that she put out on tables in her driveway and covered with a couple mils of plastic that were ruined in the rain. Ah, my mother was a saint, but she was not perfect.

I love the Fletch soundtrack, from the Harold Faltermeyer themes to the Dan Hartman “Get Out Of Town” (from the car chase scene).

I remember this Couch Flambeau EP was a find because they’re a small band from Glendale, Wisconsin, and sold as many records and tapes as they made: 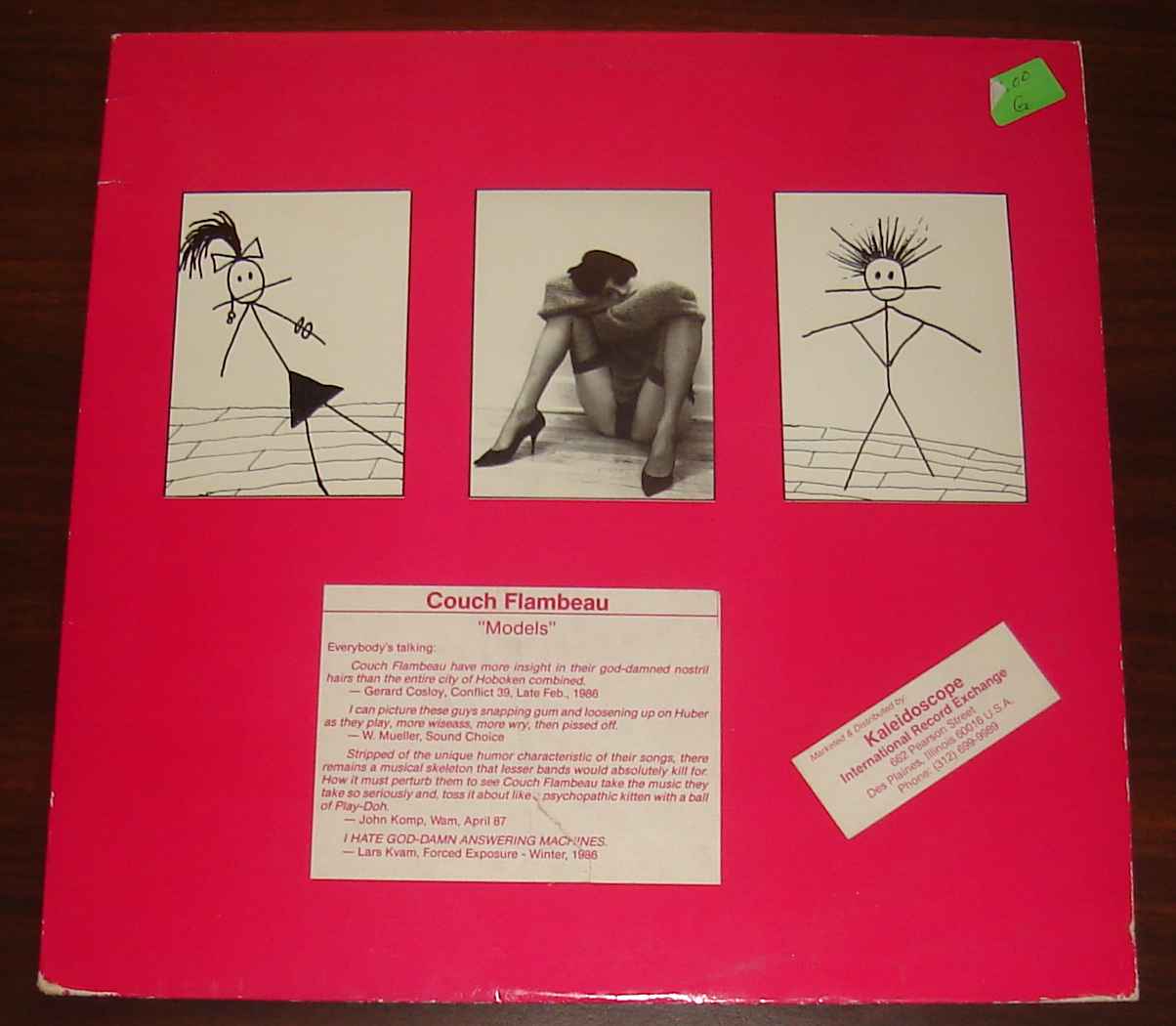 Then there are these two albums, fly on strangewings by Marian Segal with Silver Jade and Astral Taxi by Tin Tin. They were in the free box at Recordhead, a used record store in Milwaukee, 20 years ago. I picked them up, but I don’t think I’ve actually listened to them.

I have, however, mocked them.

But then we started to really get outside the realm of albums I knew were mine. As my wife bought cheap LPs to rip, I bought a bunch, too, and threw them in with hers. Untangling them was difficult.

Well, not that difficult, ultimately.

My wife has gathered quite a collection of folkish music, like Dan Fogelberg, Gordon Lightfoot, and Peter, Paul, and Mary. Me, I gather things like Mike Post records. 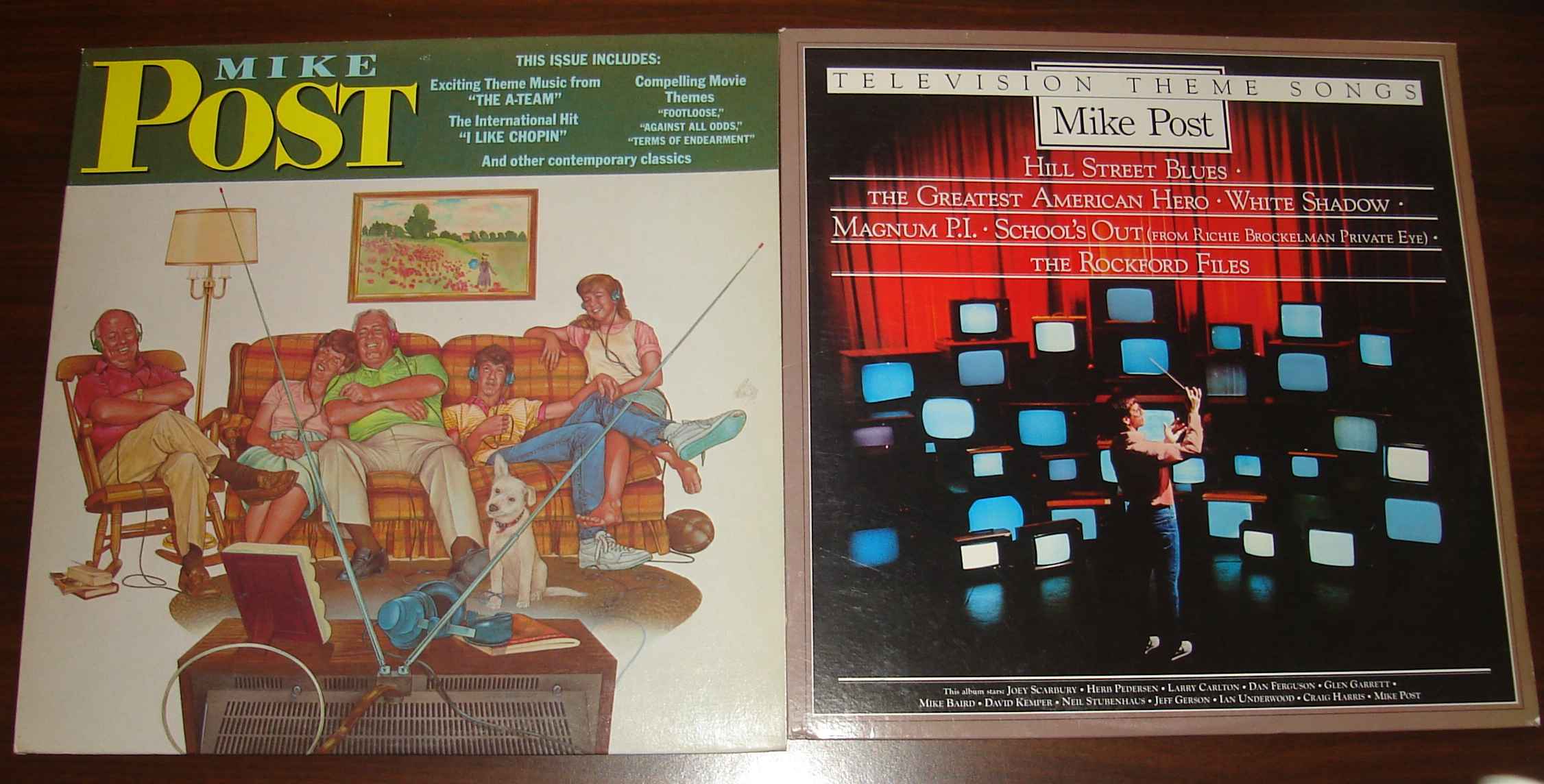 And the T.S. Eliot album where he reads his own poetry? Mine. 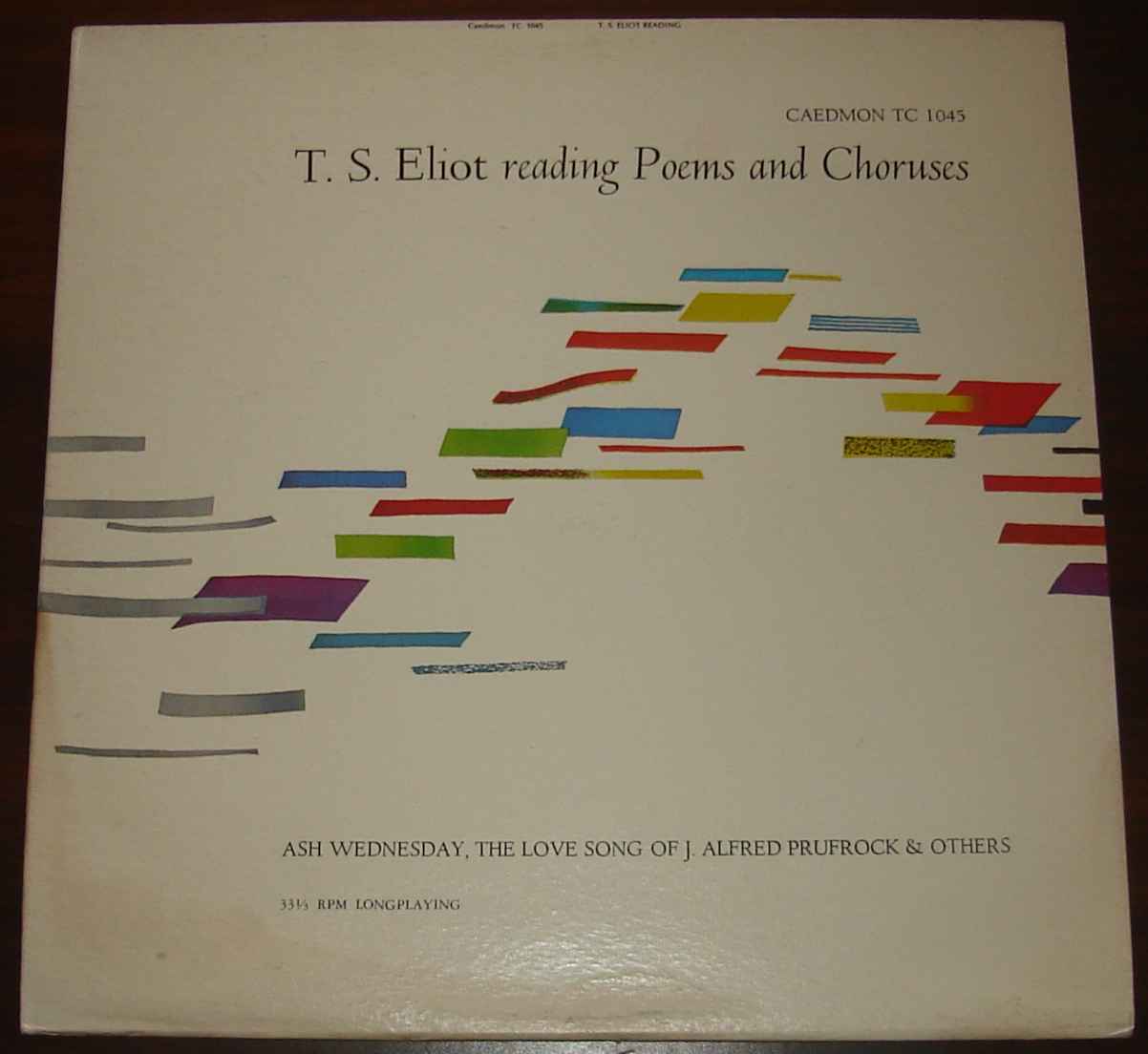 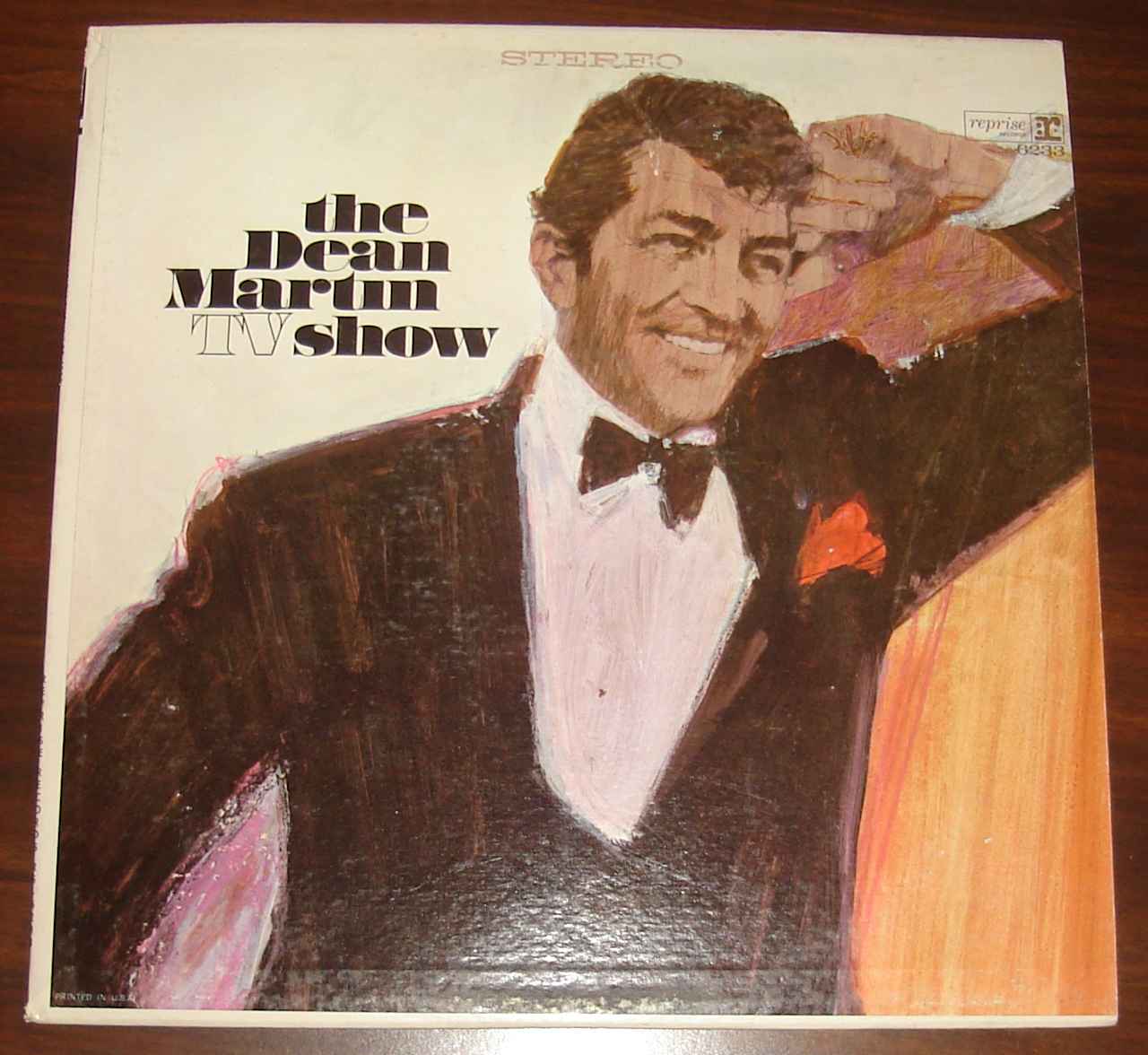 A pile of Ray Stevens? According to my wife, that’s me. And who am I to dispute it? 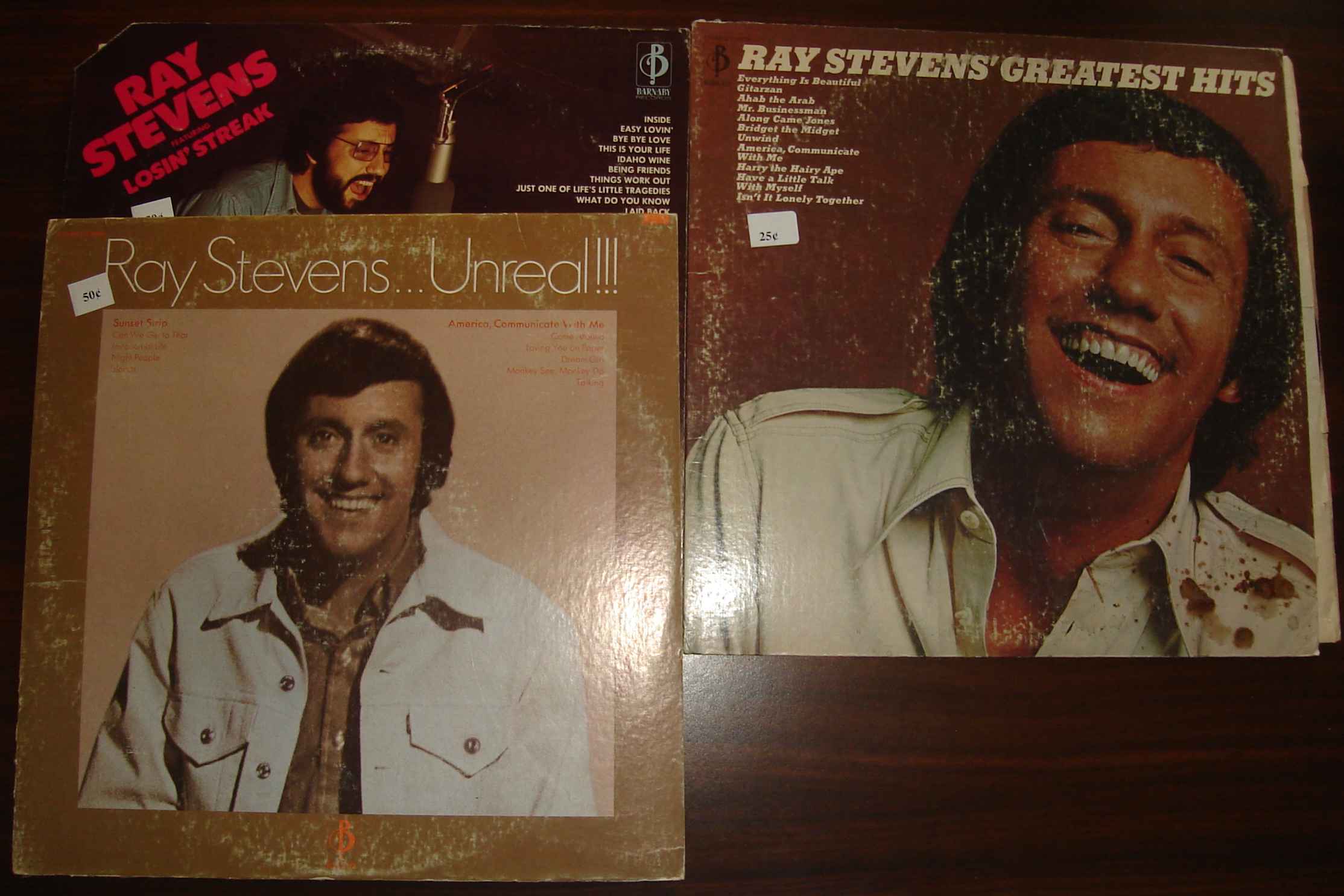 Look how young he is.

An album of polkas? 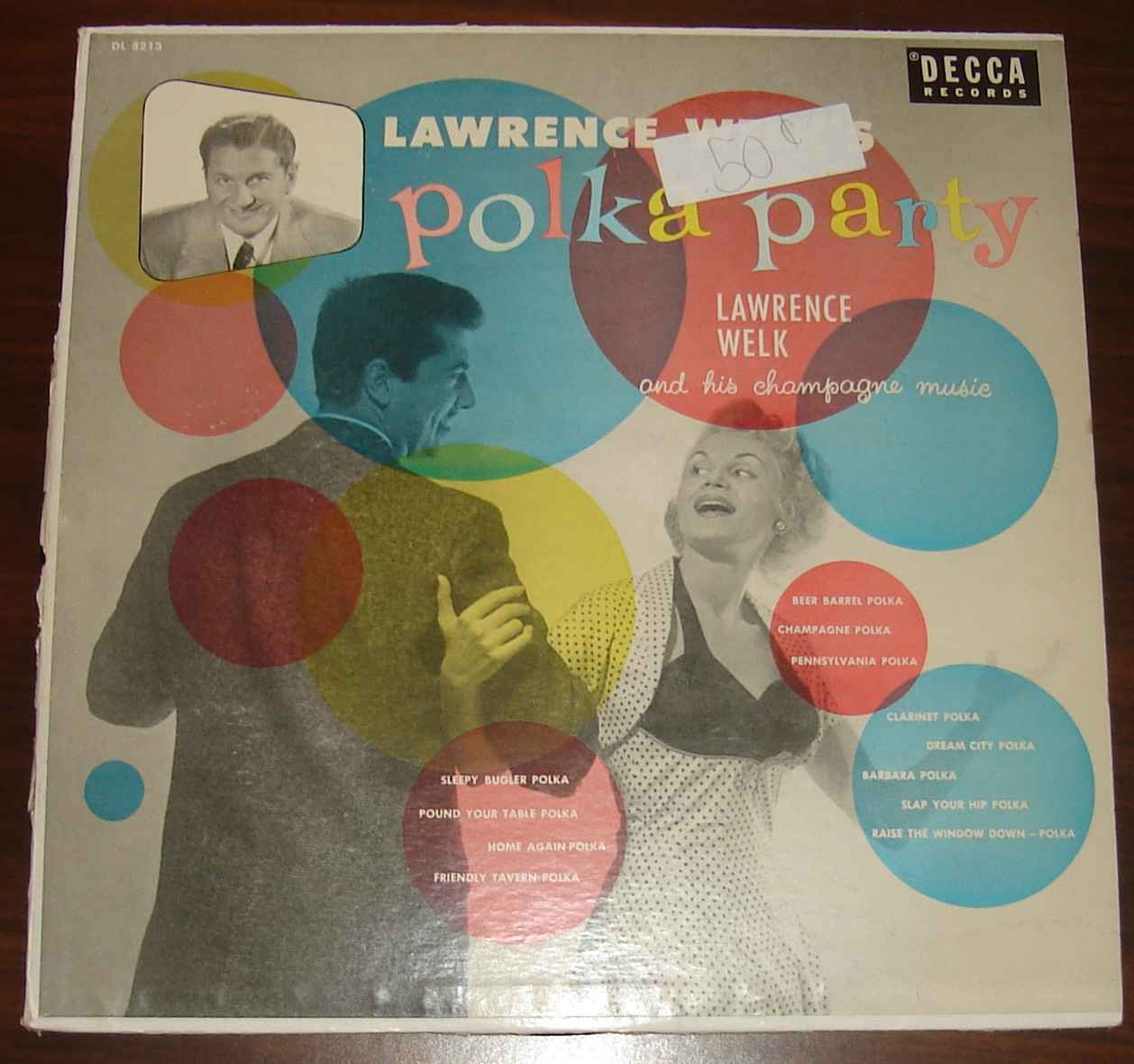 That is the music of my tribe, although I am ashamed to say that the banished Noggle brothers who were removed from the tribe after their parents’ divorce and relocation to the realm of the soft southern peoples never learned to actually dance the polka. At least I didn’t. I can’t speak for my middle brother. The youngest ha’brother? He polkas.

“This a Pink Floyd album?” I asked.

“Yours,” she said, although I wondered why I bought Pink Floyd on vinyl. So I put it in my stack. Maybe I bought it because it was an early album I didn’t have and I wanted her to rip it. 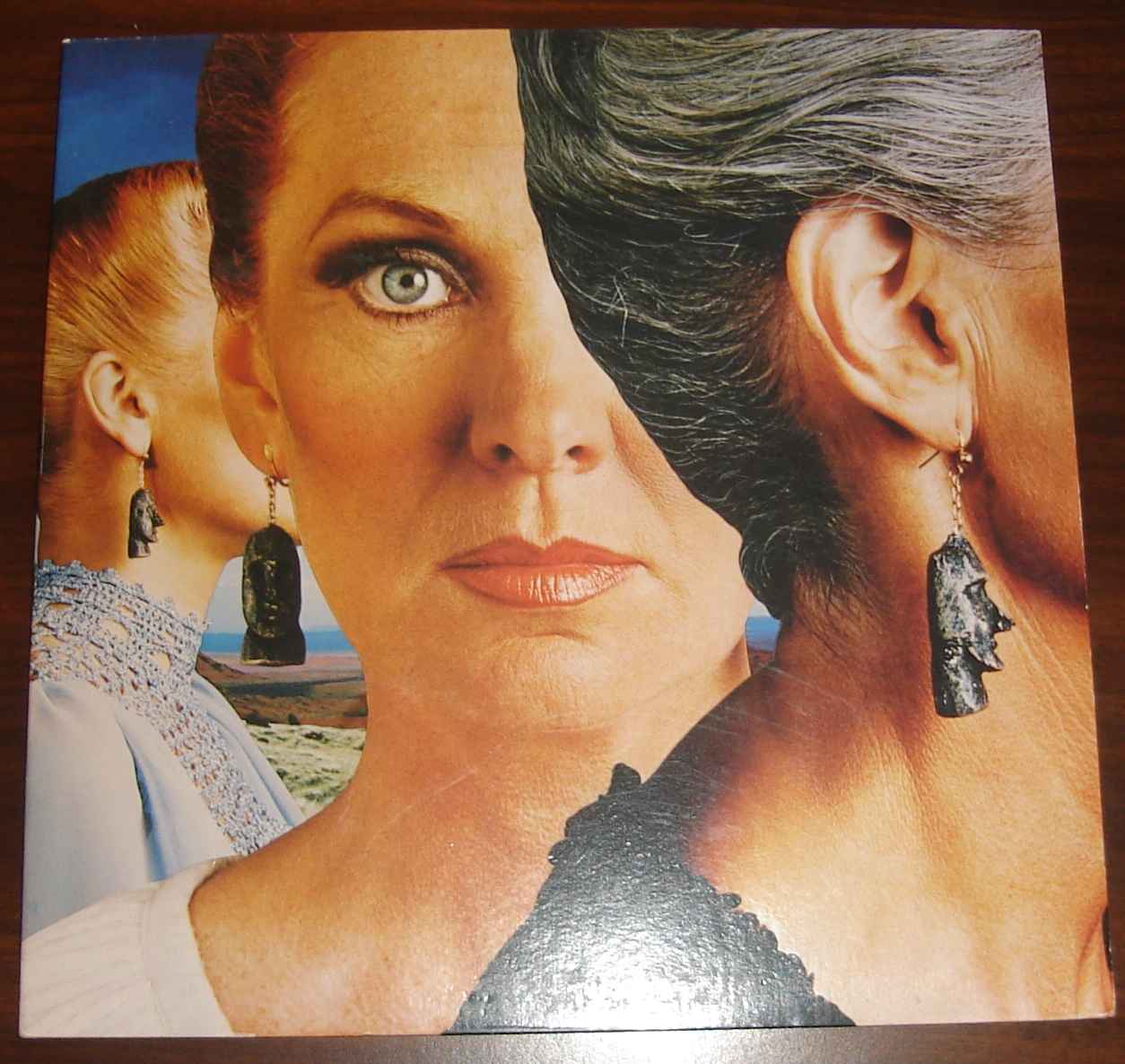 However, it’s a Styx album of some sort. Not mine.

Now, we get to some strange selections. I might have been known, from time to time, to buy music because the cover featured a woman I thought was cute. Which explains the Haley Westerna, Foxy Brown, and whatnot. So that explains:

“Music to Change Her Mind? Never mind,” I asked. 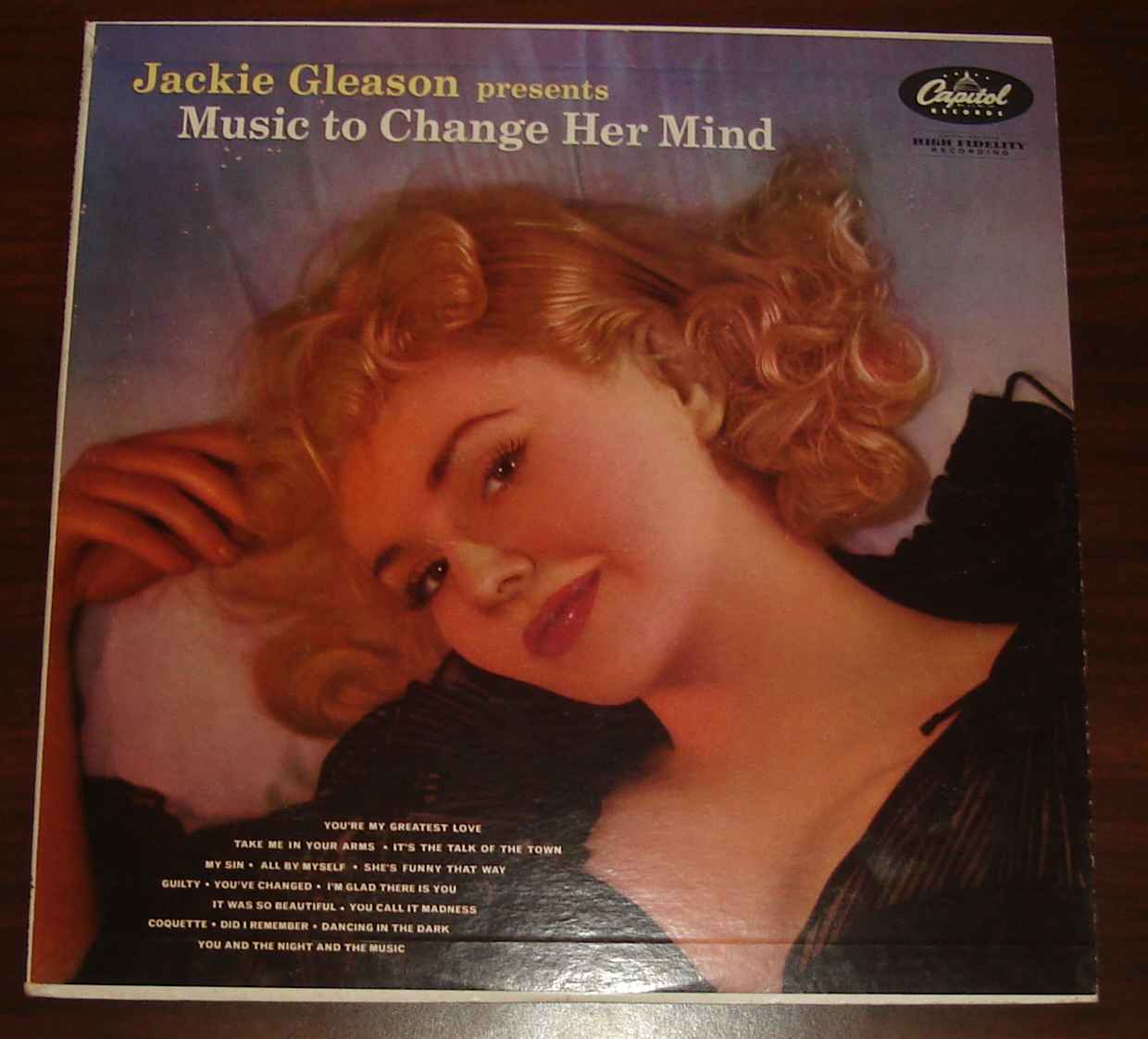 It’s a Jackie Gleason presentation. For a child of my generation, Gleason is the guy from Smokey and the Bandit and The Toy. But for generations before that, he was more than Ralph from The Honeymooners.

Then we get to the Catholic Girls. 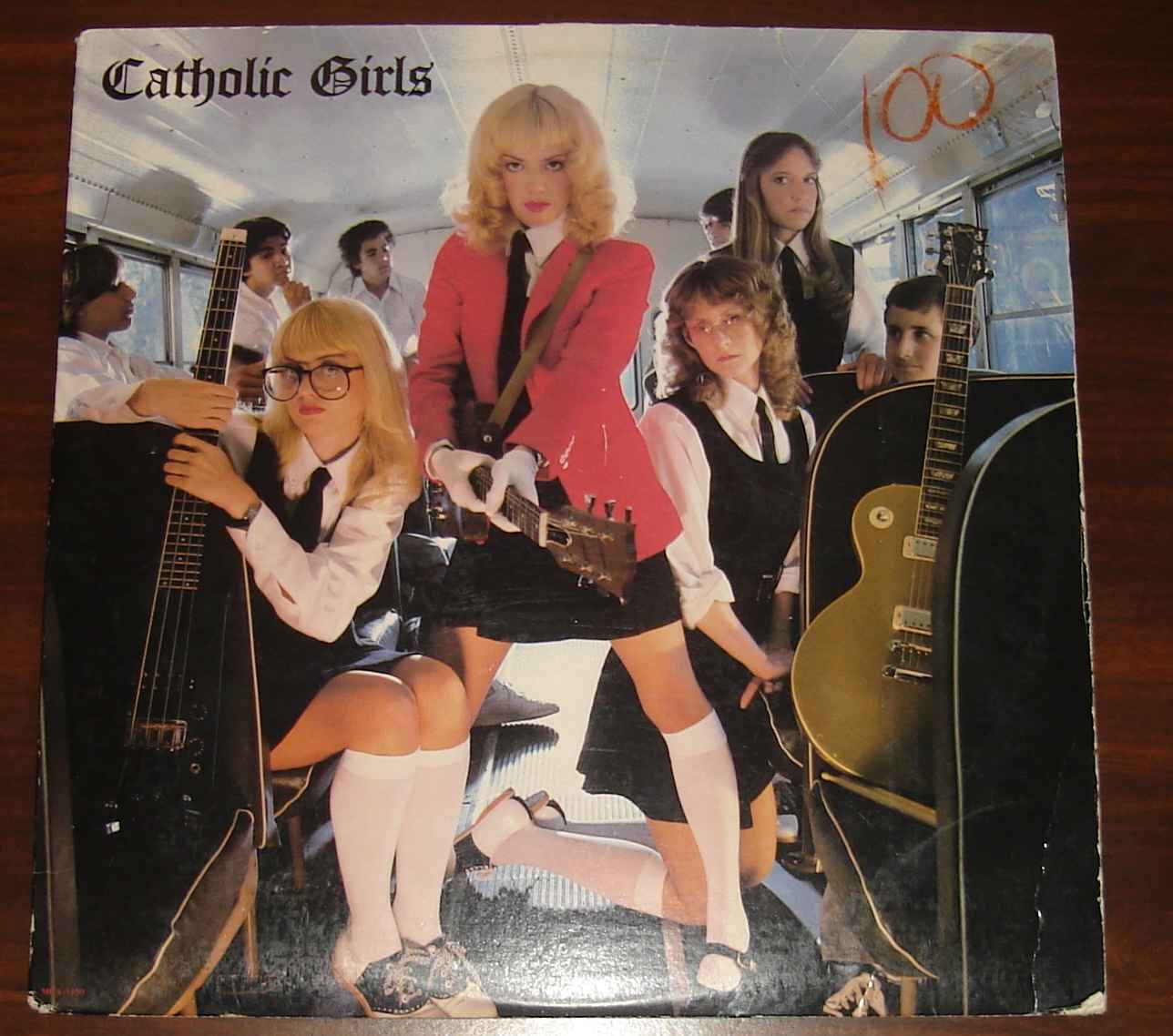 “The Catholic Girls?” I asked.

“Are you sure?” I asked. I’m not even sure what sort of music the Catholic Girls look like they play. New Wave? (Apparently rock, according to their Web site thirty years after the album was released.) It looks like the sort of thing I’d pick up on a whim.

The Shirley Bassey? Mine. 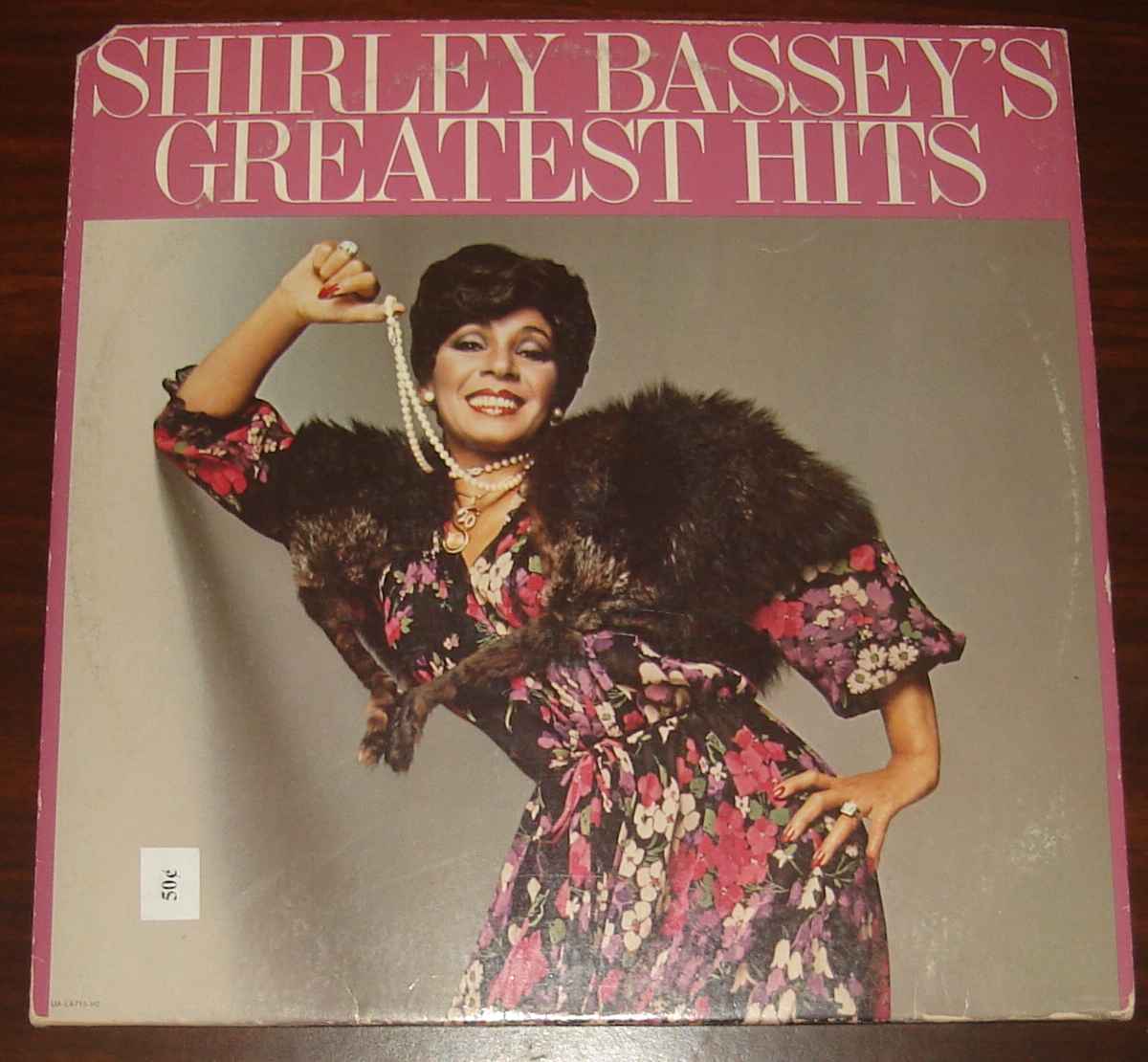 I blame Mark Steyn, who I think writes about her from time to time. Also, the former Red 104.1 FM in St. Louis, who played “Big Spender” over and over again. This is a double album, and a double album of Shirley Bassey is like eight to ten albums from a woman with a normal voice. Maybe as many as sixteen Erin Bode albums.

So the LPs are making their way into the parlor and onto the turntable, and maybe I’m just old, but playing records on the turntable is more fun than listening to an iPod or your computer run through MP3s. It’s an event of a sort, requiring one to look at the cover art, touch the record, and then pay attention to it to know when you’ll need to flip it. Playing records makes the music more than background noise.

I like it and think I need another turntable. I also know I need more space for the records.