Right after I got married, I decided I was going to take up the art of furniture refinishing since the house where my bride and I rented had a garage where I could do such things. So I acquired a couple pieces to work on, and I managed to refinish a desk that had been in the family for a while that my mother had painted a shade of housing-project-leftover-paint beige. Since that was my only accomplishment in the field, maybe I should say my hobby was acquiring wooden things to refinish.

After a little under a year in our rental, we moved to Casinoport, which had no garage. But that didn’t stop me from acquiring the occasional piece or holding onto the ones I already had. So I acquired this bookshelf at a garage sale of of Pheasant Run. I remember distinctly the woman saying she would love to see what I did with it.

The bookshelf was nothing special. A three shelf unit, finished in a light blonde color, with the interior back painted a light peach and with some almost housing-project-leftover-paint beige on the left wall of it. No problem. I’d sand that paint off, finish it a little darker, and BAM! Bookshelves.

We lived in Old Trees for three years, and when we moved to the Springfield area, we had a garage and plenty of shelving, so the bookshelf got to sit at the far side of the garage for our first two years here.

But one Sunday morning this autumn, I had a couple spare moments and nothing was stacked in front of the shelves, so I put on some gloves, slapped on some stripper, and when I started scraping to remove the beige paint, I learned it was wood filler. Finely crafted wood filler, but woodfiller nevertheless.

So the bookshelf went back into the corner of the garage until the Great DeRooneyfication of 2012.

Given the solid color of the woodfiller, I could not stain the wood (the solid color would show, as I am sure you know). Instead, I was going to paint it, and that’s an easier proposition indeed. So over the course of a week, amid other small projects, I sanded the remainder of the finish off, put in some woodfiller of my own to fix where the shelf had been dinged in the move and cloven by a zealous stripper, and applied a couple coats of black paint. And, voilà! 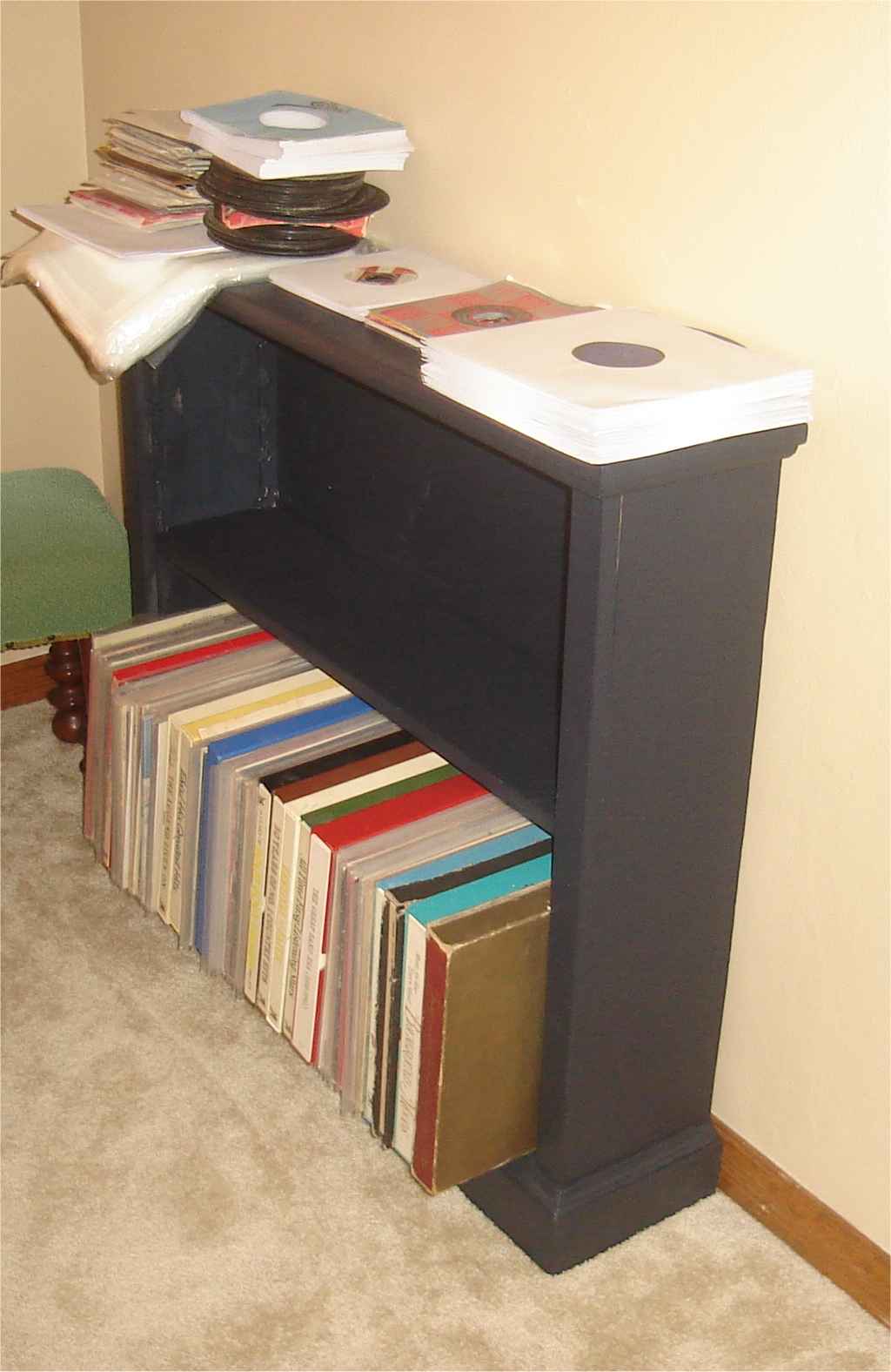 As you can see, I’ve already started loading it with not books, but records, since the shelf now sits in the parlor with our turntable. Given how long the records have been in boxes, perhaps I should count this as a DeRooneyfication twofer.

Total time to complete: probably four hours or less spread over a week of days. Total time it sat incomplete: a decade, easily: I am pretty sure I bought the bookshelf in my early garage sale days, before I was selling the pickings on Ebay and before I spent my Saturday mornings scouring the region for bargains with my friend Pixie. So it’s probably my oldest project yet.

But it’s not the last.