Now that the Milwaukee Brewers are poised to make the run to their first world title and my fanmeleon colors are changing from Cardinals red to Brewers blue, I hearken back to the year 1982, when the Brew Crew reached the World Series for the first and only time (so far). I was a wee lad living in the Berryland housing project with a freshly divorced single parent from St. Louis, and the Brewers played the Cardinals. My mother had a plastic baseball bat that she used to beat on the walls of the townhome style apartment to let the neighbors on either side know when the Cardinals scored. A couple years later, and I was a freshly minted Cardinals fan thanks to relocation and the St. Louis Post-Dispatch re-education program where the paper gave out free tickets to Cardinals games to students who got As in school.

For some reason, today I got to thinking about the lineups for the 1982 World Series, and I can give almost a complete recounting of the position players for both teams. Check it out:

* did not play due to injury, sadly.

That’s off the top of my head. Not bad. Actually, it’s better than I could do remembering the 2006 Cardinals who won the World Series. I could also take stabs at the lineups to the 1985 and 1987 World Series Cardinals teams, but some of the years will blur and blend since I followed the Cardinals so well.

For the Brewers, I misspelled Jim Gantner’s name, although I could picture him in my head. I also forgot poor Charlie Moore and transposed Yount and Molitor’s positions.

For the Cardinals, I forgot Oberkfell and Hendrick; both were gone by the time I got to St. Louis. I couldn’t name for sure the pitchers, although many of them carried on into the years of my fandom.

I guess it stuck with me because it was such a snapshot moment. I’ve followed the Cardinals off and on for 25 years or so, so I have certain eras where the players overlap, come up, get traded, and so on. But 1982, because I was young, because it was a big deal, and because I would soon move and follow another team, is set pretty tightly in my memory.

And before you ask, of course I still have the baseball cards from the era, including the special ones given out by Milwaukee police officers to prove to urban youth that the cops aren’t scary. I am a 27th Level Pack Rat, after all.

UPDATE: What, you unbelievers ask me to prove it? Here’s the 1982 Team Card: 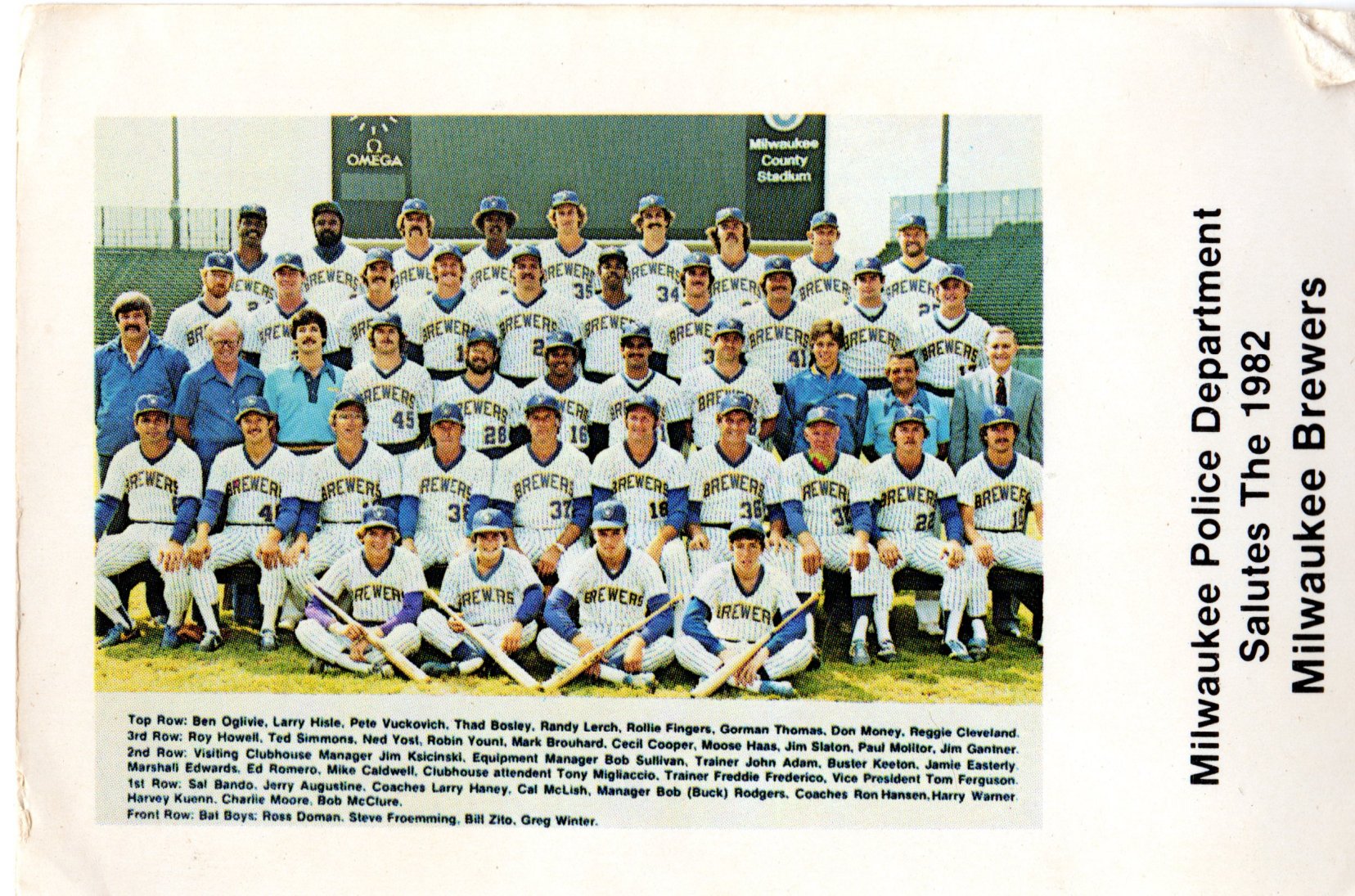 Brothers and Sisters, not only am I a Level 27 Pack Rat, but I’ve been a pack rat for more than two decades already. By the time you experience “Ultra Hoarders in 3-D” via Mynd.Net in 2021, I will be on its all-star list by age fifty.

Also, I gotta say, having a +2 House of Holding rocks. Not only can I keep all this worthless junk, but I can put my hands onto items within minutes.