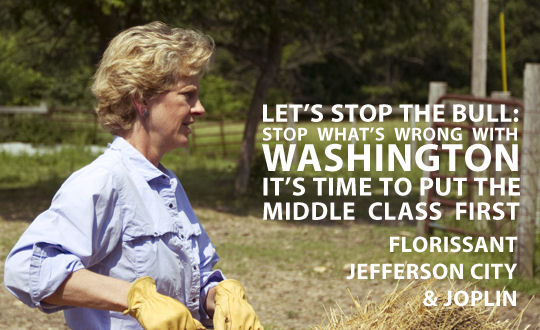 Those are some good quality workgloves. Definitely cowhide. Probably set her back $8 to $15 dollars, but they’re worth it, since they don’t tend to wear holes in them like the $4 fabric gardening gloves. Why, you could a couple hours swinging a pick or turning soil with a shade and not feel that at all.

But wait a minute. Those work gloves are clean. 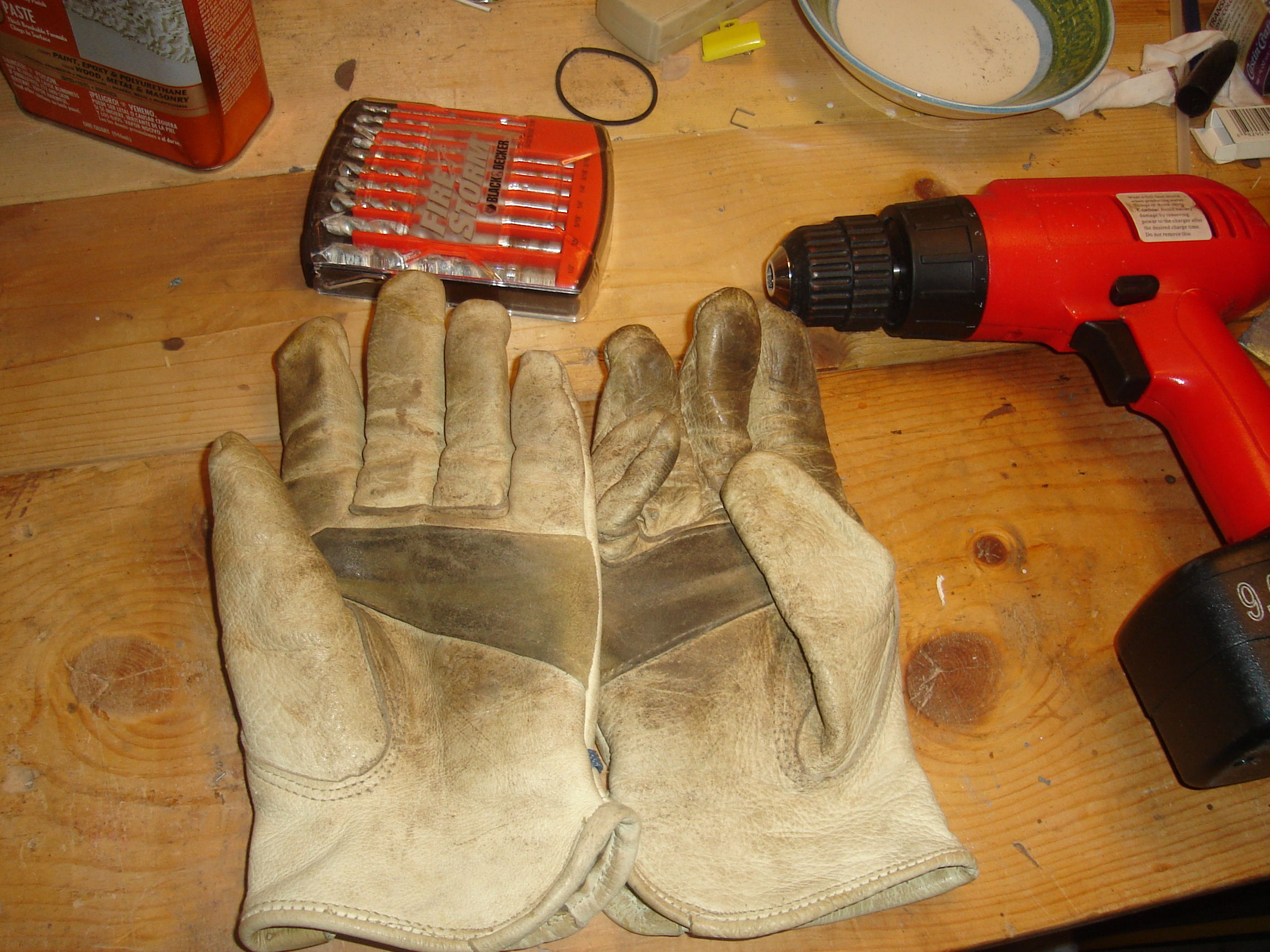 That’s some dirt and whatnot ground into those work gloves, and I’m not a manual laborer. I just wear them when I’m landscaping, sweeping, mowing, or using power tools repetitively.

Here’s another picture of Carnahan taking those gloves off after a long, grueling photo session: 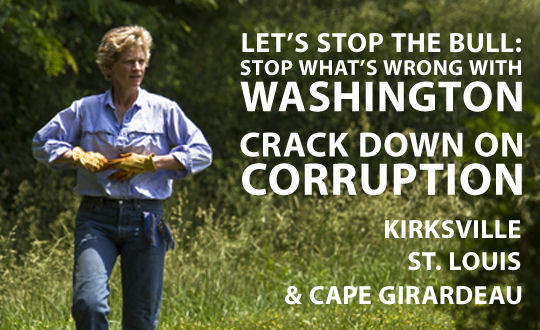 The third image from the Web site has a completely different set of gloves: 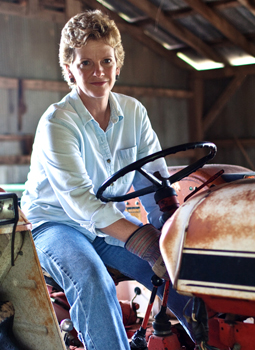 These are not her cowhide gloves. Those look like fabric gloves. Are they special tractor driving gloves? Does she have goggles and a scarf to go with them? Or am I the only peon in the state of Missouri who has a favorite pair of work gloves and uses them for most things?

Roy Blunt’s Web site depicts him in dozens of images with his hands showing, and none of them that I saw show him in work gloves. Roy Blunt is in government service, but unlike Robin Carnahan, he’s not pretending to be a brush-clearer like George W. Bush or Ronald Reagan.

(This post was far funnier in my head. Try to put yourself there for the full effect.)