For Valentine’s Day, I took my sweetie to a book fair in St. Peters. The library out there broke their book fair into three parts: paperbacks, hardbacks, and childrens books (presumably printed after 1985 and having no non-book components). This weekend was the hardbacks weekend, which apparently only included mystery/horror books, bodice rippers by Janet Dailey, two Tom Wolfe novels, and videocassettes.

No nonfiction and little, if all, general fiction. Bare slices of science fiction, and really only stuff that was near-future suspense stuff.

I got some books, many to replace Book Club editions in my library, and some videocassettes: 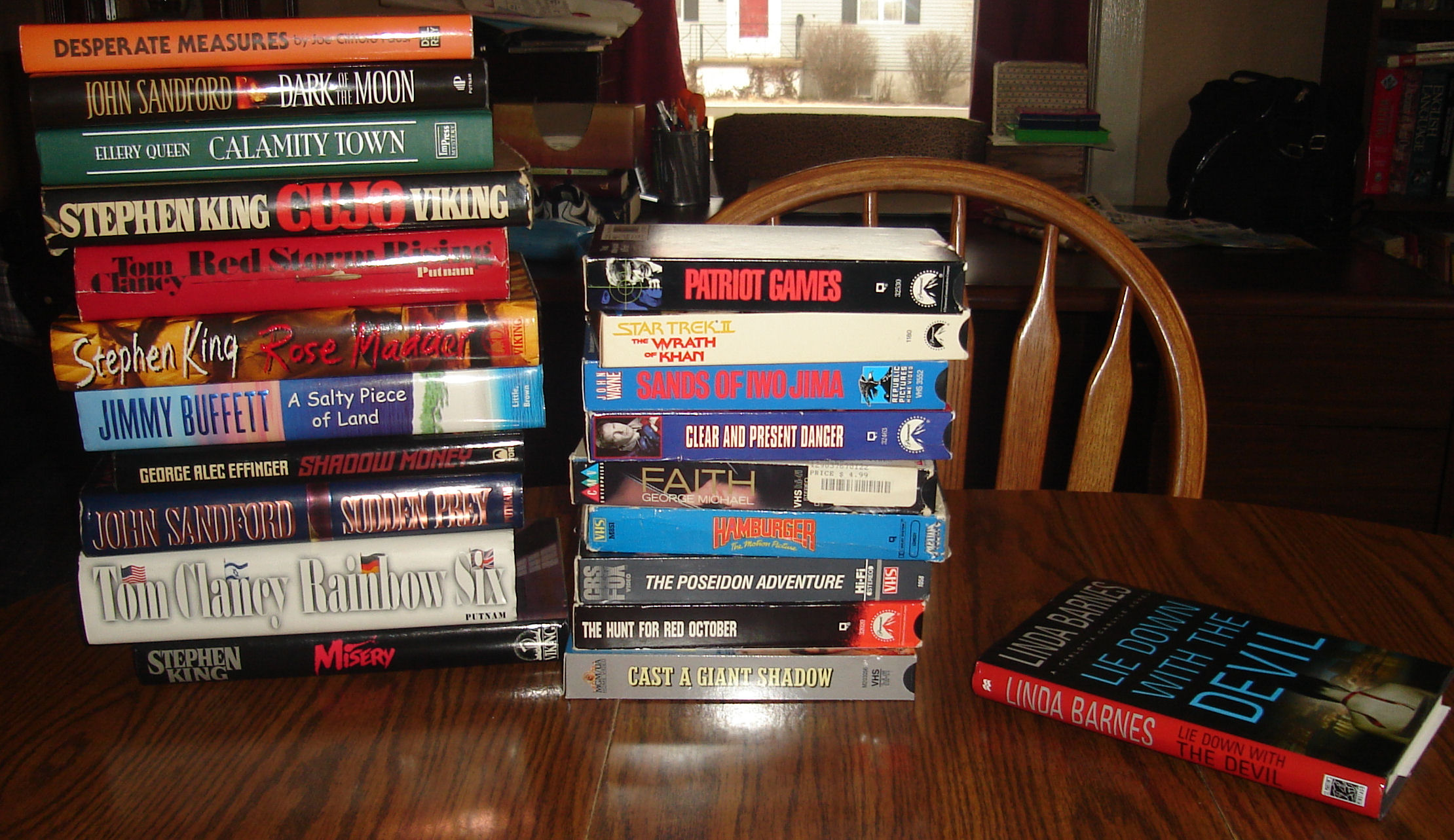 Among video cassettes, I got: