Yesterday (yes, Wednesday), my beautiful wife and I sneaked off to a church rummage sale alone together, so we had some prime browse time and a chance to pick up some books. Here they are: 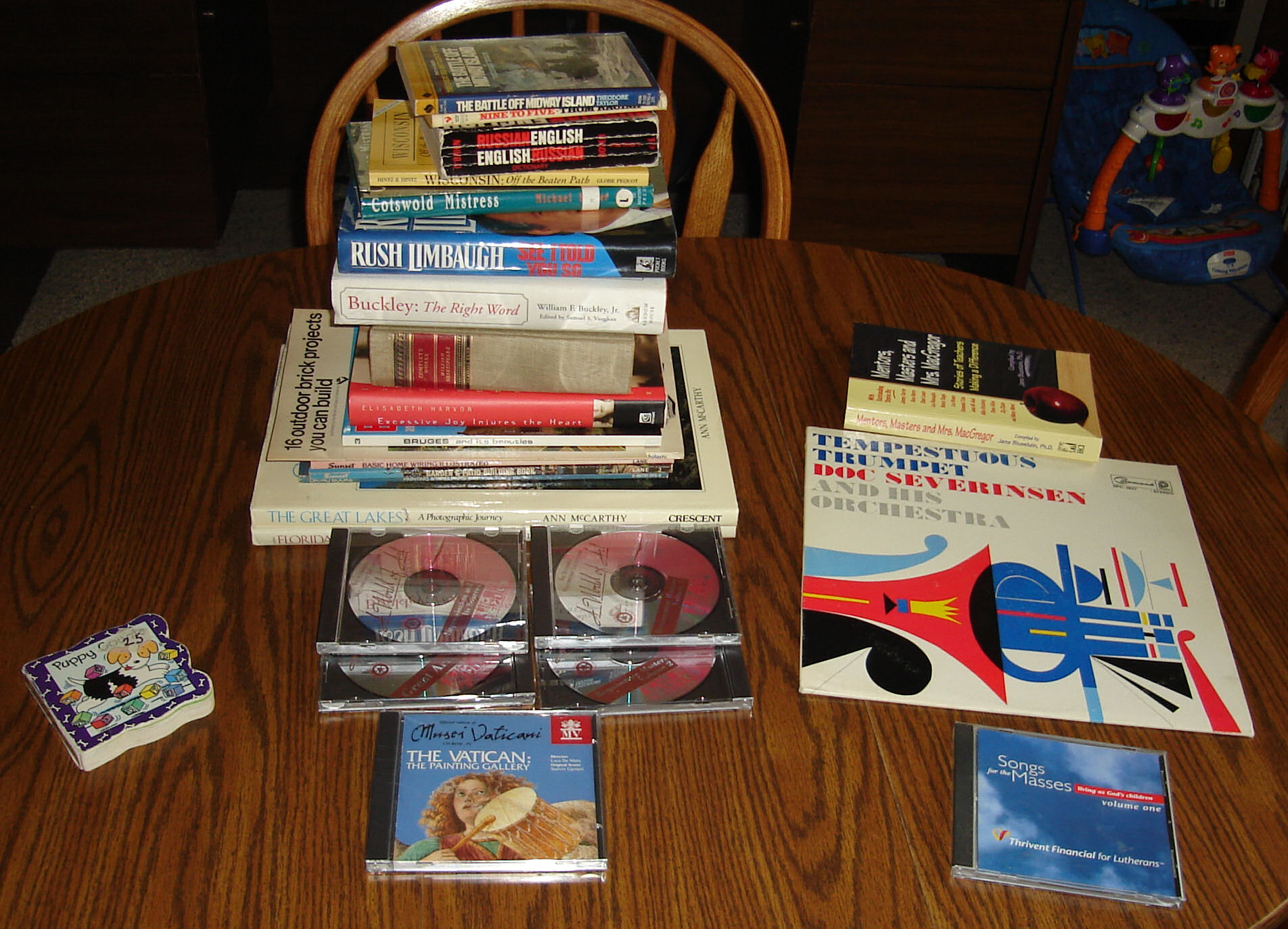 Among my purchases, you’ll find:

So there I have them. A bunch more books to read when I’m done with 600 page academic history library books.