Saturday, I did a martial arts confirmation test and foolishly went to ABC Books and then the Library Center before eating lunch, which left me ravenous for an hour while traveling. ABC Books had four members of Sleuth’s Ink, a local writing group, in to sign books, and Dean Curtis was at the library signing copies of his book The Wild Horses of Shannon County, Missouri. So I made the trip and picked up a couple of things. 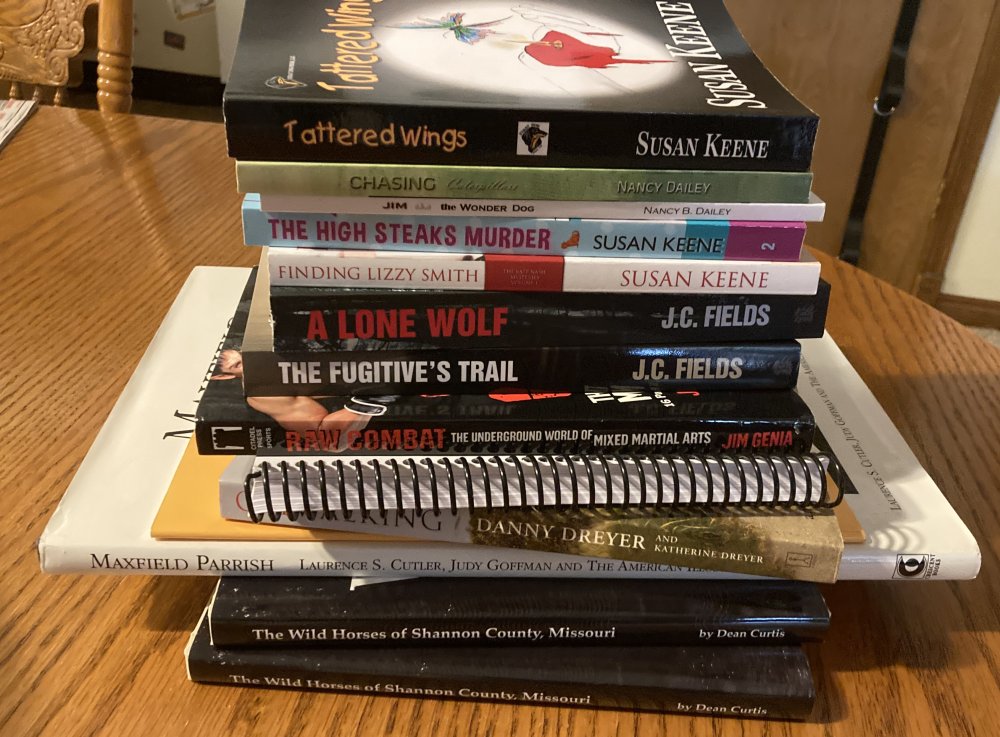 It was definitely a dangerous trip, as the Sleuth Ink authors had many titles each. So I ended up, for the most part, only buying first books in each series.

It turned out to be a fairly expensive Saturday.

After enumerating the books, I’ve put them into the stacks of Nogglestead, and it will likely be some time before I see them again. Or perhaps I will read them next because they’re on top. One never knows.