I guess there’s a comedienne coming to town, but the Facebook ad does not say who it is: 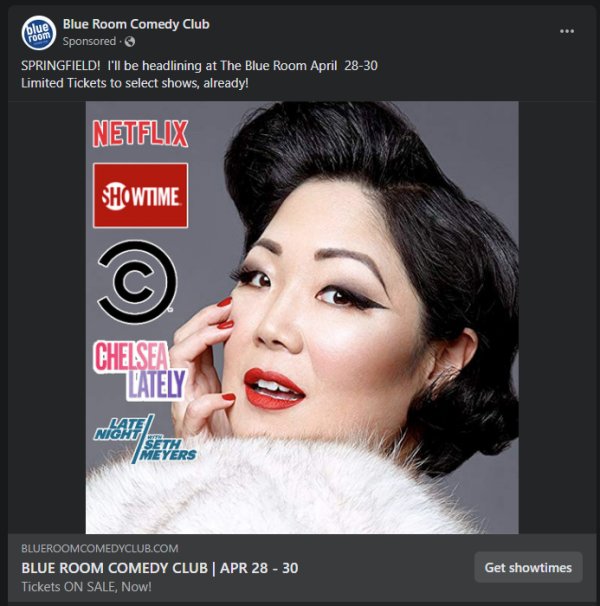 I guessed correctly Margaret Cho even though her name was not listed on the advert, and even though I was not familiar with her work on the listed programs, but I remember she was a big deal from the television program All-American Girl. Twenty-eight years ago. Right about the time I stopped really paying much attention to television or stand-up comedy. So, yeah, I could not really name any comedian under forty.

On the other hand, at least Facebook presented me with an ad for a show in Springfield. Other times, I get ads for artists I’d like to see, like Joss Stone, but she’s performing in Memphis.

Other times, I get bands I’ve never heard of performing nowhere near me.

The who? In Memphis?

And the other who? In LA? 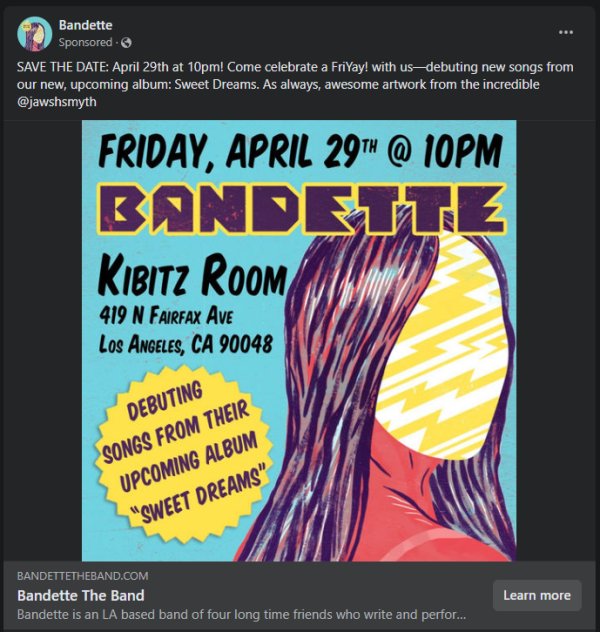 Someday, I would like to have more money than sense. But until then, no jetting off to see unknowns. Given what I’ve heard on the “free” CDs and downloads I’ve seen advertised on Facebook, I’m not even inclined to take those low-cost fliers, either.