So I am almost done with the 2021 Christmas cards.

I’ve mentioned before that I like to send the old school communications. We don’t do the custom photo card much, as that requires too much planning and getting a good picture of all of us together. Instead, I write a Christmas letter with a couple of paragraphs and pictures of the boys and buy several boxes of cheap cards to tuck them into.

Then I spend a couple of nights addressing envelopes and signing cards. I have mentioned how the whole process gives me the opportunity to reflect on the people I’ve known and only keep in contact with through unrequited Christmas cards, including distant family with whom I’ve spent Christmases past but whom I have not seen in decades.

As I said last year:

The real scandal of the Christmas cards, I suppose, is that it gives me the one chance a year to think of and to communicate in a one-way fashion with people I’ve known and I think fondly of, but not fondly enough to keep in greater touch throughout the years. Some of them are on Facebook, or were for a while, but I’m not on Facebook much any more, and I hardly saw things from them when I was, either because they stopped participating or because Facebook has curated them out of my feed for its own ends.

So, for me at least, Christmas cards are about the warm feelings they give me and are a completely selfish pursuit. But I really do wish the recipients a Merry Christmas and a blessed 2021.

The Christmas card list is dwindling, though, and the number of people for whom I write little notes is fading. So it’s a more somber holiday onanism than normal.

Also, when I went to get Christmas stamps, all the store had was otters playing in the snow. 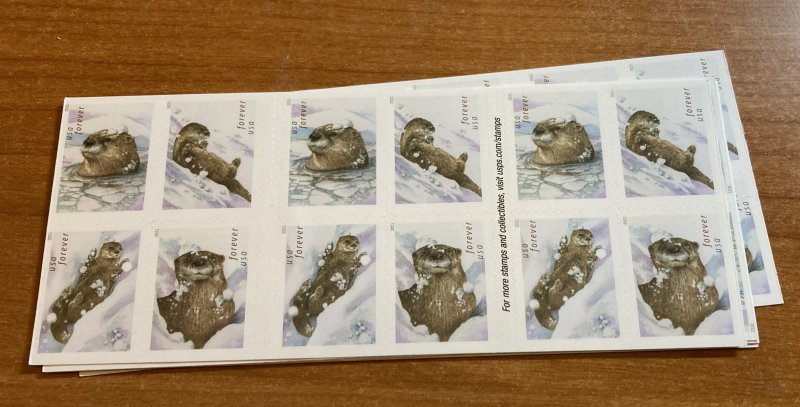 Given the recent news (Man attacked by 20 otters, bitten 26 times: ‘I thought I was going to die’), I have to wonder what sort of Christmas message my recipients will think I am sending.

I have made my quips, though. On Facebook, I said:

To make our Christmas letter fit on a single page and inside the margins of the decorative paper, we eliminated any mention of our second son.

Let’s see if anyone notices.

It’s not true, but I inattentively signed one card Brian, Beautiful Wife, and Son #1, and Son #2 because I went with the and too early.